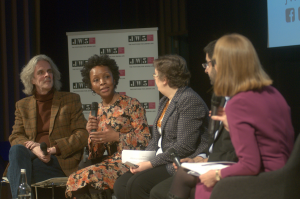 Religion Media Centre trustees and advisory board members joined others to organise the inaugural Religion and Media Festival, Exploring Belief, which took place at the JW3 centre in London in March 2018.

A stellar cast of panellists and speakers including James Harding, Mark Thompson and Frank Cottrell-Boyce addressed why and how religion is reported and portrayed in the media.

>> Would you like to know about future events? email info@religionmediacentre.org.uk

Broadcaster Roger Bolton suggested that the media in the UK should reflect that 84% of the world’s population have a religious affiliation, yet broadcasting hours were in decline. Speakers throughout the day analysed whether this was because the media is generally secular and against religion, or because stories about religion couldn’t compete with news from other areas of public life. 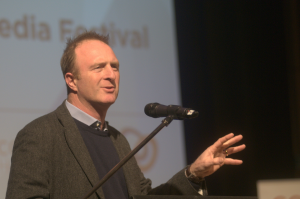 James Harding, former editor of the Times and former director of BBC News, said: “There’s  often an assumption among people of faith that newsrooms are secular if not arrogantly atheist. That’s not been my experience. Many people who don’t believe in God work in news, but there are plenty who do and there any many people for whom their identity, history and life are all bound up with religion, belief and a sense of belonging.

Mark Thompson, president and CEO of the New York Times and former director-general of the BBC, joined the conference by Skype and said the idea that religion has ceased to be a force in society is manifestly not true.

He said: “Whether reporting Northern Ireland or conservative politics in the USA, I think great journalists are open-minded about everything including faith. In the late 70s and early 80s there was a view that religion shouldn’t exist, and very soon won’t exist, and is therefore quite an irrelevance. But the central task of journalism, of trying to understand what is happening in your own country and the world, is indissolubly linked with questions of faith.”

Criticism by faith groups that they are misunderstood and misrepresented by a media which is out of touch was given full vent in a panel debate, chaired by Emily Buchanan.

Miqdaad Versi, assistant secretary-general of the Muslim Council of Britain, has made numerous complaints to newspapers about the coverage of Islam, resulting in 50 corrections in the last 18 months: “Religious coverage seems to be very focused on negativity, this is problematic as polls show that the majority of people in this country find out about Islam through the media. Some of this is pure inaccuracy, but some journalists have a pre-held prejudice. 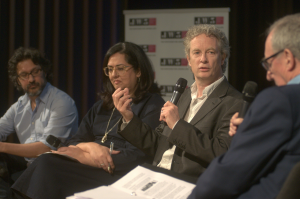 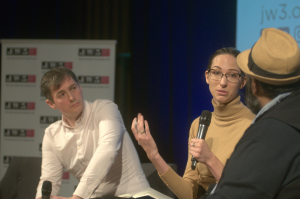 Her work in countering terrorism and violent extremism showed the importance of enabling community voices to be heard: “You see hate-based extremist movements that utilise and cling on to religion for legitimacy, but the internet allows the loudest active people to get attention in a way that they couldn’t before. We need to create an infrastructure that promotes positive voices and help community voices to upscale and help bring their voices online.”

The report author, Mark Friend, said a network of specialists will be created in production areas, to ensure that experts on religion, already working within the BBC, join together to achieve these goals. BBC TV commissioning editor Fatima Salaria said she wanted to make religion and faith feel exciting and relevant. Programmes such as Muslims Like Us had prompted people to look at Muslims in a completely different way, that they are not the same. Mohit Bakaya, religion commissioner for BBC Radio, said radio broadcasts, downloads and podcasts reached millions of people. “Radio 4’s strategy is to try to understand how faith is shaping and has shaped our world today.” 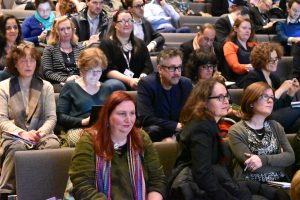 Understanding the audience was another key panel debate. Katie Harrison, director of the Faith Research Centre at Comres, explained that although 53% of the UK have no religion, one quarter of this segment pray, believe in life after death or in angels. Also the population is not static: “Numbers of people identifying as Christian and Muslim will increase across the world, according to projections.”

The golden moment for many was an interview with Frank Cottrell-Boyce, by broadcaster Hannah Scott-Joynt. In a deeply personal contribution, he spoke with immense humour about faith as an important dimension to his work in film making, which “busts you out of the prison of the present”.  He had come to recognise his calling as contributing some grace and wonder into the world through his work. With a Catholic heritage, he said, “Judaism is the mother of my faith and the father of my socialism.”

The festival closed with a reception for the newly formed Religion Media Centre, which aims to address the issues raised during the day. Chair Michael Wakelin said: “The festival was enriching and challenging, with contributions and audience interventions from top people in the media world and leading thinkers on religion and public life. We hope it will be the first of many. It proved the need for the Religion Media Centre, which seeks to help journalists cover religion through providing context and comment.” 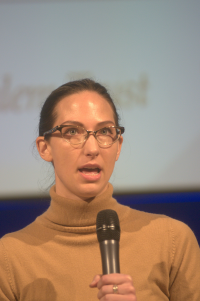 The Religion Media Centre runs a programme of events for journalists, press officers and commentators on religion. These include ‘Chatham House’ discussions; seminars relating to news stories and opportunities for media professionals reporting and reflecting religion, to meet one another. Please keep checking our events page for further information.

By Lianne Kolirin UK news The first four doctors to die of the Coronavirus in Britain, while fighting on the pandemic’s frontline, were all Muslim. The contributions of Alfa Sa'adu, who had come [...]

The NHS, our national religion

By Linda Woodhead When faced with a biblical plague, the British turn not to God but the National Health Service. It is our national religion, the one thing sacred. It is here rather [...]

By Lianne Kolirin UK •  A trainee Anglican priest stranded on the Solomon Islands has told The Times that he is likely to be one of the last Britons to be repatriated. Sam [...]

By Tim Maby, 31 March 2020 The national lockdown to protect against the spread of Covid-19 is having a major effect on a stream of religious festivals due to take place this spring. Ceremonies [...]

Coronavirus and religion update - 31 March, 2020 More than half (55%) of American adults have prayed for an end to the spread of the coronavirus, according to a Pew Centre research survey. [...]

By Tim Wyatt The UK coronavirus lockdown has shut all places of worship but this has not meant the end of  worship for many synagogues, mosques, churches, temples and gurdwaras. Thousands of believers, unable [...]

By Tim Wyatt, 30 March 2020 Here are the latest religious news stories from across Britain and around the world. JUDAISM: The coronavirus continues to take its toll on faith communities. A popular [...]

Here are the latest religion news stories from across the UK and overseas. UK Clap for our carers – sacred NHS At 8pm last night (Thursday 26 March), hundreds of thousands of Britons [...]

By Tim Wyatt, 26 March 2020 As the coronavirus pandemic continues to dominate world headlines, here are the latest religion news stories: The Pope, Vatican City and Roman Catholics: Yesterday, Christians around the [...]

By Tim Maby As the number of deaths from Covid-19 is quickly increasing, undertakers are worrying that they, like health staff, lack adequate protective equipment and training.  The need for the speedy disposal [...]