Analysis: How do we achieve social cohesion? Start with a little trust

Since the 9/11 attack, 19 years ago, successive governments have seen faith, especially Islam, through a prism of security concerns. Worries about “extremism” have not distinguished between a willingness to use violence for political ends, and the embrace of beliefs and practices that are far from the mainstream of secular, largely post-Christian British culture but do not entail any violence at all. Faith has been seen as a problem with the potential to disrupt society rather than one of the factors that hold it together.

A report commissioned by the British Academy and the Faith and Belief Forum (F&BF) attempts to reverse this approach, and to promote organised religion (and irreligion) as one of the most important ways in which society can strengthen itself.

The report says: “Cohesion policy has been disproportionately dominated by concerns for national identity, security and loyalty. This reflects how such policy has been shaped in response to specific crises, rather than by a desire to pursue social cohesion as an end in itself. In this model, faith is implied as a concerning ‘other’ and a risk factor for things going wrong; it has also often been subtly racialised as the preserve of ethnic minorities in a broadly secular mainstream.”

This approach has led to considerable strains, especially in the educational field, where both the Prevent programme and the wider problem of “faith schools” have been extremely controversial. As the report says, the Prevent programme “often requires people with low levels of religious literacy to determine whether they think a person is at risk of religious radicalisation.”

How long can this government attitude towards religion be sustained? The report argues that both social change and economic pressure are undermining the current orthodoxy where a secular state apparatus pushes religion to the margins of public life.

Just like the recent Theos report on religious London, the F&BF report points out the highly religious and perhaps surprisingly Christian nature of Britain’s immigrant population. Using figures from the 2011 census, nearly half the foreign-born population of the UK identify as Christian and a further fifth as Muslim. Only about one in six say they have no religion, whereas more than half of the native-born British now do.

This means that there is a large and growing sector of the population for whom faith is much more important than policy-makers often assume. To the extent that this population is acknowledged, it is treated as “other”, faith is further pushed to the margins of public debate. Faith is sometimes “subtly racialised” in the context of immigration and indeed community integration.

Working against this pressure, though, is the increasing role they play in supplying welfare services that the state withdraws from. The most obvious example is the supply of food banks, which is very largely the work of faith-based charities such as the Trussell Trust.

Such measures meet deep suspicion from people who distrust either the outsourcing of welfare to the public sector, or the charitable motives of religious bodies, or both.

The underlying suspicion is whether faith groups build up trust within their members and the expense of increasing distrust towards people of other faiths or identies. In the jargon of sociologists, trust within groups is known as “bonding” social capital; trust between groups as “bridging” social capital. In some circumstances these have to be traded off against each other, The tight trust and coherence of the in-group is bought at the expense of distrust and even demonisation of an outgroup.

Perhaps the most original argument of the report, and the one with the most potential to change policies over time, is the belief that this tradeoff is not inevitable, Under some circumstances, “bonding” capital strengthens “bridging” capital, whether through self-conscious interfaith links, or simply by reducing the amount of insecurity and hence distrust in society.

By learning to trust the people we know in our communities, we learn also how to trust those outside them. This is a view of the role of faith communities which is in line with a lot of traditional conservative thought. Perhaps it will come back into fashion again. 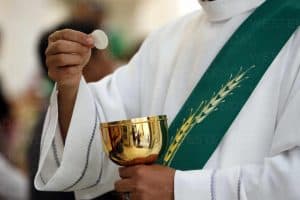