More than 70 representatives from faith groups and media organisations met in Nottingham yesterday for the third of the Religion Media Centre’s Creating Connections events aimed at improving their working relationships.

The event, held at Nottingham Trent University, was opened by Professor Harminder Singh Dua, the High Sheriff of Nottinghamshire, who reminded the gathering that the saying “no news is good news” did not apply to journalists.

Moreover, he said it was unfortunate that for the media “good news is no news” and it was then a short step to arrive at the position that “bad news is good news”, because it sold newspapers.

His message to journalists was to be accurate and honest and balanced and to check for bias. “It’s true for all reporting but perhaps particularly for reporting on faith and religion that, because there are such huge sensitivities in these areas, anything that is said has the potential to be divisive and to dent confidence in the media,” he added.

The need to develop trust between the media and faith groups was a recurring theme throughout the afternoon with Musharraf Hussain, from the Karimia Institute, expressed a common frustration among Muslims about negative depictions of Islam in the media.

The Rev Ken Johnson, of the Nottinghamshire Standing Advisory Council on Religious Education, gave a presentation on the county’s religious complexion. According to the 2011 Census, 44.23 per cent of respondents identified as Christians — “whatever that may mean” Mr Johnson said.

Those of no religion or other worldviews made up 43.06 per cent of the population — a finding that led to a project by Nottingham Trent University that stepped outside the categories of religion to explore what people understood as sacred.

Nature featured prominently in their understanding, with the city’s arboretum being identified as one of the city’s most sacred spaces.

There followed a presentation by Dr Tim Hutchings from Nottingham University on religion and digital storytelling. Digital media meant that religious groups could create new voices, new networks, new rules and rituals and new experts and expertise, he said. He concluded by asking whether, given this new landscape, society still needed journalists. The question was immediately put to journalists on the media panel, which included me.

I suggested that the reporter’s role was to listen to the new voices, explore the new networks and their rules and rituals, get to know the new experts and assess their new expertise and then to tell a story that was accurate, well evidenced, balanced and holds people to account.

Marcus Alton from Arch Communications said a journalist was someone who absorbed many different pieces of information, and then tried to make sense of it.

Sarah Chapman, deputy managing Editor of Reach plc Midlands, said most journalists behaved in an ethical way and explained the process of their training in media law and journalistic standards.

She said journalists were looking for stories about people and the space for content online was infinite, but journalists were now more desk-bound, especially since the pandemic, and she advised people to be proactive and to contact newsdesks with stories: “If you don’t tell us, we don’t know about it. We can’t get around as much as we used to,” she said.

People wanting to get a story into the media could help by getting to know local journalists and building a relationship of trust, she added.

Simon Ford, a digital content producer and skills trainer, said journalists looked for someone at the heart of the story and a willingness from those involved to spend time talking, explaining and developing those relationships.

The Rev Frances Finn, presenter with BBC Radio Nottingham and Notts TV said she could never cover all the fundraising and activities carried out by faith groups and that therefore the onus was on them to be alert to their stories’ human angles, which engage the emotions and makes their story stand out from others.

Patrick McKinney, the Catholic Bishop of Nottingham, told the room: “Journalists make me feel nervous. We’ve got good stories, we’re at the heart of the community, but sometimes I’m led down a road in interview that I don’t want to go down and that makes me uncomfortable. But my takeaway from this event would be to be more confident in asking for clarifications or time to amplify answers.” He suggested faith groups might benefit from more media training.

The journalists also spoke of the need for training in diversity and inclusion. Ms Chapman said journalists needed to know about the whole spectrum of people they were reporting on, rather than making assumptions.

Her own company was doing a lot of work around this, including running an internal network on faith and belief. But it recognised that it was a long road and the journey was about making connections. 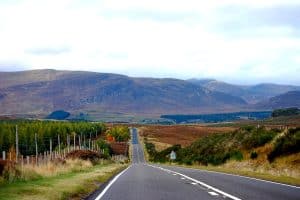