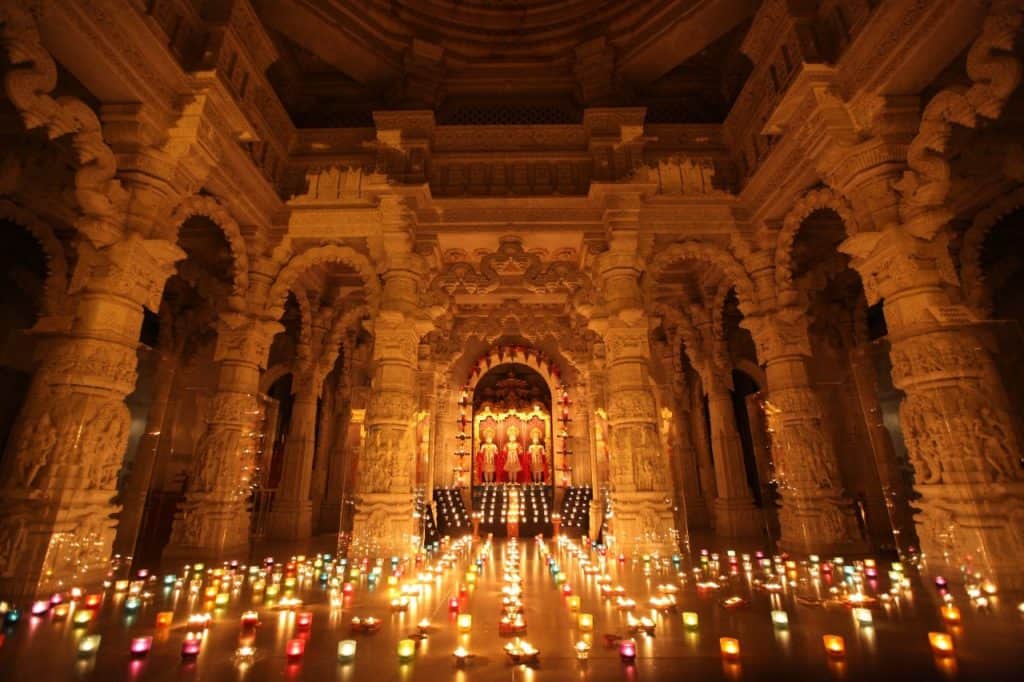 The Independent Press Standards Organisation has issued new guidance on the reporting of Muslims and Islam. It says the key challenges are accuracy and discrimination. An attempt to draw up guidelines backfired a year ago, when a draft document was leaked to the Spectator, which alleged that activists campaigning against press misrepresentation of Islam had been involved in drawing up the guidelines. This time, the guidance is endorsed by Fiyaz Mughal, Founder of Faith Matters and Tell Mama; and Gary Jones, editor in Chief of the Daily and Sunday Express, who said: “This voluntary advice which has been extensively debated isn’t about censorship or control but providing information useful in terms of accuracy and the avoidance of prejudicial language. “

The festival of Diwali moves online

The festival of Diwali is moving online this weekend. Known as the festival of lights, it celebrates the victory of light over darkness and is observed by Hindus, Jains and Sikhs. Leicester, which boasts the biggest Diwali celebrations outside India, will include online celebrations with video messages, film of last year’s fireworks and online music, dance and the lighting of the diva lamp. Following suit are London, Edinburgh and Cardiff. Last evening (Thursday) the Chancellor of the Exchequer Rishi Sunak, who is Hindu,  lit candles on the steps outside 11 Downing Street to mark the festival.

The Archbishop of Canterbury Justin Welby has been cleared of failing to follow safeguarding procedures in response to an allegation of abuse against the late John Smyth, a barrister accused of beating teenage boys at a Christian summer camp. The complaint against the Archbishop had been investigated by the National Safeguarding Team. The decision to clear him will be referred to the Makin review, investigating the entire John Smyth affair.

Ban on public worship in England looks unlikely to be lifted

The Church Times reports that it is unlikely public worship will resume before 2 December. It says the government’s Places of Worship Taskforce met representatives from the Church of England on Wednesday, but no change of policy emerged.

The pastor at Hillsong megachurch in Manhattan. Carl Lentz, has been sacked for having an affair during the lockdown. Now it has emerged that his wife has also been let go and the global church is starting an investigation into the church’s ‘inner workings’. Lentz’s girlfriend has given a salacious interview charting how they met in a park and were found out through texts. Hillsong is a charismatic free church which began in Australia and has branches all over the world. Justin Beiber had visited the Manhattan church and Carl Lentz was his pastor.

Twenty one people connected to the Shincheonji Church of Jesus, at the centre of the South Korea outbreak of Covid-19, have been arrested by police. The Associated Press reports that they are charged with being members of an unlawful, unregistered society. The church had been ordered to cease operations last February and the 88-year-old leader is tagged and under house arrest.

Rabbi Lord Jonathan Sacks, who died last week aged 72, has left a series of essays for every day of this Jewish year, based on his book “Lessons in Leadership”. His office is distributing them every day and they are remarkably prescient: On Abraham … “ he did not complain, and he died serene and satisfied. Because he had begun. Because he had left future generations something on which to build. All great change is the work of more than one generation, and none of us will live to see the full fruit of our endeavours”.