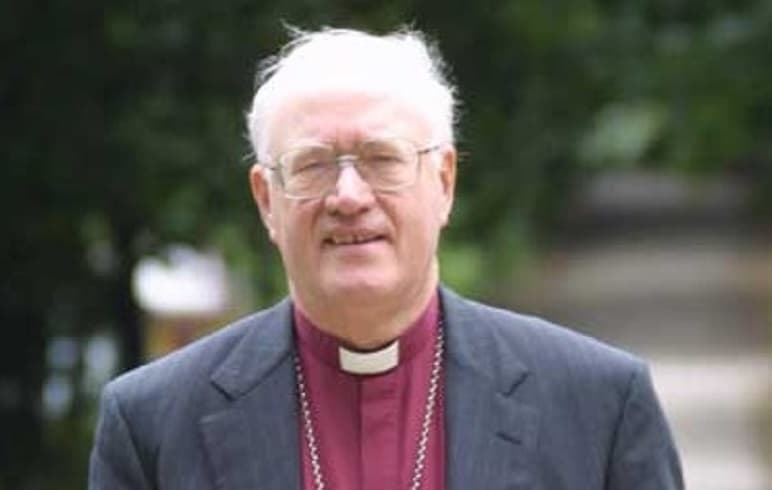 The former Archbishop of Canterbury, George Carey, has had his permission to officiate as a priest revoked, following a review into allegations of abuse against the late John Smyth. He was the barrister who was accused of attacking boys at a Christian camp in Dorset. Lord Carey has issued a statement saying he was bewildered and dismayed. The review had raised concerns, but he had been given no details and he had no memory of meeting Smyth. There is no allegation of abuse against him. This is the second time Lord Carey’s permission to officiate has been withdrawn. The first was after a report into sex abuser Bishop Peter Ball found Lord Carey had shown a serious failure of leadership in his handling of the case.

Dedications to the slave trader Edward Colston, in Bristol Cathedral and St Mary Redcliffe church, including windows, are being covered up and removed. The Diocese of Bristol said that razing his statue into the ground and dumping it into the harbour was a signal for change, but added “It doesn’t change history and it doesn’t change the fact that black people in Bristol, Britain and the world still face discrimination, injustice and racism’. It is making an inventory of all churches in the Diocese to identify and understand references to slavery.

The parish church of St Margaret’s in Rottingdean, Surrey, has boarded up the gravestones of two former music hall singers because of the offensive language used to describe their blackface stage roles. The church has vowed to remove the stones as soon as possible. Full report on churches dealing with statues and memorials here.

A black trainee for the Church of England ministry was rejected for a job because the parish was “monochrome white working class”. Rev Augustine Tanner-Ihm said he had received an email from the church considering his application, saying “he might feel uncomfortable” in the curacy role at the parish. It said there was an insufficient “match” between him and the requirements of the job and that, despite his obvious gifts, it was “not worth pursuing a conversation” about the vacancy in southern England. The Church of England has apologised and the diocese has recognised its failure.

Church of England statistics just published show that 3.8% of clergy are from black, Asian or minority ethnic (BAME) backgrounds. The 2011 census showed 13% of the UK population is from BAME  backgrounds. The statistics also show that women made up the majority of deacons ordained in the Church of England last year for the first time. They accounted for 51% of the total 570, while 32% of the 20,000 active clergy and 27% of senior leaders were women.

The Bishop of Manchester Dr David Walker says he is delighted that children can receive free school meals over the summer holiday, following a campaign by the England and Man Utd footballer Marcus Rashford.  “I am grateful to him for the passion and energy he has put into the campaign.”

Reuters is reporting that a rally of Muslim pilgrims that has drawn 8,500 people to Gowa in Indonesia, has been cancelled amid fears that it could help spread the coronavirus.  It had been organised by Ijtima Asia, part of the global Tablighi Jama’at movement of evangelical Muslims. The pilgrims already arrived in Gowa will be isolated before going home. This group had held a mass rally in Malaysia just before the covid19 lockdown, and there were more than 500 infections.

An exclusive in the Guardian says eight British Muslims have been detained in India for more than two months accused of violating the coronavirus lockdown after attending a massive gathering organised by Tablighi Jamaat. Thousands of people attended the event just before the lockdown, and dozens subsequently tested positive for Covid 19.  The eight are among more than 2,500 Muslims, from 35 countries, who are being charged in the case. The Indian government says they will be released and deported only if they accept guilt for visa violations and “wilfully” disobeying lockdown orders. The Foreign Office says it is in “close contact with prison officials and the Indian authorities to secure consular access for those who remain in detention”.