A new Christian green initiative, The Climate Trust, is urging protesters to stop blocking roads and take a less disruptive approach to tackling climate change and protecting the planet. The call came after 38 environmental activists — including seven members of Christian Climate Action — stopped traffic on the M25 for the fifth time in just over a week. The trust’s founder, Pastor Tunde Balogan, of the Kingsborough Church in Hayes, told Premier Christian News that while he understood the M25 protesters were responding to a passion for a cause, he could not condone their actions. “It is dangerous, it is risky, sadly a lot of people have been injured and someone has lost their life. It shouldn’t get to this point. We can reason along together to make the government see how we can help and what they should be doing.”

The founder of the Hillsong megachurch, Brian Houston, has stepped down from the church’s board after being charged by Australian police with concealing his late father’s sex offences. In an email to his congregation, he said that he would still be the church’s global senior pastor. He did not cite his forthcoming court case but said he had resigned so the board could function “to their fullest capacity” during this season. The resignation comes in the wake of fresh allegations of sexual abuse reported by Australian current affairs programme 60 Minutes at the weekend. Two women recounted being assaulted by two men linked with the church and claimed they were not listened to when the reported their allegations. Hillsong described the report as “gutter journalism” and “not interested” in the facts.

Pope condemns critics as doing ‘work of the devil’

Pope Francis says “nasty comments” by his increasingly vocal conservative critics are “the work of the devil” and that “some wanted me dead” after his recent intestinal surgery. His comments came during a private meeting on 12 September with Slovakian Jesuits during his recent visit to the Slovak capital, Bratislava. A transcript of the encounter was published on Tuesday by the Jesuit journal La Civilta Cattolica, which often provides after-the-fact accounts of Francis’s closed-door meetings with his fellow Jesuits when he is on the road. He was responding to a question about how he deals with divisions and people who view him with suspicion and noted a “big Catholic television station that continually speaks poorly about the Pope”. Associated Press suggests he was referring to the EWTN media conglomerate, which has been critical of his papacy and in particular Francis’s new restrictions on the old Latin Mass. He warned the church against falling for an ideology of “going backwards”.

Catholics throughout England and Wales are to be called to nine days of prayer as part of their collective attempt to help to defeat the new Assisted Dying Bill. The Catholic Herald reports that the bishops of England and Wales are drawing up a “novena” to St John Paul II after they saw that the House of Lords’ second reading of the bill falls on his feast day of 22 October. The novena will conclude on the morning of the debate after nine days of prayer. Resources are expected to be made available soon and it is thought will draw on the teaching on the sanctity and inviolability of human life handed down by St John Paul. As a Pope who had direct experience of life under both Nazism and Soviet Communism, he repeatedly warned western democracies of the “culture of death” that he saw growing up among them.

Listeners to BBC Radio Ulster will on Wednesday hear their first Humanist presenter on Northern Ireland’s Thought for the Day. Janni Knox is a Humanist celebrant of weddings, namings and funerals based in Belfast. Her contribution will be focused on the Balmoral Show and marks the start of a series of Northern Ireland Humanists’ contributions going out throughout September, October and November. Northern Ireland Humanists co-ordinator Boyd Sleator said: “Northern Ireland is ahead of the curve, with the UK as a whole now needing to catch up. We call on BBC Radio Four to likewise move with the times and allow humanists to take part in their Thought for the Day!”

Facebook founder, Mark Zuckerberg, and his wife, Priscilla Chan, are donating £950,000 to 11 Jewish groups. Jewish News says the donations follow the couple’s emphasis on Jewish identity in recent years. Privately, they have been meeting rabbis and scholars to discuss Judaism and the Jewish community, according to eJewish Philanthropy. Two of the grantees are national organisations: OneTable, which supports Shabbat dinners hosted by young Jews, and PJ Library, which distributes Jewish children’s books and music for free. The rest mainly serve local needs in the San Francisco Bay Area. Meanwhile, a grant to the Jewish Community Relations Council will pay for a new social media campaign to educate the public on antisemitism.

Soup, bread and crumble are recipe for Evensong success

A Canterbury parish church has seen attendances surge since the introduction of its innovative new Evensong and Supper services. Choral Evensong in which a 25-strong choir regularly sang before a congregation one worshipper was on the verge of being discontinued in the 12th century church of St Paul without the Walls. Now, up to 70 people aged between 10 and 95 enjoy a monthly free supper, a wide range of guest speakers who give an eight-minute sermon and new musical settings of Choral Evensong. Churchwarden Michael Keeler-Walker, who came up with the idea, says simplicity is the key to the success of the event and as Evensong starts at 5pm, there is no competition from popular Sunday evening television programmes. Donations by attendees have raised more than £2000 for items such as choir robes and enabled the church to donate to local charities.

A garden based on the words of Psalm 23, has won the gold medal in the Sanctuary Garden category at Chelsea Flower Show. Sponsored by the Bible Society, and designed by Sarah Eberle, it creates a feeling of calm and softness of nature through the use of native plants such as ferns, hawthorn and guelder rose against a structure of granite boulders with waterfalls. Sarah Eberle says she hopes the garden offers visitors solace, tranquillity, and hope reflecting the words “The Lord Is My Shepherd”. Read our report on the garden here 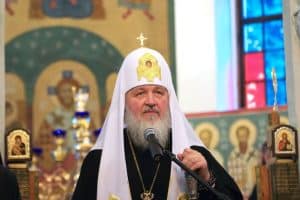