Migrant deaths in the channel “cannot go on”

Religious leaders have said the tragedy when 27 migrants died as they tried to cross the channel, must never happen again. The Archbishop of Canterbury Justin Welby said “This cannot go on”. It was a devastating loss of life and a better system was needed, based on safety, compassion, justice and cooperation across frontiers. The Chief Rabbi Ephraim Mirvis said it was an unspeakable tragedy and everything  must be done to ensure the 27 deaths were the last. The Archbishop of Westminster Cardinal Vincent Nichols said the terrible loss of so many lives in the Channel was a tragic summons to action which showed the ruthless evil of the traffickers and the desperation of those trying to escape poverty, conflict or persecution in search of a better life.

Jersey’s States Assembly has approved the principle of legalising assisted dying. The proposal was passed by a large majority – 36 in favour, 10 against and three absent. A further debate on the issue will be held next year, after details of the processes and safeguards have been developed, with the decision on a draft law probably taking place in 2023. The scheme would only be open to Jersey residents, aged 18 or over, who have the capacity to make the decision. The debate followed a citizens jury where 78% voted in favour of changing the law.

The Australian Prime Minister Scott Morrison has introduced a religious discrimination bill which will protect people expressing views based on their faith. Critics say this will reverse equality laws affecting LGBTIQ+ people, women and people with disability. Religious schools will be able to appoint and sack people on grounds of their “ethos”, which campaigners fear will lead to gay teachers being sacked.  It took three years to frame the bill due to fierce opposition. The prime minister said the “soul and the spirit” of an individual needed to be protected like other personal attributes and the bill would be a foil to “cancel culture” by preventing the marginalisation of people of faith. Guardian story here

The Salvation Army is providing beds in portakabins for homeless rough sleepers in York this winter. Each container has four bedrooms, with a toilet and washing facilities, and technology which identifies signs of life, alerting staff if a life is in danger, as many homeless people have multiple health problems. The units are made by Protectal Ltd which hopes to offer them to other councils in the future.

Warning to get vaccinated as Jewish festival of Hanukkah approaches

Hanukkah, the Jewish festival of lights, starts on Sunday 28 November and lasts eight nights. Candles are lit on a nine-branch candelabrum “menorah”, special fried foods are eaten and games played with spinning tops called dreidels. As the Jewish communities prepare for the festival, the Board of Deputies President Marie van der Zyl is urging people to stay Covid secure and ensure they are properly vaccinated, especially as different generations will meet for social occasions. She says that as of last weekend, there have been 954 Jewish funerals carried out where the deceased contracted Covid-19, an increase of 3 on the previous week.

The Religion News Service reports that Israeli archaeologists have discovered a stronghold from the historic conflict remembered at Hanukkah. They think it was a building of the Seleucids, the occupying Greek power which attempted to defend itself from a revolt led by the Hasmoneans, a family of Jewish priests led by Mattathias and his son Judah, known as Judah the Maccabee.  The conflict ended when the Maccabees defeated the Hellenistic army in 164 BCE and the Temple in Jerusalem was re-dedicated. Their victory is remembered in the festival of Hanukkah. The excavation directors say the site is on a hill with sweeping views of a large city, Maresha. They found evidence of a structure 45 feet square with 9 foot thick walls, seven rooms, burned wooden beams, pottery, iron weapons and coins from that era..

The Religion Media Centre’s project “Creating Connections”, bringing people from religious organisations together with local media, has drawn to a close. We were in Leeds, Plymouth, Nottingham, Birmingham and Manchester and there was one theme that rang out in all five cities – the media want your stories. In the final panel of the Manchester event, which closed the series, Michelle Mayman, editor of BBC North West Tonight, said regional news was all about building relationships with community groups. “If you want to get your story out there, you have to trust somebody,” she said. : “I would urge you to have faith in people and to develop that trust so you can tell those stories. Have faith in us.” 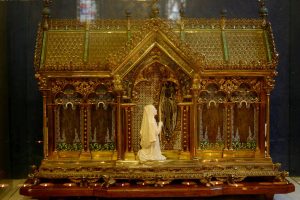 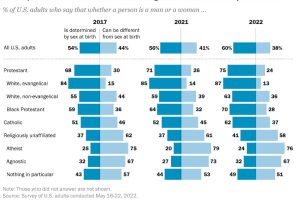 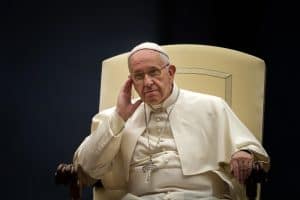