Analysis:Selfless Sikhs step up their seva to serve in pandemic 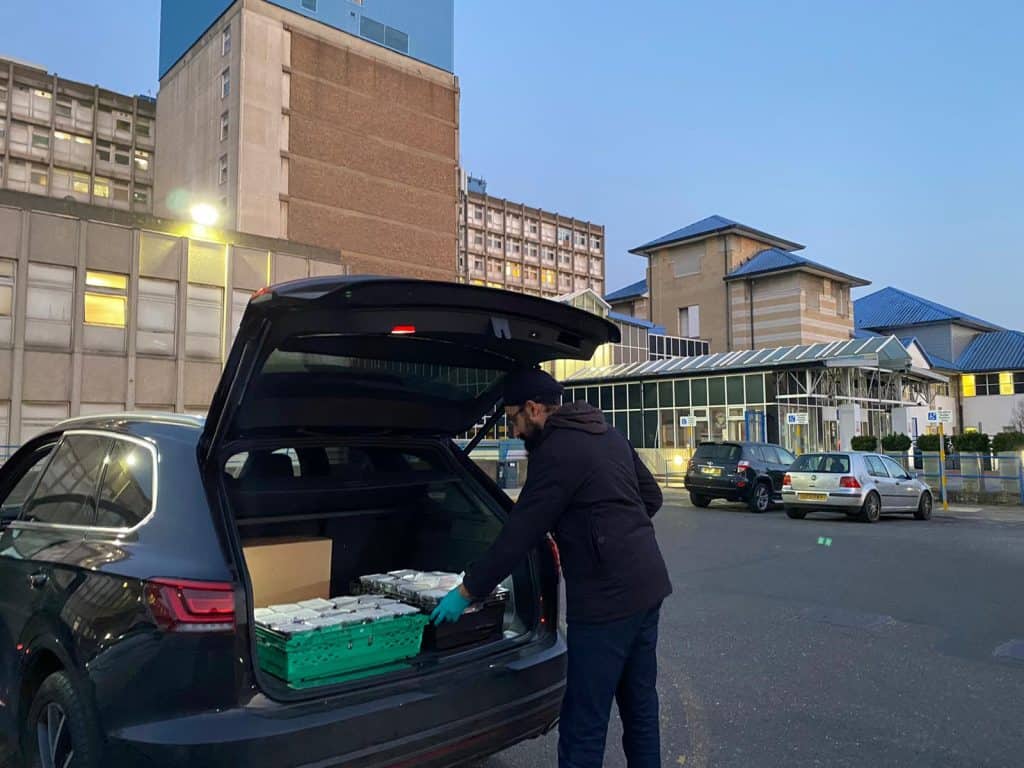 Sikhs have stepped up efforts to help people in need during the coronavirus pandemic, as an act of service ‘seva’, an essential part of faith.

In this time of worldwide emergency, many faith groups and community organisations have sought to help those in need, and my own Sikh community has formed large groups across the country to bring food, essentials and counselling to the most vulnerable in society.

Gurdwaras (Sikh places of worship) offer a communal kitchen called langar all year round. Anyone who is hungry can come to eat a hot meal without charge, regardless of their race, religion, sexuality or gender. We call the act of serving others seva, which translates to selfless service, and in response to the pandemic, Sikhs have stepped up the seva to unprecedented levels.

Seva is a spiritual practice that is instilled in Sikhs from a young age. Sikh children are encouraged to wash dishes in the langar kitchen whenever they go to the gurdwara, or to help serve food and drinks to the congregation. Serving others is embedded into our culture.

The act of serving others without expecting anything in return is reward in itself. It allows us to remain humble and relinquish attachment to greed. We are reminded that there are people in this world who survive with very little, and how fortunate we are to be able to give some of what we have. We call it selfless service, but I believe it to be extremely selfish, because I know how much I gain from this practice.

Sikhs follow the examples and commands set by the gurus and the first Sikh guru, Sri Guru Nanak Dev Ji (1469-1539), and engage in seva on a continual basis, providing food to the poor as well as the spiritually enlightened people they meet on their journeys.

In my community in west London, there are many overseas students, rough sleepers and undocumented migrants, as well as vulnerable groups such as elderly people, NHS staff and those suffering with poor health. Many of them do not speak English and have no close friends and family nearby, and the psychological toll of this crisis is taking its toll.

This is why my gurdwara, Sri Guru Singh Sabha Gurdwara in Southall, has set up a helpline staffed by professionals who can provide counselling in English as well as Punjabi, Urdu and Hindi, during this difficult time.

We have also been delivering parcels of food and essential items, as well as providing takeaway meals to help cope in this crisis. We made the community aware of this service through social media and word of mouth, and we have been inundated with requests. We have been preparing 2,500 meals or parcels each day.

With the immense death toll from the virus, one may wonder why we are taking the risk to provide this delivery service, and whether it is more sensible to just stay at home. However, as Sikhs we have not only a strong spiritual tradition, but also a martial one too, and both of these serve to instill a fearless mindset into us.

The first Sikh prayer in our scripture, which is also our living Guru — Sri Guru Granth Sahib Ji — is a mantra in which the entire scripture and the teachings of Sikhi are rooted. The Mool Mantar (root mantra) describes the Creator, but it also describes ourselves when we attain spiritual enlightenment. The mantra contains the word “nirbhau”, which means “has no fear”. This means that God has no fear, but also when we realise our true nature, in a spiritually enlightened state, we, too, have no fear.

This does not mean that we should be careless, and needlessly put ourselves in harm’s way. We absolutely must observe social distancing protocols and use protective equipment such as gloves and masks when performing seva during this pandemic. But the mantra reminds us that when there is a greater good, we should never be afraid to even accept death.

Our history is full of countless examples of Sikhs who attained martyrdom for the liberation of others. Sikhs have valiantly fought many times on the battlefield, but never for power, land or any other selfish desire. Our fifth and ninth Gurus, Sri Guru Arjan Dev Ji and Sri Guru Tegh Bahadur Ji, both accepted execution by tyrants; the fifth Guru refused to convert from their religion and the ninth Guru sacrificed their life in return for the freedom of religion for the rest of the country.

This sacrifice was continued in our history by great saints who also attained martyrdom, such as Bhai Taru Singh Ji who chose to have his scalp removed by oppressors instead of his hair. The executioner of another saint, Bhai Mani Singh Ji, was ordered to chop him up at every joint. As the executioner began cutting at the wrist, Bhai Mani Singh Ji insisted that he follow his orders properly and chop every single joint, starting with the fingers. These saints were the embodiment of fearlessness.

Perhaps the most profound and relevant example for today’s crisis is that of the eighth guru, Sri Guru Har Krishan Sahib Ji, who succeeded his father at the age of five. During an outbreak of cholera and smallpox across India, the guru set up a station at a lake in Bangla Sahib, Delhi, and healed thousands of patients. They knew the risks of exposing themselves to these contagious diseases, and foresaw the outcome. When they too eventually contracted smallpox, Guru Ji instructed all of the Sikhs not to mourn their death, but to sing devotional hymns in praise of the Creator.

In each of these cases, these fearless individuals accepted hukam, God’s plan or destiny. We Sikhs believe that everything is pre-ordained. Our death has aready been written, so why fear it? What do we have to gain from fearing the inevitable? Death is a part of life, we cannot escape it. The only thing in our control is how we accept death. We choose whether we live in a state of panic or die in a state of bliss.