School heads in Birmingham have been protesting over the “No Outsiders” programme, which teaches primary pupils about same-sex relationships. In March 2019, some schools announced that the programme had been temporarily suspended.The protests have arisen as the Department for Education revamps its guidance on relationships, requiring schools to “consult” parents when developing age-appropriate policies in this area.Muslim campaigners in Birmingham argue that homosexuality is regarded as immoral in Islam and that it is wrong for schools to teach Muslim primary schoolchildren about same-sex relationships. The commonly held view that Islam prohibits homosexuality is based primarily on the Koranic story of Lot, a variant of which is also found in the Bible.

A further complication is that what we now understand as a “homosexual” identity was just not recognised or available in pre-modern cultures. Thus, while Islamic scripture might have something to say on sexual relations between persons of the same sex, it cannot have anything to say about “homosexuality” as the categorisation of people into various identities based on their sexual orientation was a European invention.

To complicate matters further, surveys show that Muslims living in the western world are sometimes more accepting of homosexuality than other religious and racial groups, such as white Evangelical Christians in the United States. Even in Muslim majority states such as Pakistan, individuals are now allowed to identify as transgender on their passports, a right not yet granted in most western states.

The teaching of homosexual relationships in schools draws attention to sensitivities around the accommodation of religious minorities within secular spaces. LGBT+ pupils and young people continue to be particularly vulnerable to homophobic violence and more than half have considered committing suicide. LGBT+ young people are also highly likely to have experienced rejection by their families.

On the other hand, recent government initiatives such as the Prevent strategy, (which imposes an obligation upon education providers to report pupils showing signs of radicalisation), have also alienated large segments of the Muslim community, as has misleading and sensationalist reporting about the supposed takeover of community schools by Muslims. A report by the National Union of Students concluded that Muslims were targeted disproportionately by the Prevent strategy. Leading academics around the world also criticised the strategy for stifling expression.

Muslims protesting against the “No Outsiders” programme in Birmingham have also expressed their fears that their expression of their religious opinions will be stifled and become a reason for them or their children to be reported to the authorities or arrested. 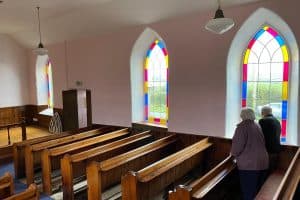