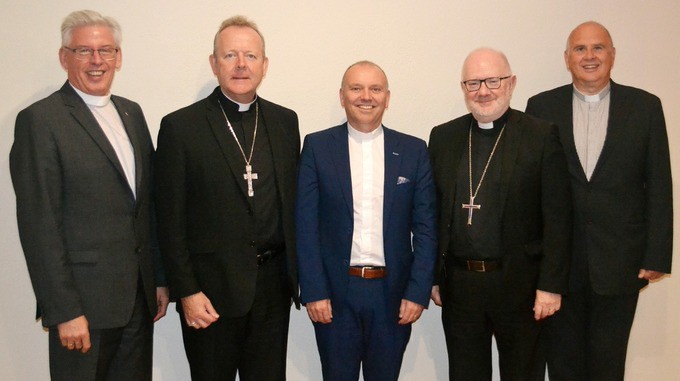 Unlike the rest of the United Kingdom, abortion remains illegal in Northern Ireland, except under very specific circumstances – namely, if a woman’s life is at risk or if there is a risk of permanent and serious damage to her mental or physical health.

That means that some circumstances that might lead to an abortion in the rest of the UK – such as conception after an incestuous act, rape, or a diagnosis of a fatal abnormality – are not grounds for a termination in the province.

The Abortion Act, which was introduced in England, Scotland and Wales in 1967, was never extended to Northern Ireland. That does not mean that women there never have abortions – hundreds travel to other parts of the UK for terminations every year. There’s also evidence that some women buy abortion pills online.

But the official restrictions are likely to be lifted. The body that legislates for Northern Ireland, the Stormont Assembly, has been suspended for more than two-and-half years because of disagreements between the two main political parties within it – Sinn Fein and the Democratic Unionist Party.

That suspension has led to MPs at Westminster legislating for Northern Ireland instead – and they have voted for some of the abortion restrictions to be lifted, unless the Stormont Assembly resumes sitting by 21 October. The move has been welcomed by those who want to liberalise access to abortion, but condemned by others who regard life in the womb as sacred – and who also resent direct British interference in Northern Ireland’s affairs.

The UK government has now issued guidance to the NHS, which states that criminal charges will not be brought against women who undergo terminations or those who assist them. The guidance also discusses conscientious objection by healthcare professionals who do not wish to help facilitate abortions, saying that they should raise the issue with their employer. Conscientious objection is protected in England and Wales, but the courts have found it is limited to participating in a “hands-on” capacity, but not for ancillary tasks.

In response to the proposed change, an alliance of Northern Ireland’s main churches has called on their congregations to pray over the weekend of 12-13 October and to lobby their MPs and local politicians to have Stormont government restored by 21 October.

The Church of Ireland, Methodist Church in Ireland, Roman Catholic Church, Presbyterian Church in Ireland and the Irish Council of Churches issued a statement saying there was no evidence that the changes reflected the concerns of those affected by them. Pro-abortion campaigners, however, say the churches do not reflect the vast majority of public opinion on this issue.

Midwives for Both Lives is a group of midwives who are committed to caring for  the mother and her unborn child:

“Although many of us have a faith, we are not a religious group and there are a quite a few who disagree with abortion who are not from faith backgrounds. There are lots of reasons to be pro-life that are not related to faith. We believe we as midwives have a right to conscientious objection when it comes to being involved in terminations of pregnancy. Recent guidance published by the Northern Ireland Office (NIO) has encouraged us to be guided by our professional body, the Nursing & Midwifery Council (NMC), in relation to this.

“Professionals, including midwives, need protection not only against direct participation in the abortion process, but also protection against having to do anything that would cause them to support or facilitate a process which they believe to be morally wrong. The whole purpose of a conscience right is to protect people from sharing in moral responsibility for what they consider to be wrongdoing – if a right does not do this, then in our view it is not fit for purpose. We seek to be midwives who empower women and protect unborn babies. We do not feel that abortion is providing best care for either of them.”

“The new guidance for healthcare professionals about the forthcoming changes to abortion provision in Northern Ireland is welcome and paves the way for a smooth transition for free, safe and legal services here. The guidelines set out clearly that, from 21 October, women can safely go to their doctors for medical assistance, including in cases where they have self-managed an abortion with pills, without fear of prosecution.

“From that date, anyone given a serious or fatal diagnosis will be able to access the healthcare locally, while everyone else will have their travel expenses covered until full service provision is introduced next year. We are just two weeks away from seeing these much-needed and much-anticipated reforms take effect – in a matter of days no one will be treated as a criminal for accessing or providing this healthcare service, and all current prosecutions will be dropped. We are finally saying goodbye to a law that has caused a huge amount of suffering – the relief, for so many, is overwhelming.”

“There is no evidence that these changes reflect the will of the people affected by them, as they were not consulted. They go far beyond the ‘hard cases’ some have been talking about. We will, therefore, be encouraging all of our members, congregations and parishes to do three things.

“First, to take time to specifically pray over the weekend of 12 and 13 October – joining with many others throughout Northern Ireland, and further afield, praying both for the protection of the unborn in our society and also for women facing difficult and challenging pregnancies along with their families. We are also inviting all of our members to consider signing the online petition which Baroness O’Loan has recently launched via change.org. We are calling on the secretary of state to recall the Stormont Assembly before 21 October to provide an opportunity for the parties to take the necessary steps both to prevent these laws coming into effect and to find a better Northern Ireland solution for these challenging issues.”