Who will choose the shortlist for the next Archbishop of Canterbury?

A Kenyan bishop has welcomed a proposal to give the Anglican Communion a greater say on the body that nominates the Archbishop of Canterbury. Joseph Wandera, Bishop of Mumias, told a Religion Media Centre online briefing that it was a “wonderful idea” to widen the pool from which selectors are drawn. He also said it was time to reimagine the centre of the Anglican Communion as Nairobi, Kampala, or Cape Town, rather than Canterbury.

The Archbishop of Canterbury, as well as being the head of the established Church of England, is also spiritual leader of the wider Anglican communion, comprising independent churches in more than 160 countries. He is known as primus inter pares, or first among equals, among the primates of the communion. The current archbishop, the Most Rev Justin Welby, estimates that he spends about a quarter of his working time on communion affairs.

“We look at the Archbishop of Canterbury as a centrepiece for unity,” said Bishop Wandera. “We love him. We look we look to him as our elder, we take his positions on doctrine on global events very seriously. So, therefore, any discussion around how our head is chosen is of interest. And it would be very good if it was made more participatory.”

The Crown Nominations Commission (CNC) chooses Archbishops of Canterbury. Currently only one of its 16 members is a representative of the Anglican Communion. The Archbishops’ Council is consulting on a proposal that would increase that number to five. The number of representatives from the Canterbury diocese would be reduced from six to three on the grounds that the archbishop spends only about 5% of his time on diocesan matters; most of those duties are carried out by the Bishop of Dover.

Within the Church of England there is some disquiet about the implications of independent churches having a greater say in who runs its affairs. Those who would like to see a woman in St Augustine’s chair, as well as those who wish to move the church in a more liberal direction on LGBTQ+ issues, fear that increased representation from the Anglican Communion might mean a more conservative choice of archbishop.

The proposal has not only generated debate about who should be involved in the selection, but also about the archbishop’s role within the Anglican Communion and about the very purpose of the communion itself.

“I think it’s not at all clear what question the proposal is trying to answer,” said Simon Sarmiento, founder of the website Thinking Anglicans, who is not in favour of the change. “It is identifying a much more important underlying problem, which is: How should the Anglican Communion itself be organised?”

The consultation document from the Archbishops’ Council acknowledges that the origin of the communion in England’s colonial history means that there is a bigger picture to address. But it goes on to say: “We have to start somewhere, even if we are unsure where. Starting with the composition of the CNC is something that the Church of England can humbly and tentatively offer.”

The Rev Dr Charlie Bell, a fellow at Girton College, Cambridge, and curate at St John the Divine, Kennington, southwest London, agrees there are serious issues of colonialism in the history of the Anglican Communion, but says “tinkering around” the appointment of an English bishop will not address them.

“This is a much bigger issues than who is on the electing body. We haven’t addressed the underlying tensions and dynamics within the communion. We know, for example, that having a woman as Archbishop of Canterbury under the current organisational structures would be extremely difficult. And if we’re going to go down this route about trying to decolonise the Anglican Communion, we need to have a very serious think about what the communion is and how we see each other … and how then do we direct and organise our structures?”

The proposal has been welcomed, however, by the Rev Andrew Symes, executive secretary of Anglican Mainstream, who has been taking soundings from members of the Global Anglican Future Conference (Gafcon). The organisation was founded in 2008 to resist “moral compromise, doctrinal error and the collapse of biblical witness in parts of the Anglican Communion”.

“One of the things that comes across very strongly from a large section of the global south, is that they want an archbishop whom they feel, shares and articulates the same faith that they have, the faith once delivered to the saints,” he said. “It’s worth recognising that for many people in the global south, there has been a sense of being told what to do by the West, on issues of morality and family and so on. And that is part of the legacy of colonialism. That’s how it’s perceived.”

The consultation document says: “The Church of England and the communion cannot escape asking why a British cleric should always be primus inter pares,” but adds that this not a question it can decide upon unilaterally. The case for separating the presidency of the Communion from the See of Canterbury is not a new one and was made again in an article in the Church Times last week.

I asked Bishop Wandera: Did he think anything would be lost by dispersing leadership in this way?

He replied: “For me, from where I sit in a little village in Africa, nothing would be lost. It would just be that things have changed, and that we now have to train ourselves to look at a different centre. So, the centre would now not be Canterbury, the centre might be Nairobi, Kenya. That centre might be Kampala, Uganda, or it might be Cape Town, South Africa. And I suppose I think we need to be courageous to envisage that kind of reality. It would be some kind of decolonisation process taking place.”

Other commentators took part in the Zoom discussion. The Rev Mark Michael, editor at The Living Church Foundation, said: “It’s my impression that the Archbishop of Canterbury, as a leader, as a symbol of unity, matters the most in the provinces that are most marginal.

“I think particularly of the visit the Archbishop of Canterbury made last year to Egypt, where the church is under a great deal of difficulty just in having recognition of its independence and its ability to manage its own affairs. Similarly, when he went to Pakistan five years ago, there was lots and lots of attention. These are places where the Archbishop of Canterbury’s presence carries some weight that the people on the ground really need.”

The Rev Dr Evie Vernon, former theological adviser to the mission agency USPG, said: “Let us indeed think of having the centre of the Anglican communion moving around — in Kingston, in Cape Town. I think that would bring some real energy. Would you lose anything? I don’t think so.”

The Rev Dr Ian Paul, a member of the Archbishops’ Council, said: “Some of the negative responses [to the proposal] have been around the idea that this appears to presume that the Archbishop of Canterbury functions as a mini-Pope in the Anglican Communion.

“I think it’s very easy, particularly in the secular press, to think that bishops are chief executives of their diocese, and that the Archbishop of Canterbury is a CEO of all provinces in the communion, and they have to do what he says.

“The reality is nothing like that at all. It really is about a voluntary association. And that’s why it’s important that we go back to this this expression of the role of the archbishop as being primus inter pares. And particularly with regard to the tensions in the debates on sexuality, the members of the communion are very, very clear that the Archbishop of Canterbury does not tell them what to do.”

The consultation is open until the end of March and you can find the document here. 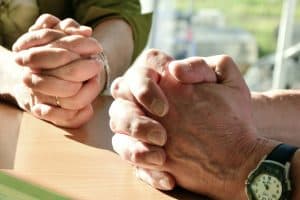 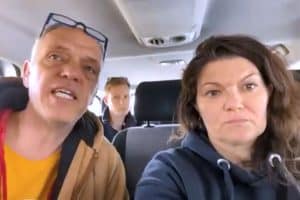