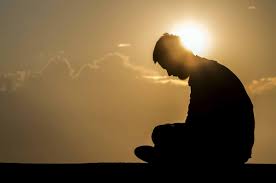 British Muslim charities and groups have stepped in to help support the growing number of people experiencing mental health difficulties as a result of the Covid-19 pandemic.

A report by the All-Party Parliamentary Group on British Muslims, looking at how the community had risen to the challenges posed by the pandemic, found there had been a 300 per cent rise in calls to the Muslim Youth Helpline (MYH) from distressed teens and young adults since the onset of the pandemic.

The mental health charity Mind says more people have experienced a mental health crisis during the pandemic than ever previously recorded. One in four people with problems are having to wait at least three months to start NHS treatment, with some not getting help for four years, research by the Royal College of Psychiatrists has revealed.

Calls for help to Muslim charities and groups have increased with longer waiting lists and the rise in mental health difficulties caused by successive lockdowns.

Some feel that their role has been overlooked and that greater support for culturally sensitive and appropriate therapies would help vulnerable people who are struggling.

Maaria Mahmood, director of the MYH, believes the reason that organisations like hers exist, and have noticed an increase in demand, is because of the barriers that exist for Muslims in accessing mainstream services.

The helpline provides emotional support and guidance and signposts people to other services if they need further help.

“One of the reasons Muslim Youth Helpline exists is because Muslims aren’t tapping into mainstream services and therefore not getting mental health support,” Ms Mahmood said. “One of the reasons for that is that they do not resonate with services that are available. They’re not culturally or faith-sensitive, so when a young person is contacted they may not feel that the person they are speaking to really gets some of their concerns.”

She is keen to stress that the services offered by MYH are not a substitute for talking therapies or other conventional approaches, but rather act as part of a holistic approach that seeks to take people’s culture and faith into account.

“We are faith-sensitive and culturally sensitive, which really does mean that when you’re speaking to someone on the helpline, you really are able to familiarise yourself with the person, the terminology that they’re using from their circumstances,” she said.

But Ms Mahmood feels that the work and contributions of charities like hers are easily overlooked.

“The gap that we’re filling needs to be recognised. We’re playing a huge role. Mainstream services aren’t doing enough. Some have mentioned ‘hard-to-reach communities’. We’re not hard to reach, you just need to speak our language. You just need to look for us,” she said.

“We know where to find our target audience, our beneficiaries. It’s not difficult. So, when they talk about hard-to-reach communities, that’s not right.”

Despite the rise in demand for its services, MYH is struggling to survive. Ms Mahmood wants the government to do more to support faith-based helplines like hers.

Dr Salman Waqar, from the British Islamic Medical Association (BIMA), believes that where mental health services do not take into account how important faith is to someone’s identity and sense of self, then faith-based services can provide a useful supplement.

“Faith and belief should not only be looked at in a negative sense, in a pejorative sense, but actually we should think about how to utilise the immense benefit and value that these communities bring,” he said.

Dr Waqar went on to highlight the work of Dr Ghazala Mir at the Leeds University Institute of Health Sciences, who helped create a new treatment based on an existing form of cognitive behaviour therapy (CBT).

Patients are asked if faith was part of their life when they were well and, if so, the role of faith and culture is taken into account as well as the links it has to an individual’s values framework when people are being offered treatment.

“There’s a huge amount of work going on,” Dr Waqar said, yet he too feels it does not get the recognition it deserves.

“It’s often not supported and it is often not celebrated either. It’s not just CBT stuff, it will be informal support that imams and others have offered to their congregations. This has to be part of the way in how we build back fairer and how we build back better, particularly on mental health services.

“Access to conventional mental health services has been a challenge. To make things more equitable, we can’t just keep doing the same thing and expect different results, so there has to be something about doing things more innovatively and certainly working with mutual aid groups working with voluntary and faith groups.”

Maaria Mahmood is director of the Muslim Youth Helpline