Dean Percy saga ‘has more bizarre twists than The Crown’ 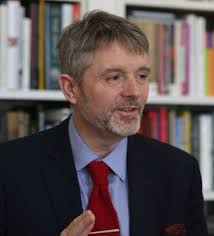 The Very Rev Martyn Percy, the embattled Dean of Christ Church, Oxford, has temporarily stepped aside from his post while a fresh allegation against him is being investigated.

Dean Percy, who has been embroiled in a protracted row with his employer for several years, is reported to have “voluntarily withdrawn” from his role with immediate effect after a new complaint was made against him.

Jonathan Aitken, the former cabinet minister turned vicar, told the Religion Media Centre that he has spoken to Percy and is aware of the new allegation, but cannot disclose the details.

Correcting earlier media reports that suggested the dean had resigned from the college where Aitken was a student, he said: “This saga of the Dean of Christ Church and his critics and opponents within Christ Church has more bizarre twists and turns than The Crown in terms of numerous episodes, plot lines and so on.

“All I would say is that anyone watching this story should realise that there are some good heroes and some bad villains but we are not at the end of it yet and there could be some big surprises.

“The dean is not resigning, as one paper said, and he’s not stepping down as another paper said. He’s stepping aside and we will have to see how this plays out, but I don’t believe that there’s any threat to the dean’s position except in the imagination of his enemies.”

A statement posted online by the Diocese of Oxford states: “The Dean of Christ Church, the Very Rev Martyn Percy, has voluntarily withdrawn with immediate effect from all duties and pastoral responsibilities in his role as dean of the college and cathedral. Christ Church will not be commenting further while necessary inquiries are under way. The Charity Commission and relevant Church of England authorities are being kept fully informed.”

Students, staff and volunteers at the college were informed of the move in a “private and confidential” email yesterday.

The Diocese of Oxford statement added: “The Bishop of Oxford is in close contact with all concerned. His prayers, and those of the diocese, are with everyone at Christ Church.”

In an unusual move, the college updated its statement this afternoon to reiterate that Dean Percy had not resigned. “We can clarify that this is not the case,” it said, while repeating the original statement.

The new allegation is said to be “completely separate” from anything that has gone before and was made by an individual in Oxford within the past four to five weeks, according to a source close to the investigation.

Percy is stepping back “for the duration of the complaint being considered”, according to a Diocese of Oxford spokesman who would not be drawn on the nature of the investigation. He did, however, say that it was at the “preliminary” stage and could “take some time”.

Dean Percy, 58, has been embroiled for several years in a protracted and bitter row with some of the academics who run the college. Most recently he was cleared by a Church of England safeguarding investigation after it was alleged that he had failed in his duties by not passing on to the police or other authorities disclosures of abuse by former students.

However, this was only one development in a dispute that dates back to 2016, two years after Percy was appointed dean of the college, which was founded in 1546. It came after an undergraduate, Lavinia Woodward, was spared jail for stabbing her boyfriend during an argument.

Percy as a result sought changes to the college’s safeguarding protocols, but these met resistance from academics.

Myriad other issues at the heart of the dispute include a row over the dean’s salary, reported to be £90,000 a year.

The dean’s supporters have claimed that the dons who run Christ Church are desperate to force their leader out because he is trying to modernise how the centuries-old institution is run, particularly when it comes to safeguarding responsibilities.

College academics instead alleged that Dean Percy has repeatedly abused his position, misused college funds for legal expenses and been at loggerheads with his academic colleagues.

In February this year the Mail on Sunday published leaked emails, allegedly quoting several senior dons wondering how they might poison Dean Percy, hoping he would turn up drowned in a nearby river, and calling him a “little Hitler”.

Christ Church is one of the larger Oxford colleges with about 650 students and its most recent accounts show it has an endowment of about £550 million, as of July 2018. Among its many illustrious alumni are 13 prime ministers and 17 archbishops.