Six months ago, the world was transfixed by images of the “QAnon Shaman” among the leaders of the rioters who invaded the US Capitol building looking for Democrats to kill. Half-naked, face-painted, and wearing a fur helmet crowned with horns while he brandished a spear tipped with the American flag, he was for a moment a global avatar of anarchy as he stood by the speakers’ chair.

Within three days, he was arrested and identified as young man who lived with his mother and was obsessed with conspiracy theories about paedophilia; once in prison awaiting trial, he lost nearly 10 kilos because he was not fed the organic food that his religious beliefs apparently demanded.

This transformation from warrior god to food faddist is a harbinger of the wider transformation of the Q movement in the wake of Donald Trump’s expulsion both from the White House and from the main social media platforms and of the failure of all Q’s apparent prophecies that Trump would rise in triumph and sweep his enemies away once they had revealed themselves.

The failure of all their prophecies is not going to kill the movement any more than the repeated, almost wilful, failure of the world to end has killed Christianity. Since the fall of the house of Trump, the movement has spiritualised and feminised, so it has grown into “Pastel Qanon” in the phrase Marc-André Argentino, a Canadian scholar of extremism. The long march of the movement has taken it from 4chan to Instagram.

The narrative is now less concerned with Trump and more with the existence of paedophile conspiracies at the highest level. There is also a strong crossover with the antivax movements. These beliefs are not unique to QAnon, nor did they originate there, but if you take them as indicative of possible Q sympathies, they are very widespread.

Annie Kelly, a British researcher into the far right, cites a Hope Not Hate study which found that about 25 per cent of the British public believed in theories “linked to QAnon”; “but the beauty of QAnon is that it links to everything”, she adds.

The QAnon rallies she has attended in London in the past year have had only 500-600 people in them. Between half and three-quarters, though, were women. “New Age stuff is especially big at the rallies,” Dr Kelly says. “I was astonished by how much was organised around meditation practise. There were lots of people talking about being Starseeds or Indigo Children, or Light Workers.”

This is a complete contrast to the heavily masculine alt-right movement that was one of the earliest contributors to the Q movement. “At anti-lockdown rallies and antivax ones, there will be a big QAnon presence,” Dr Kelly says. “I wonder if the future of QAnon in the UK is injection of new conspiratorial signals and language that the wider movement can use. “

Professor Joseph Uscinski, at Miami University, says: “Q is not just a belief; and it’s not really a cult. It has some cultish aspects, some structure but loosely orientated. There is this assumption that there is a handful of beliefs that are Q but it’s hard to know which. Even many of the members disagree with some of the things that Q himself says. For the most part, everyone chooses their own adventure.”

His polling suggests that about six per cent of the US public more or less identifies with QAnon. That would be up to 20 million people, but it is very much smaller number than the number who subscribe to conspiracy theories more generally.

“The bad news is that when we poll on questions like ‘are there elites in Hollywood running sex trafficking rings?’ 20-30 per cent of the US population believe that. Those sorts of beliefs have always been around, and pre-exist QAnon. A lot of wellness communities are into conspiracy theories, too,” Professor Uscinski says.

“These people probably already believed in a lot of conspiracy theories and all the Q did was to give them a new tune to sing.”

So, it seems that Q will be around as long as there is an establishment to hate — only it won’t be found goosestepping in militia gangs, but contorting in yoga circles. 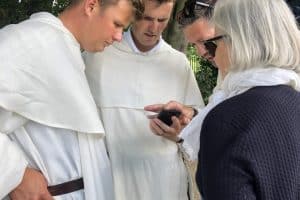 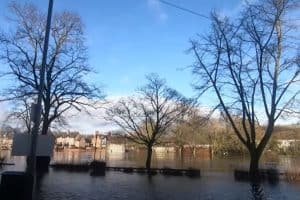 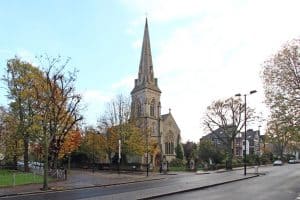 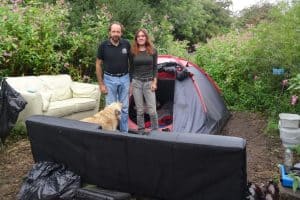 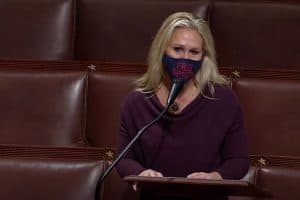 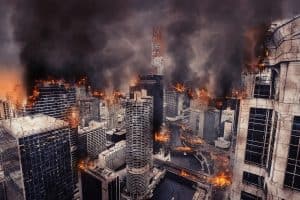 Doomsday has dawned and the prophecy failed: what next for followers? 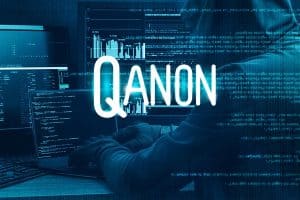 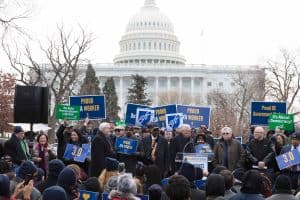 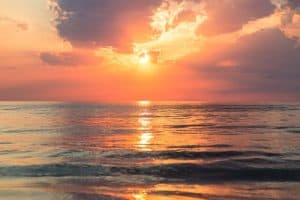 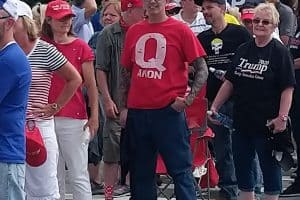