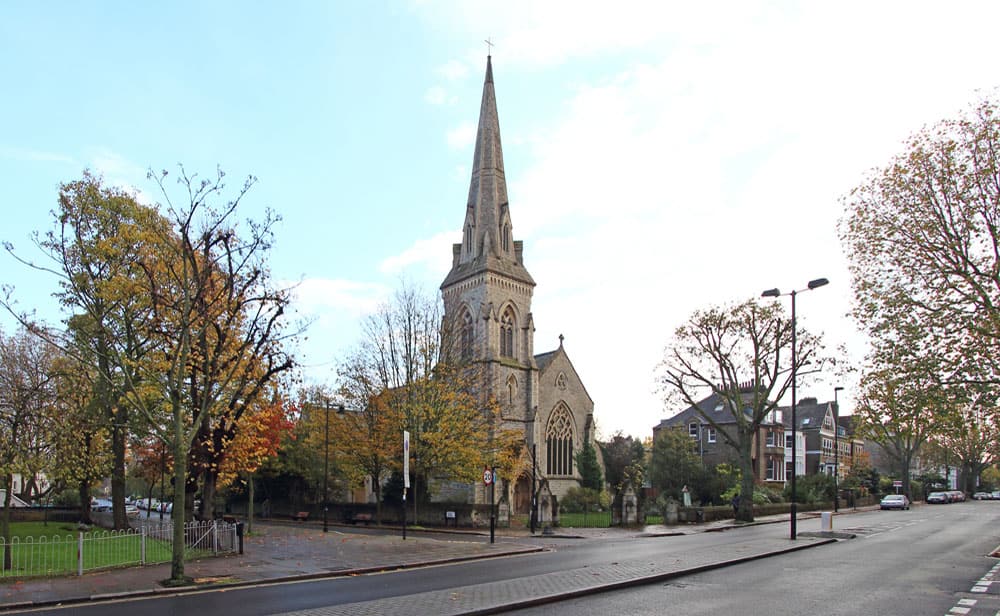 Greenbelt church asks to sever links with CPAS over sexuality

St Luke’s West Holloway, known as the Greenbelt church because of its long association with the Greenbelt Christian arts festival, is asking its patron, the Church Pastoral Aid Society (CPAS), to relinquish its role. It says differences in attitudes towards sexuality make it impossible for them to work together. St Luke’s is an inclusive church and when it was trying to select a new vicar in 2018-19, a churchwarden said CPAS contrived to prevent them from interviewing a particular candidate who was known to be gay. Failure to agree led to the bishop having to appoint a clergyman himself. The final straw was when the general director of CPAS, John Dunnett, appeared in an evangelical film which advocated that the Bible has a clear and unalterable position on marriage and homosexuality and suggested the CofE might have to split. CPAS declined to comment on its relationship with St Luke’s, but Mr Dunnett told us that parishes are overwhelmingly positive of its role. Mr Dunnett and the Bishop of Stepney are due to meet next week to discuss the situation at St Luke’s. Read Rosie Dawson’s report here

Pope Francis starts his three-day visit to Iraq this morning. It is widely regarded as the riskiest trip he has ever undertaken, due to Covid-19 and security. The aim is to encourage the Christian community in Iraq and inter-religious dialogue and to make his first visit to a Shia-majority Muslim country. On the eve of his journey, he travelled across Rome to pray before the ancient Roman icon of Maria Salus Populi Romani, seeking protection for his journey. View our media briefing on his visit on our YouTube channel here

A top UK health official says that faith groups have proved to be indispensable to public health during the pandemic. Professor Jim McManus, vice-president of the Association of Directors of Public Health and director of public health for Hertfordshire County Council, said the key to successful vaccine roll-outs is public confidence. Writing in a blog for FaithAction, he said finding leaders with whom people can identify was the key to giving accurate, dispassionate information on vaccines, which can significantly reduce hesitancy, answer questions and increase uptake. Surveys have shown that BAME people are more hesitant to take the vaccine, with confidence lowest among those of Asian ethnicity.

The President of the Board of Deputies of British Jews, Marie van der Zyl, has criticised the decision of the International Criminal Court to open an investigation into alleged war crimes by the Israelis in the Palestinian Territories. She said it showed the increasing moral bankruptcy of international courts, as the timeline of the inquiry begins on 13 June 2014, a day after Hamas kidnapped and murdered three Israeli teenagers. She said the investigation is utterly compromised from the beginning.

Zara Mohammed, the 29-year-old secretary-general of the Muslim Council of Britain, has told The Guardian that her interview with Emma Barnett on Woman’s Hour was “particularly hostile and aggressive”. One hundred people complained to the BBC at the manner of questioning, when she was asked four times whether there were female imams in Britain. She told The Guardian she was really taken aback by the interview and felt like she was having “an out-of-body experience”. She said the interview was about “stereotyping us and vilifying us and not allowing us to define who we are”. In response to early criticism, Woman’s Hour said it was legitimate for the programme to seek to explore some of the issues facing Muslims in the UK, but it would reflect on issues and concerns raised in an open letter of complaint.

A coalition of LGBT+, mental health and faith organisations have renewed their calls for a ban on conversion therapy. They say that 28 March will mark 1,000 days since the government promised to make illegal the act of trying to change or repress someone’s sexual orientation. However, no action has been taken so they are urging supporters to write to their MPs demanding action. The campaign includes the Ozanne Foundation, which last year organised a global interfaith commission and achieved 2,000 signatures calling for a ban. The CofE’s parliament, the General Synod, has voted in favour of a ban, but campaigner Jayne Ozanne says nothing has happened and people are still suffering trauma.

Two American college chaplaincy organisations are combining to meet the needs of an increasingly diverse intake of students whose spirituality is expressed in multiple ways and not always within “religion”. RNS reports that their historic role, going back 70 years, is changing. There is a wider range of traditional faiths, complex questions of identity and meaning, and more young people describing themselves as “nones” — no religion but often spiritual. Worship, prayer and pastoral care sit alongside community-building and civic engagement. The new organisation will be known as the Association for Chaplaincy and Spiritual Life in Higher Education.

The House of Representatives cancelled its session on Friday amid fears of another storming of the building by QAnon and conspiracy theorists, wedded to the fantasy that Donald Trump would resume the presidency on 4 March. The National Guard was out in force, razor wire and fencing was erected, but Trump remained in 70 degree sunshine in Mar-a-Lago.