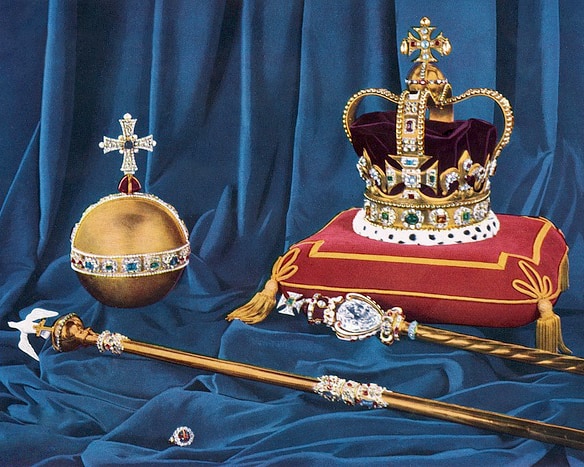 The incendiary interview with the Duke and Duchess of Sussex should force change in the monarchy to make it more representative of modern multicultural Britain, a Religion Media Centre online briefing was told.

The danger is that it is not only seen as old-fashioned and out of touch but has a moral deficit in the way it behaves. The couple had been caught up in a massive sea change in what monarchy is all about, but in 100 years’ time, this episode would not be much more than a footnote of curiosity.

The confident prediction came from Dr Ted Harrison in an online briefing considering the fallout from the interview, aired in the UK the previous evening.

He said the episode should be seen on the continuum of the Queen’s reign. At the start, there was a wholly different concept of monarchy from today’s. It was a sacred institution; the monarch was anointed with holy oil. Yet through the past 70 years of Elizabeth’s reign, the monarchy has totally changed.

Lady Diana Spencer arrived at the halfway point during this evolution and now we have moved onto the next generation but some of the old legacy was lingering on.

Dr Harrison said Meghan arrived living in the era of celebrity, an American actress, and had come into an organisation which was alien to her. Harry was caught in the cusp of the change. “Here are two individuals caught up in a massive sea change in what monarchy is all about,” he added.

The Rev Dr David Muir, from Roehampton University, said the monarchy was an ancient institution with rituals and symbols, but the question was: what are the signs and symbols that we need to maintain? And the question for younger people was: why do we need a monarchy that represents deference, when we have democratic sensibilities?

“What this episode must do is force the royal family, the institutions, the men and women that work with them, to ask themselves serious questions about what image are they giving of a modern Britain.

“I don’t want to get caught up in whether or not the monarchy is racist or not racist. I want to say, what are we doing to change the institution, so it is more representative of the signs and symbols of a modern Britain, which is multicultural, which is diverse, which is dynamic.”

Canon Rosie Harper, a member of General Synod and vicar in Buckinghamshire, said it was extremely important for the monarchy to address the accusations of racism.

She had seen parallels in the church and the monarchy in terms of their role as a moral compass for the country. She said the bishops had at one time been seen by the Lords as a drag on the moral perspective of the country, behind the curve on women, gays and also very racist and now it was beginning to happen to the monarchy as well.

“Once you start saying not just that they’re old-fashioned and out of touch but actually there’s a moral deficit in the way the monarchy behaves, then I think it begins to get very serious, because they’re beginning to be seen as a drag on the ethical thriving of the country, rather than someone who does the leading.”

The similarity does not stop there, as many top executive roles move between the monarchy and the church — Lambeth Palace’s director of communications and the secretary-general of the General Synod, to name two.

Unlike other institutions, the monarchy has had a stable leader for 70 years. “Normal institutions regenerate in a quite a sensible pace, but the Queen has been there for absolutely ever,” Canon Harper added.

The link between church and state also came under the spotlight, referring to the suggestion by Professor Ian Bradley, author of God Save the Queen: The Spiritual Dimension of Monarchy, that the power of the monarchy was spiritual leadership — to lead, inspire, unite — so that it became viewed as sacred in some way.

Stephen Bates, formerly the royal and then religious affairs correspondent for The Guardian, said the Queen sometimes seemed to be almost the last person who really believed in a sacred link and took it very seriously. But in the future, as secularisation continues, “the monarchy is going to be as confused as British society” in understanding the place of religion within it.

Dr Bob Morris, of the constitution unit at University College London, explained that European monarchies that were obliged to follow a particular religion, had generalised the role to extend to all citizens, whatever their faith. The Queen herself had said the church has a duty to protect the free practice of faiths in the country.

But the constitutional political roles of the monarchy were dominant and to put too much weight on the religious importance of the role was to misplace the centrality of their function in society, which is to do with the expressions of continuity.

The speakers were asked whether the younger generation of royals shared the idea of service or duty to which the Queen had devoted her life. The panel drew a distinction between sacrifice and duty. Canon Harper suggested it was almost borderline abuse to demand sacrifice of someone just because of their birth. But the sense of duty was different, with the Queen expressly using this word.

Mr Bates suggested that the public respect the idea of duty. What they resent is a sense of entitlement, something that will do most to undermine the institution.

Dr Muir said what he noticed most in the interview was the lack of response to Meghan when she asked for help with her mental health problems and suicidal thoughts. “If people are complaining about their feelings and mental health and they are suicidal and they cannot get help, I think that’s a real indictment.

“Even within the close circle of Buckingham Palace, if someone is suffering, if someone is struggling, they must be able to go to someone — there are chaplains, and we know how important mental health is.”

Finally, the panel was asked for their views on the media’s role in creating the storm that led to the interview. Racist views were utterly reprehensible, all agreed.

The writer Paul Vallely offered the explanation that Meghan is the villain not the heroine in the British royal fairy tale, as she fulfilled the story of the one who is junior in rank yet triumphed.