How philanthropy can regain its soul 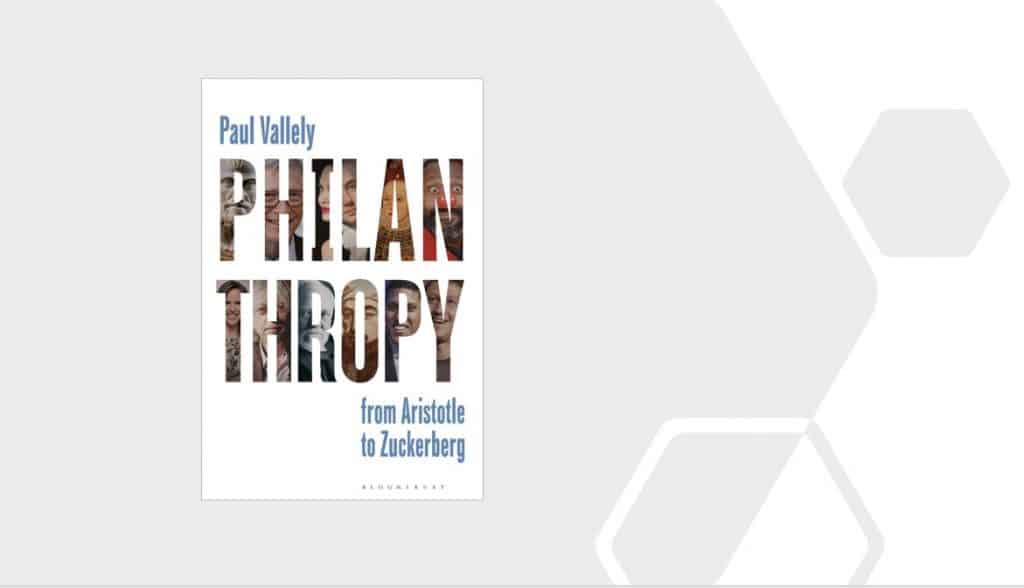 “Can you believe that I’ve never actually thought about it?” said Paul Vallely when he was asked what he would do with the money if he became a billionaire overnight. But the author of Philanthropy from Aristotle to Zuckerberg does have some advice for people who are thinking about giving a lot of their money away.

“Philanthropists are often motivated by something personal in their lives,” he said. “For example, their mum died of cancer so they fund cancer research. So the personal element is the starting point because it will keep you motivated and involved.”

Paul Vallely spent six years finding out why and how people — especially the super-rich — give their money away. But he begins his book by exploring the history of philanthropy through two parallel traditions. The Greek tradition of philanthropy placed the emphasis on the giver.

Aristotle thought the aim of giving was to improve the moral character of the donor, and rich people funded public goods to cement their place in society. “In the same era across the other side of the Middle East the Jews were coming up with an entirely different approach to philanthropy and that was a religious one,” Vallely explained in a webinar organised by the Religion Media Centre.

“God had been generous in his creation, and so it was incumbent on men and women to be generous to one another.”

He charts the influence of the two traditions down the centuries. Modern philanthropy, he believes, can lean too far towards utilitarianism: it is preoccupied with data and measurements and with importing the methods of big business into big giving.

If it is to recover its soul it needs to recover a spiritual dimension that places at its heart the relationship between those who give and those who receive.

The tax-cutting Thatcher-Reagan years saw the beginnings of an explosion in the numbers of very wealthy in the US and UK. One of shocking elements in Vallely’s book is the revelation about how few of them give away anything, particularly in the UK where the median level of giving among ultra-rich is £240 a year.

“No amount of charity can compensate for a lack of justice and that that is an important baseline to hold onto,” he says. “But there’s an ambiguity here because philanthropists are at least doing something good. That puts them in the spotlight in a way which they wouldn’t otherwise be.”

On the historical figures who made their wealth through slavery, Vallely said: “I’m not justifying their position, but I am saying that we need to have a wider sense of moral outrage about the past. I thought this during the attack on the Colston statue in Bristol when attention was being directed to his past because he because he happened to have a statue. He got a statue because he was a philanthropist.

“There were a lot of slave traders whose behaviour was as shameful and as egregious as Colston and nobody ever brings them into any reckoning. The irony is that it was Colston’s acts of philanthropy which put him in the public spotlight.”

One of the advantages of philanthropy is it provides an alternative source of values and power to the state. On the other hand the way in which tax relief is given to philanthropic donations can undermine democracy by prioritising the interests of the rich over those of ordinary people.