Losing the Liberty to Discriminate

The decision by the US Supreme Court outlawing discrimination against gay, lesbian, and trans people in employment stunned both sides of the argument. The winning opinion on the liberal side was written by Neil Gorsuch, Donald Trump’s first appointment to the court and a man on whom religious conservatives had pinned many hopes.

He was, after all, a proponent of “strict construction” — the belief that laws should be interpreted according to their letter and not their spirit — and as such had been opposed to many of the socially liberal decisions of recent courts.

But it turns out that unlike more pliable Republican hacks, Gorsuch actually meant what he said about the letter of the law. His judgment argued that the Civil Rights Act of 1964 forbade employment discrimination on the grounds of sex: the words were plain and even if the Congress which had passed that law 50 years ago had certainly not intended for it to cover discrimination on grounds of sexual orientation, that intention did not matter. If it was illegal to sack Ruth for marrying Vincent, then it must also be illegal to sack Justin for marrying Vincent since to do otherwise would be to discriminate against Justin on the grounds of his sex.

The symbolic effect is considerable. Conservative evangelicals and Roman Catholics have embarked on a great wailing and gnashing of teeth. For them the ability to sack or to exclude people who violate the teachings of their church on sexuality (or other matters) is at the core of religious liberty.

This is not a trivial complaint. Religions are centrally concerned with the transmission of values and this is done by example more than by preaching. If they can’t practise what they preach, then they are in some sense restricted, or, as they might see it, persecuted.

Such moral clashes have been frequent in the past 20 years in both Britain and the US. There was a huge row in this country over whether Catholic adoption agencies could be compelled to place children with gay and lesbian foster parents; before then, some conservative Christians objected to the banning of corporal punishment in schools and in the home. In the United States, Catholic agencies have fought for the right not to supply contraceptives on the health insurance supplied to their employees.

But there have also been battles before now where the church has been on the left of the culture wars. The right to conscientious objection, is a clear example of religious doctrine trumping the morality of the state, which demanded in the wars of the 20th century that all young men sign up to kill the opposing soldiers.

In practice there is always a trade-off or a compromise between the demands of any religion and those of the surrounding state and this is necessary if any sort of freedom of conscience is to survive. If the church is supreme in all moral matters, you get a theocracy, like Southern Ireland in the 1950s and 1960s; if the state makes no provision for the individual conscience, you get a tyranny like communist Russia or contemporary China.

But whatever compromise is reached, it’s never going to be entirely happy. Even when all the individual rights that a state might want to protect are codified — we could even call this the human rights act! — there will be unending frictions.

The “gay cake” case, in which a Belfast bakery run by fundamentalist Protestants was prosecuted for refusing to ice a cake with a message in favour of gay marriage, provides one recent British example. In the end, the courts decided that the bakery could not refuse to serve a gay couple — that would be discrimination against them on the grounds of their sexual orientation — but neither could it be forced to express, even in sugar paste, a message that the owners found morally repugnant. That would be to override their consciences, which also have their rights.

Right at the moment, the argument is being played out over the reopening of places of worship. The right-wing pressure group Christian Concern has been retweeting a Canadian claim that “The right to worship is given us by God — not the state”; in Iran, some young men were licking the gates of closed Shia shrines to demonstrate that Allah would never allow them to catch the virus that way. But that kind of enthusiasm tends to be self-limiting.

In practice, even in the US, high principles matter less than both sides pretend. The overwhelming majority of American employees can be sacked for any reason, or none, providing this does not contravene federal law — but the burden is on the employee to prove they were dismissed for a protected characteristic. Discrimination would have to be really egregious for a lawsuit under those conditions to succeed. 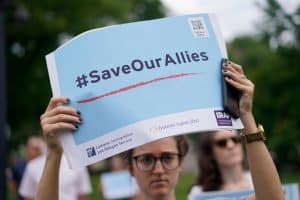 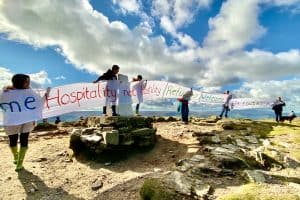 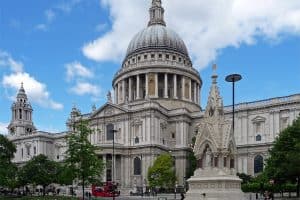