The Church of England is creating a new website to help “change the narrative about Christianity in the English speaking world”.

For the initial four year project costing more than £1 million, the Centre is seeking a staff of four and the recruitment process is underway for the first Senior Editor role at £60-75k.

The Centre for Cultural Witness is the idea of the Bishop of Kensington, Graham Tomlin, who told the RMC that the church does good things at local level in communities across the country, but these are not often brought to public attention.

He said: “Very often, the public profile of Christian faith is a little bit negative. Maybe people think that the church is dying, and that they don’t often hear Christian voices in public. The initiative came out of a sense that this is something we need to pay attention to”.

He explained that the idea arose from conversations around the Church of England’s ten year strategy, suggesting ideas for the future against a backdrop of declining church attendance and financial constraints, not helped by Covid lockdowns.

The strategy said the church’s future was to be “simpler, humbler and bolder”, which  may involve  new kinds of church communities outside traditional structures, new forms of lay ministry, encouragement to bring in more young people and intentional change on issues of social justice such as racism.

The website will be created in partnership with theology departments and the bishop explained it will aim to appeal to people outside the church: “It will unashamedly want to help people understand the riches of Christian faith. We have this extraordinary story that has shaped culture, in particular western culture and cultures across the world in profound ways, in our art, literature, architecture and values. But as a culture, we’ve often lost and forgotten that story and that wisdom. And so the aim of it is simply like to share that wisdom more widely”.

It might look like a Christian version of “Unherd”, the Bishop said, not necessarily taking the same political view, but this was “an example of a website that has given voice to a particular perspective and gained quite a bit of following for that”.

It will offer information on the “basics of Christianity”, opinion pieces and articles on the influence of Christianity on culture, comments on cultural trends and issues in the news with a particular Christian take on it. It will include stories of the impact that the Christian faith has upon individuals and communities around the UK and the world.

Various media outlets already report stories like this, such as the Church Times. The bishop concedes there is some overlap, but says the Centre has a different approach. Whereas the Church Times is primarily for the church and includes internal church matters, the Centre’s focus is for people outside and not on these stories. It will not have a staff of journalists writing for the website but will commission contributors.

The Centre will not focus on internal church debates. Asked whether it would therefore sanitise the often acrimonious debates over moral disputes, he said: “I’m not saying we won’t touch on those. But when people write for the website, we’re always wanting to think about the person outside the church, not the person inside the church”.

The Bishop is President of St Mellitus College, formed from a merger between North Thames Ministerial Training Course in London and Chelmsford and St Paul’s Theological Centre, part of the evangelical church, Holy Trinity Brompton. It is based in an HTB church – St Jude’s Kensington.

He will continue in this role, but step down as Bishop of Kensington to be the leader of the Centre for Cultural Witness from August. The bishop is clear that the Centre will aim to represent broad views and will be based at Lambeth Palace.

“We’re not particularly wanting to be tied to one part of the church, but to something that digs deep into the deep riches of Christian faith that we inherit from the past, that constantly need to be explained and explored in the current context.

“There’ll be a range of different Christian voices and perspectives, but all based around ‘generous orthodoxy’ that lies at the heart of all our different expressions of faith”. In summary, he says this is expressed in the Nicene Creed 325AD, which gives “quite a lot of room for interpretation”.

The Centre says although it is rooted in the Anglican church, it seeks to be ecumenical and international.

It is funded by the Archbishop of Canterbury’s Charitable Fund and the McDonald Agape Foundation, an American organization whose founder worked at McKinseys and in the White House and at the age of 79, became a Catholic. The fund supports almost 1000 theologians and various theology departments.

The Centre will work in partnership with UK theology departments. “We’ll be looking for contributors, right the way across into the church, and particularly, in the world of theology. There is much good thinking going on. But much of it never gets beyond the small world. People don’t pick up 400 page books of theology”.
(This article was corrected to make clear that the Bishop will continue as President of St Mellitus) 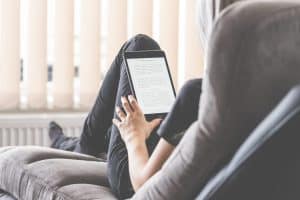 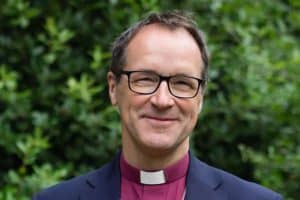 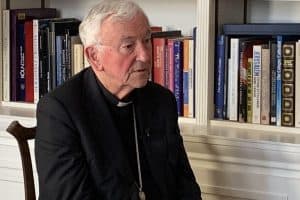 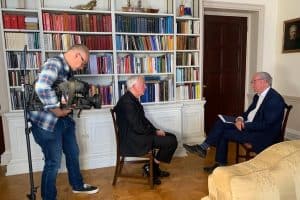 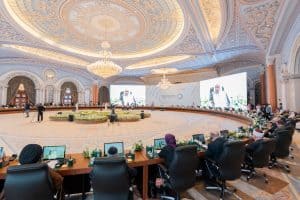 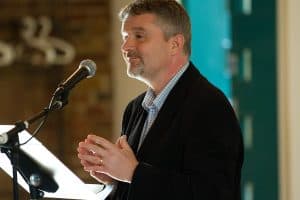 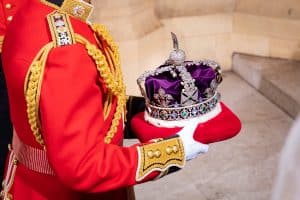