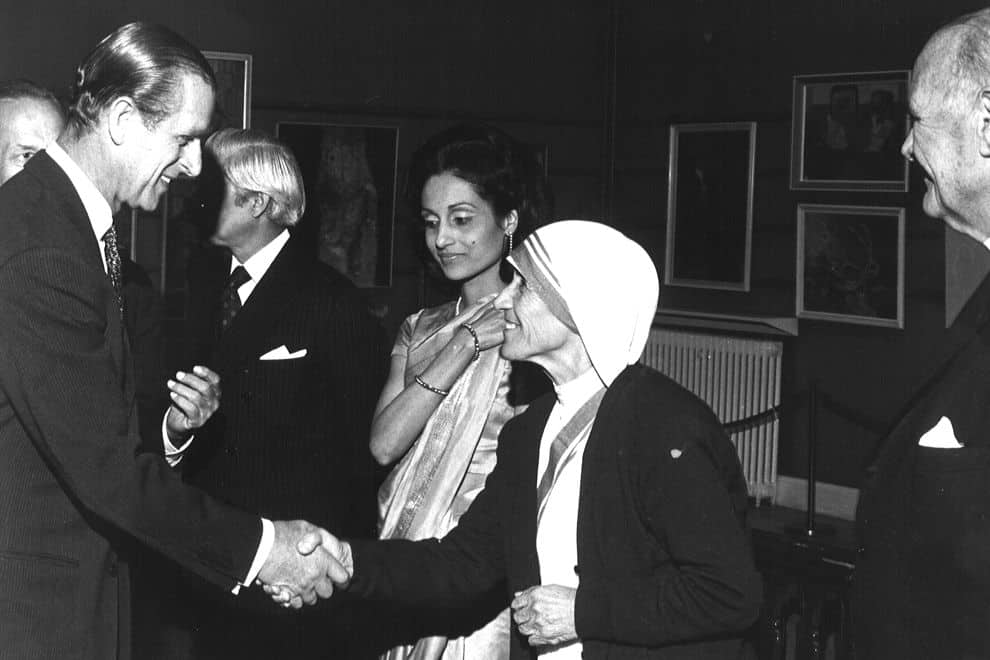 Prince Philip was not just a believing Christian: he was also, by temperament, someone who wanted to know how things worked and to use the resources of the establishment to gratify his curiosity.

Out of these interests came his foundation — with Robin Woods, then the Dean of Windsor — of St George’s House, a study centre within the walls of Windsor Castle, where cabinet ministers, archbishops, and distinguished scientists could mingle in an atmosphere of donnish privilege and discretion.

It was intended originally, as a sort of staff college for senior Anglican clergy, although it has since branched out, and Philip took a keen interest in its running. He chaired many meetings of the management committee and — of course — the location in Windsor Castle meant that almost any scientist they wanted would respond to an invitation.

Seminars were held in the library built by Henry V at the end of the courtyard, and sometimes Philip himself would come down and listen and sometimes tell the scientists what they had meant. “He was very keen to express his own opinions,” said one who worked there for many years. But there was no mistaking his interest in the subjects, nor his humility before things that he knew he did not understand.

He must have felt something in common with Sir John Templeton, the Anglo-American billionaire who spent a large part of his fortune to ensure that science and religion were studied with equal rigour and enthusiasm. Both men were pragmatists, interested in what worked, and Philip, I believe, shared Templeton’s conviction that the progress of science would reveal a world that God had made.

Certainly, Philip lent his name to Templeton’s big prize, awarded annually for “progress in religion”. For the first 20 years he presented it at Buckingham Palace, which added a lustre money couldn’t buy to the substantial cash element of the prizes — more, by design, than the Nobel prizes, because Templeton wanted to show that spirituality mattered more.

The “staff college” function of St George’s House came up very clearly in the autumn of 1986, when the furore about David Jenkins, then Bishop of Durham, was at its height, and elements of the Tory party were attacking the Church of England, and both archbishops, with enormous gusto.

Not much has changed on that front in nearly 40 years, but back then, St George’s House hosted a residential weekend with both David Jenkins and his patron John Habgood, then Archbishop of York, and John Gummer, then a cabinet minister, along with a number of conservative intellectuals, so that they could all wrangle out those questions discretely and come to a better understanding of one another.

I recall the extraordinary intellectual self-confidence of everyone involved; but also their social confidence: their sense that they were all the right kind of people to be governing England.

But St George’s House also hosted numerous meetings on science and religion, where Templeton-adjacent scientists, some of whom would go on to win the prize themselves, talked on equal terms with senior clergy and a few interested outsiders or favoured journalists, like me.

I remember Sir John Polkinghorne, who died last month, lecturing on chaos theory and its implication for God’s freedom to act in the world; the gentle Arthur Peacocke; and the brilliant Oxford philosopher John Lucas talking on human freedom and artificial intelligence — all this in the early 1990s, long before these ideas had emerged into public consciousness. And Philip would sometimes appear and listen quietly.

After one of these meetings, it was suggested that he would like to write an article for The Independent’s god slot, which I then edited. Overriding the paper’s anti-monarchist stance, I commissioned it, but did demand quite a lot of editing — which, to his great credit, was done without fuss.