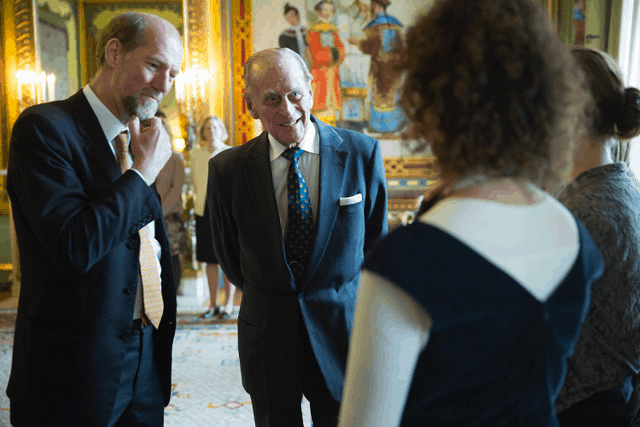 FaithInvest, a UK-based international organisation founded to empower the faiths to invest for the benefit of people and planet, has paid tribute to the Duke of Edinburgh.

It says: Prince Philip was not only an extraordinary personal friend to Martin Palmer, FaithInvest’s chief executive and president, but for the past four decades, he was the inspiration for the largest civil society environmental movement in the world.

It was Prince Philip who in 1985 saw that working with the main faiths around the world would bring new partners to the struggle to protect people and planet.

“His Royal Highness was the first world leader to understand that the religions of the world could be natural partners for the conservation movement,” said Mr Palmer, who was Prince Philip’s religious adviser on conservation right up to the time of his death.

“Put simply, it was his vision to bring the faiths together with not just WWF [the World Wide Fund for Nature] but all the major environmental organisations. It was his absolute conviction, when it was not fashionable to have such a conviction, that religions are vital forces for a sustainable planet, and that secular environmentalists needed to work with them.”

This conviction led Prince Philip to ask Mr Palmer to organise the first ever meeting between the major faiths and the major conservation and environmental organisations in Assisi, Italy, in 1986, as the main focus of the 25th anniversary of the WWF, of which Prince Philip was then the international president.

That event not only resulted in the biggest global publicity WWF had achieved to date, but also inspired the faiths to embrace the environment as a religious issue and, as a result, launch tens of thousands of faith-led environmental initiatives globally. It led to the creation of several organisations including the Alliance of Religions and Conservation (ARC) in 1995 as well as faith environmental groups such as EcoSikh, Bhumi Global, Daoist Ecological Temple Association and others.

It also led directly to the launch of FaithInvest in 2019 as a UK-based international non-governmental organisation founded to empower the faiths to invest in line with their beliefs and values, for the benefit of people and planet.

Even in his retirement, Prince Philip retained a close interest in the work begun by ARC and continued by FaithInvest.

Mr Palmer said: “We were last in touch at the beginning of January 2021. He was excited to hear that we were working with hundreds of faith organisations to help them develop Faith Long-Term Plans to be launched later this year ahead of the UN’s COP26 climate conference.

“These plans build on a programme, Faith Commitments for a Living Planet, that he launched at Windsor Castle in 2009 with the then UN secretary-general Ban Ki-moon, which have profoundly shaped the faiths’ response to the environment over the past decade. We had hoped to be able to celebrate yet another major programme with him but now will do so in his honour.”

For Martin Palmer, Prince Philip’s death is also a personal loss. “I have worked with HRH since 1985 and we have been friends ever since. He was fiercely loyal, strongly critical when necessary, huge fun; humorous and wise. Today, I’m grieving the loss of a friend, as well as the founder of what the UN has described as ‘the largest civil society movement on the environment’.”