Faith leaders call for action against ‘genocide’ of Uyghurs

Forty faith leaders from across the world have signed an open statement calling on the international community to take action over the ‘potential genocide’ of the Uyghurs by Chinese authorities.  The signatories include the former Archbishop of Canterbury Rowan Williams, Rabbi Julia Neuberger, five Church of England bishops, one Roman Catholic bishop and two cardinals including Myanmar’s Cardinal Charles Bo. They have taken action after reports that at least one million Uyghurs are held at ‘re-education’ centres, women have reported being forcibly sterilised, organs have been removed for transplants and children have been separated from their parents.  The statement says the Uyghurs  are facing one of the worst human tragedies since the holocaust and  those responsible for the persecution of the Chinese Muslim minority must be held to account, adding that the situation calls into question the willingness of the international community to defend human rights.  Full story here

Catholic leaders in Beirut told to live simply without luxury

The Pope has said his thoughts are with the people of Beirut following the ‘catastrophe’ when an explosion ripped through the city and killed more than 150 people. He said “Lebanon has a peculiar identity, the result of the meeting of various cultures, which has emerged over time as a model of living together. Of course, this coexistence is now very fragile”. He urged the bishops, priests and religious in Lebanon to be close to the people and to live a lifestyle marked by evangelical poverty, without luxury, “because your people suffer, and suffer so much”.
In the same address, on the 75th anniversary of the nuclear attack on Hiroshima and Nagasaki,  the Pope renewed his commitment to see a world totally free from nuclear weapons.

Catholic aid agencies on the ground in Beirut

At least sixteen Catholic organizations, including Catholic Relief Services and Caritas International, are working on the ground in Beirut following the explosion. They have sent medical teams and relief groups to assist with basic necessities, as 300,000 people have been made homeless. The Catholic News Agency says the explosion’s shockwave caused damage within a six-mile radius, including the adjacent areas of the mostly Christian neighbourhoods of Mar Maroun and Achrafieh. Caritas Lebanon has offered water and hot meals at several locations, health care centres have opened, and a mobile medical unit and mental health team are in operation

Public hearings in the Independent Inquiry Into Child Sexual Abuse resume today with a string of evidence from religious organisations. It will review the current child protection policies, practices and procedures in religious institutions that have a significant presence in England and Wales including non-conformist Christian denominations, Islam, Judaism, Sikhism, Hinduism and Buddhism. Today, the Jehovah’s Witnesses are giving evidence. The IICSA diary for this week is here.

Faith groups in England and Wales had until last night to submit proposals for the government ‘s “Places of Worship, protective security funding” scheme to guard against hate crime. The fund was set up in 2016 and so far, 180 grants have been made. This year £3.2 million has been set aside for places of worship and associated faith community centres that are vulnerable. This does not include faith schools. In 2018/19, only 22 mosques received funding, with speculation at the time that this was due to antipathy towards the Prevent programme. The number of applications in this round is not yet being made public.

The Church Times is reporting that  the clerical outfitters, Wippell & Co., who supply clerical and graduation wear, experienced a 90 per cent drop in the lockdown from March. Its director, Robin Richardson, is quoted as saying that the business would only pick up when churches started re-opening. “We are the largest producer of clerical robes in the country. Two-thirds of our business comes from university graduations, while one third is from the Church. There are no graduations at the moment, and no deliveries to the Lambeth Conference, the Church of Scotland General Assembly, and no orders to US theological colleges. Between March and June, only one week’s worth of work was created via our website. We employ 50 people, and the Government furlough scheme has helped, but we haven’t really been able to adapt.”

Jerry Falwell Jr, son of the founder of the Moral Majority in America, has ‘stepped aside’ from his post as president of an evangelical college, after posting a photo on Istagram with his trousers unzipped. The university said in a statement that he had been asked to take “an indefinite leave of absence from his roles as President and Chancellor of Liberty University, to which he has agreed, effective immediately”. The picture, since deleted, showed him with his arm round a young woman – his wife’s assistant – while on vacation. Liberty University, in Virginia, was founded by his father and teaches evangelical young people, while enforcing by a strict code of conduct around sexual behaviour. 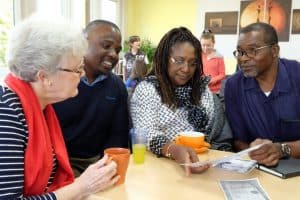 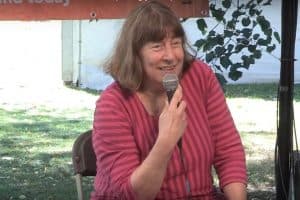 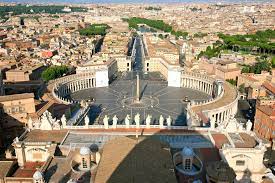