Stories of gay people who have been held down and hit in “deliverance ministry” by faith leaders who want them to repent, are so distressing that they could form the basis of a future independent inquiry into sexual abuse. That’s the view of Andrea King, co-ordinator and chair of a new initiative “Creating Sanctuary” which trains churches in how to safely counsel gay people seeking pastoral help for their inner turmoil, with tension between their identity and beliefs. Speaking at a Religion Media Centre zoom briefing, Andrea King said political leaders have already made a link between suicides in the rainbow community and appalling treatment in churches: “This is the next IICSA inquiry waiting to happen”. Zoom report here

A 39-year-old Italian woman has been arrested in connection with the Vatican’s latest financial scandal. Cecilia Marogna worked for Cardinal Angelo Becciu, a senior Vatican official who was forced to resign amidst allegations of embezzlement. He has denied wrongdoing.  Reuters reports that Marogna was arrested in Milan, following media interviews in which she said she had received 500,000 euros from Becciu to run a “parallel diplomacy” to help missionaries in conflict zones. She has also denied wrongdoing. Days after Becciu resigned, the former head of Vatican finance Cardinal George Pell returned from Australia, having spent 12 months in jail after being convicted of sex abuse charges, which were later overturned.

UK Vaccine taskforce researchers are calling on more people from black, Asian and minority ethnic backgrounds and the over 65s to volunteer for clinical studies for the coronavirus vaccine. Of the 270,000 people who have already signed up, 11,000 volunteers are from Asian backgrounds, and 1,200 are black. The Jewish Times reports that Jewish people are being asked to take part in the trials. Equalities Minister Kemi Badenoch said it was important to ensure every community trusts a future vaccine and that it works across the entire population.

The Community of Sant’Egidio has launched a campaign against the death penalty to “defend the life of every condemned person”. The Community began in 1968 and works in 70 countries with the poor and marginalised. It says that during the pandemic, prisoners on death row are even more isolated and efforts must be intensified to end the practice. Seven people have been executed in the States since July, after the federal death penalty was restored. In December, the UN General Assembly will debate a resolution calling for a universal moratorium on executions.

The United States Supreme Court Justice nominee, Amy Coney Barrett, has declined to tell senators whether she believes the landmark ruling legalizing abortion, Roe vs Wade, was properly decided. A committed conservative Roman Catholic and member of the charismatic group “People of Praise”, her nomination has proved controversial with progressives who believe she would tip the balance on the Supreme Court, perhaps for a generation. When asked at the confirmation hearing whether she agreed that Roe v.Wade was wrongly decided and should be overturned, she said she could not commit a view. This provoked a senator to respond that it was distressing not to get a straight answer.

Paganism a growing religion in Iceland

Paganism is Iceland’s largest non-Christian religion, according to new national registry results. The Evangelical Lutheran Church of Iceland has the largest affiliation with 230,146 members – two thirds of the population. The largest non-Christian religion is the Ásatrú Society, with 5,031 members, a pagan faith that revitalises pre-Christian Nordic traditions, with beliefs around deities, fate, inter-connectedness and ethical living. 27,404 people were registered outside religious and philosophical associations.

An interactive prayer mat for children, created by a Welsh former teacher for his son, has gone global. Kamal Ali, from Newport, hit on the idea when he saw his young son struggling to remember the correct moves for prayer, so he made a prayer mat with markings for the hands and feet and instructions on when to make the moves. It was working well but, he told Wales Online, he made it more attractive to children by adding colour, buttons with pre-recorded keys and information on how to pray. “My Salah Mat” flew off the shelves and is now being sold in 24 countries including the UAE, America, Canada, and Europe. He said: “We’re aware of the positive impact we’ve had, and we hope to keep reaching young Muslims in as many places as possible now.” 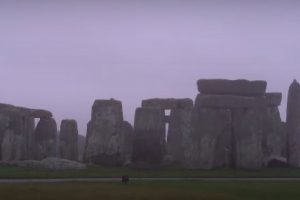 Halloween is here – but what does it have to do with modern witchcraft?

In communion with the trees: how nature is taking over from church

Stonehenge: a Neolithic cathedral, a healing place, or a memorial to ancestors? 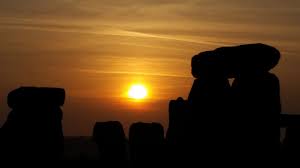 Pilgrims Prepare for their Virtual Journey