A church tainted by divison over women

The Archbishop of Canterbury, Justin Welby, is introducing measures to allow three bishops to consecrate new bishops, smoothing over differences within the church over women’s ordination.  Under church rules, men who object to women’s ordination, but have been chosen for the leadership role, can choose to have like-minded bishops perform their consecration ceremony. The new measures will allow all ceremonies to involve three bishops performing the consecration, but all bishops, whatever their views, may be present at the service. This is what happened yesterday at Lambeth Palace, when the new Bishop of Lewes Will Hazlewood, opposed to women priests, was consecrated by three like-minded men. Justin Welby was not among them, because he ordains women, so he preached, prayed and performed legal duties, but withdrew from the ceremony of consecration. The pro women’s lobby Watch (Women and the church) issued a statement saying that allowing opponents of women priests the opportunity to reject the Archbishop  implies that new bishops will not be in “full communion” with him. They call this ‘the theology of taint’ – that people and the church are tainted if they support women’s ordination. They say the fact that this is allowed, flourishes an open wound.

Popular live streamed services from Methodist Central Hall Westminster during the lockdown, will become permanent. Altogether, more than 156,000 people have tuned in on YouTube, including individuals and families from all over the world, with as many as 20,000 people viewing one service. Although some of this number may have returned each week, the scale of the online attraction has been seen to serve the wider Church and people who don’t normally attend. This Sunday, 19 July, Methodist Central Hall will launch their new website ‘MCHW.LIVE’ as a permanent home for online services, although they will continue to be available on YouTube. The worship will come from the Chapel inside the building, with contributions via zoom from elsewhere. Dan Forshaw who co-ordinates the services said:  ’We realised quite early on that some form of live-streamed Sunday service was going to continue for the long-term. The new site has everything people will need to interact with the services, be that singing, praying or listening to the sermon,  all from the comfort of their own home.’

Oasis UK, which runs 52 academies around England, is delivering summer holiday activities for post lockdown families and children. It’s hoped that social contact, physical and creative activities – and free meals – will help everyone emotionally and physically. The schemes will roll out in 13 cities. In London, Oasis has formed a partnership with the Park Plaza Hotel – the largest hotel in London – to serve and deliver meals every day. Oasis founder the Rev Steve Chalke said: “Children facing food poverty now number at least 3 million – almost three times the number who qualify for free school meals. That’s why emergency food will be a key part of our provision..As we all adjust to the new normal, we recognise the pressure and challenge for schools, local authorities and other agencies to provide enough support to the people who most need it. It’s an ‘all-hands-on-deck’ moment and we’re delighted to be able to respond in this way.”

Same sex marriage to be banned in Russia

Legislation to ban same-sex marriage in Russia has been drafted for approval by the State Duma, the lower house of parliament. It explicitly bans gay marriage and same sex couples adopting children, after voters backed changes to the constitution which define marriage as a union of a man and a woman only. Reuters reports that the changes have been championed by President Vladimir Putin, who has aligned himself with the Russian Orthodox Church and sought to distance Russia from liberal Western values.

The Catholic aid agency CAFOD has joined forces with the Disasters Emergency Committee in an appeal for help for people at risk of coronavirus in refugees camps and countries suffering conflict. They say that families who have been forced to flee their homes in Syria, South Sudan, and the Democratic Republic of Congo, now face the virus with not enough hospital beds or supplies, overcrowding, food or jobs. CAFOD Director, Christine Allen, said: “In the UK our struggle against coronavirus has entered the next phase, but in many of the world’s poorest communities the fight has only just begun”. Last week, the World Health Organization confirmed there have been over 11 million cases of coronavirus globally and over half a million deaths. 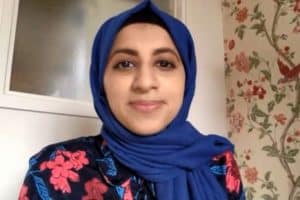 Precious daughters: Pope says women can serve at the altar