The Independent Inquiry into Child Sexual Abuse reports that children have been abused or put at risk of harm in a broad range of religious organisations on numerous occasions. It concludes that religious groups in England and Wales have morally failed abused children, with blatant hypocrisy. The report follows an examination of 38 religious organisations including Sunday schools, madrassas, main Christian denominations, Jehovah’s Witnesses and all main faith groups in England and Wales. It suggests abuse is not reported because of victim-blaming, abuse of power, mistrust of external authorities and absence of sex education. Report here

The US Supreme Court has backed a new law in Texas that bans abortions after six weeks of pregnancy. The vote means that individuals have the right to sue anyone involved with providing or facilitating an abortion past that deadline. But the decision has ignited a reaction from President Joe Biden who said it was an “unprecedented assault” on women’s rights and violated the Roe v Wade case, which legalised abortion in 1973. He accused the Supreme Court of unleashing “unconstitutional chaos” and he has asked government departments to “insulate women and providers”.

The Muslim Charities Forum has produced a guide for Muslim organisations, charities and mosques who are collecting supplies to help Afghan refugees settle in this country. The guide urges a joined-up approach, working with the council and other groups to help the refugees. It suggests providing translators, working through a checklist of urgent supplies and considering long term accommodation and needs. The response, it suggests, can be summed up as “Connect, Collaborate, Communicate, Respond”.

European church leaders have urged the EU to increase humanitarian aid to Afghanistan and assist in resettling refugees. The Bishops’ Conferences of the EU and the Conference of European Churches say they are concerned for those who still require evacuation and for vulnerable groups at risk of mistreatment, including Christians and other religious communities. It was time, they said, for the EU to live up to its ethical values in helping Afghan refugees settle in Europe.

The former Cardinal Theodore McCarrick, 91, is expected to appear in a Massachusetts court today (Friday) charged with sex abuse, the Catholic News Agency reports. He is the first current or former US cardinal to be face this charge, which relates to an alleged incident in 1974. He was sentenced to a life of prayer and penance by Pope Francis after the New York archdiocese deemed sex abuse accusations against him to be credible.

Police investigating a series of unprovoked attacks on Jewish people in Stamford Hill, on the same day in August, have arrested a man, the BBC reports. The incidents include a 64-year-old man pushed and knocked unconscious, a 30-year-old man struck on the head with a bottle and a 14-year-old boy attacked. Police say a man, 28, is in custody at an east London police station on suspicion of five racially aggravated assaults.

Kosher boxes of food are being prepared to distribute to hospital patients in preparation for the Jewish New Year, Rosh Hashanah, which is celebrated next week from Monday to Wednesday. The Jewish News says Anthony Shaw, chief executive of Bedside Kosher said: “We genuinely believe food is medicine and that maintaining good nutritional status during hospital is vital. This year we are thrilled to once again be able to offer a special L’shanah tovah meal”. The boxes will contain grape juice, honey, apple and a card. 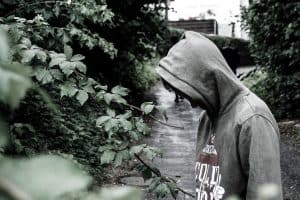