A report into religious rituals during the pandemic says people reported online versions were less meaningful, less communal, less spiritual, less effective – yet online is here to stay with higher and more varied attendances. The “British Ritual Innovation under Covid-19” report came out of a year-long project by the University of Chester and Manchester Metropolitan University involving 604 responses to an online survey. It found innovation and deep-seated dissatisfaction with digital worship during the pandemic, and that funerals, baptisms, festival celebrations were exceptionally difficult for most participants and leaders. But on a positive note people valued the ability to join others from a distance and the future is hybrid.

Church closure decision in Croydon met with claims of racism

The Rev Yvonne Clarke, the first black female deacon in the Church of England, is considering an appeal to the Privy Council following a decision to dissolve her parish, which she says was “racist”. Aged 62, she has served All Saints Shirley, Croydon, for more than 20 years but faces losing her church, job and home. The parish will be divided between the parishes of St George, Shirley, and St John, Shirley. The diocese of Southwark denies allegations of racism or sexism towards her, and said it had come to the decision due to “ongoing concerns about the financial viability and capacity for governance and mission over a period of several years”.

The Muslim Council of Britain has written a guide for mosques to help refugees. It suggests appointing a refugee champion to be the main point of contact for advice on rights and benefits; help the families live in the UK without fear;  encourage respect and advise on accommodation and work; help provide essential items such as clothes, toiletries, baby equipment and food; guide towards education and health provision.  The guide is “Empowering Muslim communities to achieve a just, cohesive and successful British society”.

The Guardian reports on the release of a series of investigative films, charting the story of the American evangelist Gwen Shamblin Lara, who preached a gospel of weight loss and spirituality through a group called the Remnant Fellowship in Tennessee. The report says Shamblin advised people they could pray their way to thinness and regarded fat as a manifestation of sin. Shamblin, hher husbands and five other Fellowship leaders died in a plane crash in Tennessee on 29 May. A three part series of films about Shamblin’s life and teaching *The Way Down” will feature on the streaming service HBO Max.

The Telegraph reports that a 16-second TikTok video of a Canadian woman filling in a Church of Scientology personality test has been viewed more than 2.5 million times. A church member from Germany said hundreds of tests had been filled in all over the world and sent to Scientology branches in Germany, Budapest and Dublin. The questionnaire seeks to identify personally failings and faults which cannot be resolved alone.

Christian meditation technique tried on children – and the Archbishop’s Council

Children at Goring CE Primary school, near Reading, together with members of the Archbishops Council, have been trying out a Christian meditation technique to aid stillness and contemplation. In a programme called “Spacemakers”, children are asked to focus on five practices – Stillness  using breathing techniques, becoming aware of oneself and one’s surroundings; Noticing – the absence of faith, hope and love in moments of unhappiness and difficulty, and the presence of faith to choose and seek consolation; Dwelling – listening to and experiencing how inclusive words, phrases or scenes from the Bible can ‘come alive’ ; Mending – forgiveness and healing; and Blessing – of schools, homes and communities. The Diocese of Oxford says the programme is accessible to children of all faiths and worldviews, embracing ancient wisdom of the Christian tradition and helping children navigate the world. 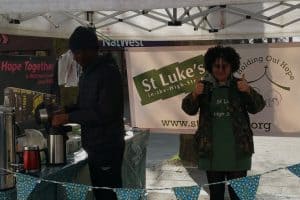