Sikhs in London protest in support of Punjab farmers

Thousands of people — mainly Sikhs — protested in central London on Sunday against agricultural reforms that have angered farmers in the Punjab. In Delhi, protesting farmers met forceful action by Indian police, including tear gas and water cannon, as they approached the capital. Sikhs in Canada and the UK have protested at the use of excessive force. The farmers fear that the reforms will threaten their livelihoods through allowing more commercialisation. Demonstrators from many parts of the UK marched in their support, through Trafalgar Square towards the Indian embassy in Aldwych.

Christian street preachers in Bristol are taking Avon and Somerset police to court, after they were arrested, charged and then acquitted in connection with preaching in the open air outside Broadmead shopping centre in the city in July 2016. In a case supported by the conservative Christian Legal Centre, Mike Overd, Don Karns, Mike Stockwell and AJ Clarke are bringing claims for assault, false imprisonment, malicious prosecution, misfeasance in a public office, and infringement of their human rights. The case starts at Bristol county court this week

The destruction of church buildings caused an outpouring of grief on social media this weekend. The 14th-century All Saints’ Church in Mackworth, Derbyshire, a grade I listed building, was severely damaged by fire on Friday. A 16-year-old has been arrested on suspicion of arson. And in America, the Middle Collegiate Church in East Village, New York, which houses the Liberty Bell and whose congregation dates to the 1620s, was destroyed by a massive fire. The Liberty Bell pealed to mark the birth of the nation in 1776 and has since been rung for the inaugurations and deaths of American presidents and other significant national events.

The Canon Chancellor of Lincoln Cathedral, the Rev Dr Paul Overend, has been cleared of indecently assaulting a Cardiff University student in 1997. The woman involved said she had lost her faith because of what happened. Canon Overend said he did not know who the woman was. He has been on leave since April 2019 and he and his wife had to leave their cathedral accommodation while the legal action took its course.

The US Supreme Court is due to deliver a landmark decision this week over the proper ownership of the Guelph Treasure, a £190m collection of 42 objects from the 11th to 15th centuries including a cross and bone relics of saints, brought back from the crusades. The objects are now in the Berlin Museum of Decorative Arts. The heirs to the treasure say their ancestors were forced to sell the collection to the Nazis at a greatly reduced price. But the current owner, the Prussian Cultural Heritage Foundation, says the collection was sold to the German state not because of persecution, but because it failed to fetch a good price in an art market reeling from the 1929 crash. The case is being considered by the US Supreme Court because it concerns an allegation that international law was violated.

The family of the author Roald Dahl, author of such children’s classics as Charlie and the Chocolate Factory, have apologised for antisemitic remarks he made in 1983, seven years before he died. In a New Statesman article, Dahl said “Hitler did not pick on them for no reason”. The Dahl family said the prejudiced remarks were incomprehensible and apologised for the “lasting and understandable hurt” the words had caused. 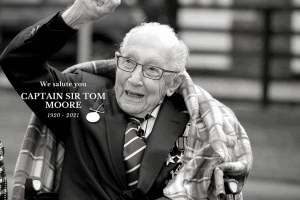 Williamson under fire over ‘strong-arm’ tactics to impose antisemitism definition