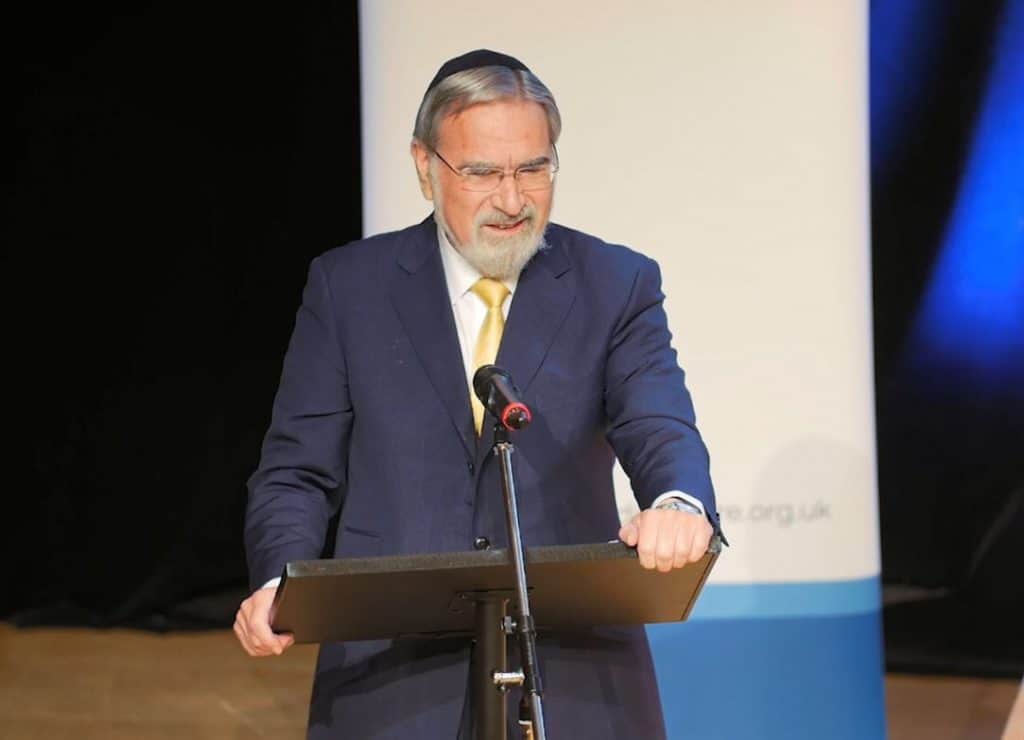 Rabbi Lord Sacks, the ‘prince of God in our midst’

Tributes have been pouring in for Rabbi Lord Sacks who has died at the age of 72, having been diagnosed with cancer. The Prince of Wales, prime ministers, political and faith leaders spoke of his intellectual depth, profound understanding of faith and unfailing kindness and humanity. He was Chief Rabbi of the United Hebrew Congregations of the Commonwealth from 1991 to 2013 and his successor Ephraim Mirvis described him as the “prince of God in our midst”. He was married with three children and his funeral was held yesterday.

Joe Biden: a man of faith in the White House

The election of Joe Biden to be next president of the United States raises intriguing questions of how faith will motivate and inform public policy in the next four years. A liberal Catholic, he campaigns on social justice and human rights issues.  On abortion, Biden embraces Catholic teaching that life is sacred from conception, but does not wish to impose this as a matter of public policy. As a result, he is at odds with the church’s position, which opposes abortion legislation. Early exit polls suggest Biden took 51 per cent of white Catholic votes, compared with Trump’s 47 per cent. In his acceptance speech he quoted Ecclesiastes saying this is a time for  healing and he appealed for an end to the era of demonisation.

The Church of England’s attempt to heal divisions over LGBTQ+ rights moves forward tomorrow with the publication of a set of resources enabling discussion and challenging misconceptions. Living in Love and Faith includes a book, podcasts and resources for group discussions. The Church of England says gay clergy should be celibate, and is set against gay marriage, believing Christians can have sex only if they are in a heterosexual relationship and married. The division in the church is over the interpretation of Bible verses. LGBTQ+ campaigners have complained that the group producing the materials only includes two LGBTQ+ people, one an Anglican clergyman and the other a trans United Reformed minister.

Also tomorrow, the Vatican will publish its report into what it knew about the former Cardinal Theodore McCarrick’s sexual misconduct during several decades when he held senior appointments in the church, in New York, New Jersey and Washington. Reports of allegations being known, not acted upon, covered up and victims paid off,  led to the report.

The Imam of Leeds Makkah Mosque, Dr Qari Asim, has called for an urgent review of the decision to ban public worship. He is among a large number of faith leaders who have urged the government to think again. The Archbishop of York Stephen Cottrell has also returned to the fray in an article for the Telegraph, where he said the church was not going to get into a fight over it, but it was important to stress the importance of worship — in all faith communities —  to the well being of society. He feared “these things are not well understood in British culture at the moment”. Remembrance Day services were held outside or online yesterday, but Archbishop Cottrell said other acts of worship in churches that would bring solace, resilience and hope, may be possible. Last week, the health secretary said conversations about the ban on public worship in lockdown were continuing. And the Archbishop of Canterbury Justin Welby said things would “probably change”.

The Muslim Council of Britain and the United Reformed Church have launched programme where churches and mosques are paired with one another to aid understanding. A consultation on how the project is unfolding is being held today as part of Inter Faith Week in the UK. Other activities include a lecture on whether the government should “do God”, meetings to discuss climate change, and school events around interfaith work.