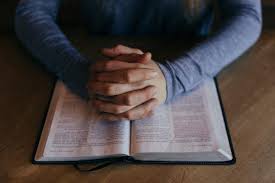 A Christian gay rights campaigner has blamed right-wing evangelicals for the government dragging its heels over banning conversion therapy.

She resigned as government equality adviser last Wednesday because she felt ministers were not acting quickly enough to ban the practice. Her fellow panellists James Morton and Ellen Murray both stepped down too.

The Church of England called on the government to ban the practice in July 2017 following a debate led by Ms Ozanne, who describes herself as a gay evangelical Christian.

A year later, Theresa May’s administration promised to act, and campaigners are frustrated that almost 1,000 days have since passed without action.

LGBT supporters from across the political spectrum urged the government to follow the examples of other countries, such as Australia and Canada, which have outlawed the practice. Last Friday, Liz Truss, the equalities minister, said that the practice was abhorrent and she planned to introduce a bill banning it “shortly”.

The move led to a warning from the Evangelical Alliance that an “expansive definition” of conversion therapy could end religious freedom and criminalise church leaders who were asked to pray with those having difficulties with conflicted ideas and feelings.

Peter Lynas, UK director of the alliance, wrote to Boris Johnson to outline how the proposals “pose a direct threat to religious liberty and restrict personal freedoms”.

In its letter, the alliance condemns the most extreme forms, including corrective rape and electroshock therapy, but argues that these are already illegal. The issue, it says, is that a total ban would extend to other methods such as spiritual therapies and prayer.

While being “deeply concerned” about “some of the practices that have been carried out which are categorised as conversion therapy”, Mr Lynas called on the prime minister to “exercise caution” over an outright ban.

He wrote: “Proposals, as currently discussed, could have the consequence of restricting individual freedom and impinging on essential religious liberty — potentially criminalising Christians and common church activities. We would encourage the government to exercise caution.”

He said the proposed legislation could threaten “churches, church leaders, and Christians across the UK”, adding: “An expansive definition of conversion therapy, and a ban along such lines, would place church leaders at risk of prosecution when they preach on biblical texts relating to marriage and sexuality.

“It would place ministry leaders at risk of arrest for encouraging young people to maintain chastity until marriage. And it would criminalise a member of a church who prays with another member when they ask for prayer to resist temptation as they are attracted to someone of the same sex but do not wish to act on it.”

In an interview with ITV on whether he agreed that exorcism of the “demon” of sexuality was appropriate, Mr Lynas said it was impossible to comment on the abstract.

Ms Ozanne described the letter as “clear proof that there are those who wish to continue the practice of conversion therapy, wish to do so with impunity, deaf to the cries of the multitude of people they have harmed.

“The government has a clear choice — to side with the perpetrators of conversion therapy or to protect vulnerable victims who research shows are likely to suffer significant trauma and mental health problems with many being driven to contemplate taking their own lives.”

The Rev Steve Chalke, founder of the Oasis Charitable Trust, describes himself as evangelical but believes the ban should be absolute.  “As an evangelical church leader, I am adding my voice to the call for full ban on conversion therapy including all forms of religious coercion,” he said.

“Anything less will not do the job. And, although I recognise that some will claim that this will infringe their freedom of belief, in truth, all freedoms end at the point they cause harm to another person.”

The debate is not restricted to Christians as Jewish activists are also echoing calls for legislation.

Dalia Fleming, executive director of the LGBT+ education charity Keshet, said that the ban was important — but education was also vital.

“A legislative ban is essential but it has to be complemented with direct work in the community,” she told the Jewish News.