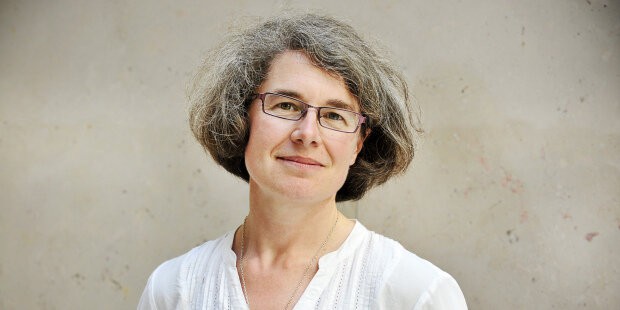 The most powerful woman at the Vatican, Sister Nathalie Becquart, has said that her historic appointment was the fruit of the work of many women before her, but her role is broader than gender equality.

Last month, she was appointed to be one of two under-secretaries of the Synod of Bishops, which meets in Rome every year. This means she is the first and only woman to have a vote on the synod.

Her role is to help lead a process where the church hierarchy listens to its members — lay, ordained, women and men — to reach consensus in decision-making through synodal governance.

Synods are church councils, and the word derives from the Greek for assembly or meeting. Such a change for the Catholic church is radical, moving decision-making away from the corridors of power in the Vatican to consensual decisions taken by the whole church.

Sr Nathalie told a Religion Media Centre briefing that the new process is built around listening and participation, building a communion that is missionary. It was a dynamic vision of a church on the move, serving all the people.

She was asked how realistic this was, considering the recent decision by the Congregation for the Doctrine of the Faith to rule out blessings for same-sex unions, a not unexpected conclusion but one issued without consultation.

She said that this ruling had been an answer to a specific question, but the discussion “seems to remain open”. The church has, from its beginning, had a plurality of approach. It is not monolithic.

There are 1.3 billion Catholics on all continents, the largest Christian denomination. Sr Nathalie said all churches could apply the synod structure in different ways, according to their history, culture and social context. For those countries not used to consultative styles of governance, there may be some resistance, while some have been slow to respond to the Pope’s call for synodality.

For others, like Germany, a “synodal path”, which is expected to request the ordination of married men along with a review of the ban on women’s ordination to the priesthood, has rung alarm bells at the Vatican.

Sr Nathalie observed that the question of authority was a challenge in the church and the synod structure would create listening and dialogue. At its heart is consensual governance. She said resolutions to the Synod of Bishops usually gathered 99 per cent support. She did not rule out synods in the future being composed of lay people as well as clergy. An example was the Amazon synod, an ecclesial conference.

The traditional link between ordained men and governance in the church had already gone. In France, where she served for most of her life, 50 per cent of the Bishops Council comprised women and laypeople. Most recently many women have been appointed to top roles at the Vatican, as heads of commissions or members of a powerful finance committee.

Sr Gemma Simmonds, director of the Religious Life Institute at the Margaret Beaufort Institute of Theology, joined the briefing and said Sr Nathalie’s appointment was fantastically good news, and a step in the right direction, but it was too little, too late. This kind of change should have occurred 20 or 40 years ago, she said, and she hoped it would be “the beginning of an avalanche not a trickle”.

Asked whether her appointment was a step towards women’s ordination, Sr Nathalie firmly said it was not. The Pope had a vision to move towards a church where leadership was not connected only to ordination.

She said women in bureaucratic roles were undertaking “institutionalised ministry”. It was important to understand that the cause of women was put forward by women 20 years ago, but that now it was men — bishops and priests — who were also challenging the structure.