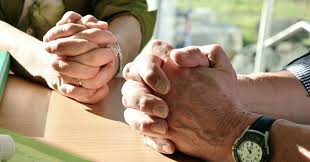 Accounts of LGBT+ people who have been held down and hit in “deliverance ministry” and spiritually abused by clergy who want them to repent, are so distressing that they could form the basis of a future Independent Inquiry into Sexual Abuse.

That’s the view of Andrea King, co-ordinator and chair of a new initiative ‘Creating Sanctuary’ which intends to train churches in how to safely counsel someone who is LGBT+ and seeking pastoral help. They may have inner turmoil, caused by conflict with their personal beliefs or religious tradition.

Speaking at a Religion Media Centre zoom briefing, she said political leaders have already made a link between suicides in the rainbow community and appalling treatment in churches: “This is the next IICSA inquiry waiting to happen”.

The initiative is sponsored by the Oasis Trust, whose founder the Rev Steve Chalke warned that the stories of abuse which are coming to light now could result in a massive payout as people take churches to court.

Attitudes of churches impact the whole of society, he said, and failure to include LGBT+ creates stigma, shame, loneliness, fear and denial, and forcing some to lead a secret double life. He feels the way the church deals with this community casts a shadow on the whole of society.

Jayne Ozanne, a prominent Anglican evangelical who came out in 2015 and now campaigns on the issue, said their surveys suggested that 72% of people who were LGBT+ in a Christian church thought this was unacceptable; and 68% were ashamed of their desires.

This has led to 45% of those surveyed trying to make themselves hetrosexual by undergoing ‘conversion therapy’, something Jayne Ozanne herself had attempted in the past. Also known as ‘deliverance ministry’, it can take various forms, such as assuming gay orientation is possession by demons or spirits, praying extensively with others to be ‘released’. But she had come across accounts of horrific violence, where people were continually physically abused, and she knew of one case including rape. She herself was hit with a Bible a couple of times during her deliverance ministry experience.

“Perhaps there is a perception that this only happens in developing countries like Africa and Asia, but actually it’s happening here in the UK among white upper, middle and working class”, she said. Anglican Bishops had told her it didn’t occur in their dioceses, but she maintains “we all know it’s happening in many churches.”

When conversion therapy “doesn’t work” and a person remains LGBT+, a third then go on to have declining mental health issues and have attempted suicide. This is a safeguarding risk, she said.

Dr Naomi Richman, who has researched extensively on deliverance ministry, said it usually involves prayer and fasting, but in some smaller churches with less accountability, it can get out of control. It was important to communicate what was permitted, acceptable and possible.

“The basis of deliverance ministry is a belief in spiritual warfare, between God and the devil or demons”, she explained. It tends to be translated as ‘exorcism’ and treated like a performance, but the tradition actually goes directly back to Jesus, as described in the Bible. Deliverance ministries are found all over the world, including Africa, South America, the United States and even in the UK, where there are “cultural encounters” in attitudes towards the spiritual world and LGBT+ identity.

Dr Aaron Edwards, from Cliff College, commented on the huge tension within western liberal culture, between having full freedom of expression in religion within a community and full inclusivity, which he said works both ways. Nigerian church leaders he had met felt undermined by a perceived ‘colonial logic’ – “when you are educated like we are educated, then you’ll probably agree with us and put away your foolish childish way of thinking.”

The acceptance of LGBT+ in the church has long caused controversy, with differences of opinion based on Biblical texts. Dr Edwards suggested that a pastoral response could be to accept a gay orientation but pursue celibacy or chastity. In some Pentecostal traditions, it was more clear cut – either remove the demon or leave the church.

Dr Edwards said it was tragic to hear of horrendous stories of abuse, but it was not inappropriate for a pastor to pray with someone if they wanted to be prayed for, over something that they recognised as a struggle and interpreted as a sinful condition. ‘Words’ are the key he said, because they can make someone feel supported. After care was also important.

Andrea King said Creating Sanctuary was not about telling people what to think, but more a conversation of where a church was coming from, how it understood the lived experience of the rainbow community, and suggesting practical steps to create a safe community.

It was about understanding the impact of behaviours against people who were excluded or discriminated against. Churches causing harm should stop and reconsider.