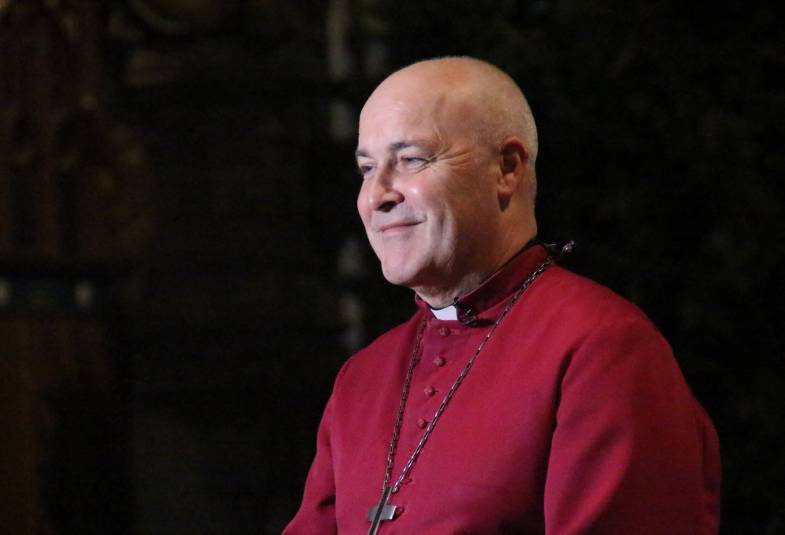 > The Archbishop of York, Stephen Cottrell, says belief in a nuclear deterrent is morally flawed

The Archbishop of York, Stephen Cottrell, has expressed serious concern at the news that the UK is to increase its stockpile of nuclear warheads, reversing previous policy.

The announcement was made in a government review of foreign policy, saying the number of warheads could increase to 260, having been due to drop to 180 under previous plans.

Speaking at a Religion Media Centre online briefing, the archbishop said there are some various serous questions to be asked about the undertakings made in the non-proliferation treaty, which the UK signed in 1970.

“For a very long time in British society, all mainstream political parties have subscribed to what I think is the morally flawed belief in in a nuclear deterrent. But I shall continue to argue that we should disarm and I support those movements for disarmament across the world.

“I hope I will persuade people to see the folly of nuclear arms, the terrible danger it brings to the world.”

Speaking moments before the widely heralded statement was made in the Commons, he said: “If this is the decision our government has made today, I think it makes the world more dangerous, it will mean other nations want to want to arm themselves. And that’s apart from the fact that it costs huge sums of money.

“Now, if you want there to be world peace, the very best thing to do is to increase your international aid budget, that’s the best way of securing peace in the world. And, and I note that our country, sadly, tragically, has reduced that. And yet, we have again found the money for nuclear weapons. For me that is a cause of concern.”

No 10 denied the government was in breach of the non-proliferation treaty, but said it must ensure that we continue to have a credible independent nuclear deterrent. The 260 figure is a ceiling, not a target.

Outlining the strategy to MPs, Mr Johnson said that after Brexit the UK would have to relearn the art of competing against countries with opposing values. But he warned that Britain must not get drawn into a new cold war with China.

The review said the government is committed to returning to the target of spending 0.7 per cent of gross national income on aid when the public finances allow.