Herschel Gluck, the rabbi who shines light on Haredi Jews 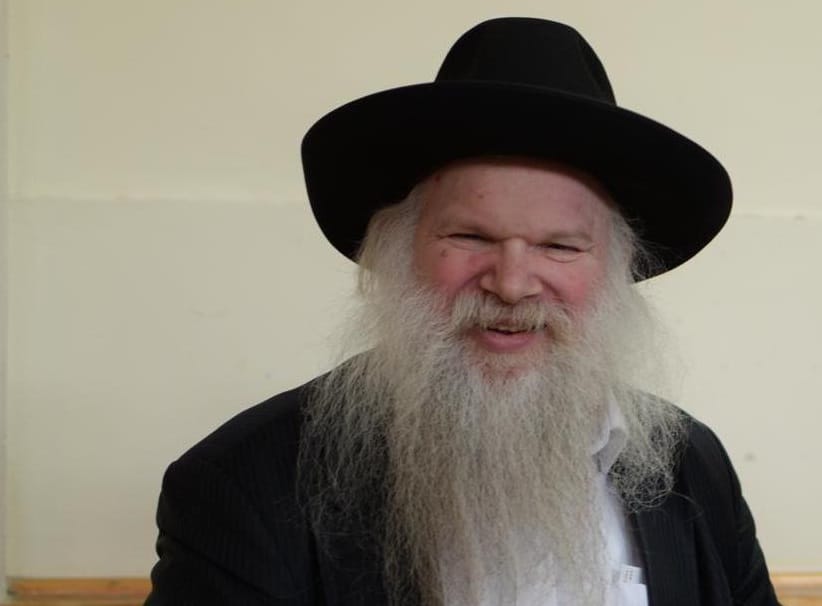 Like other minority communities in Britain today, the Haredi Jews of Stamford Hill, north London, have been hit hard by Covid-19.

A recent survey revealed that infection rates are among the highest in the world. Meanwhile reports of large weddings, funerals and widespread flouting of social distancing regulations have brought the close-knit community into sharp focus.

In all the media coverage, one man has emerged as unofficial spokesman and bridge between the community and wider British society: Rabbi Herschel Gluck.

A lifelong Stamford Hill resident, Rabbi Gluck has been a driving force behind efforts to encourage lockdown compliance, as well as take-up of the vaccine.

Earlier this year he was filmed having his vaccination at Barts Hospital in central London. In an effort to dispel misinformation about the jab and encourage others to accept their appointments, he told viewers: “See, I’m still the same person and my DNA hasn’t changed. This should be a good beginning for myself and many others.”

While it has often been said that Haredis lead insular lives and shun the internet, Rabbi Gluck engages with social media to spread the message.

In a post on Facebook — where he has almost 5,000 friends — Rabbi Gluck wrote on the eve of Holocaust Memorial Day: “Just like during the Holocaust, it is not just the murderous virus which is causing death and suffering, but also the indifference of otherwise good and decent people.

“The denial, distortions and outright lies being peddled about the current tragic situation in certain circles, has clear parallels with, and echoes the lies spread when millions of my people were led to their deaths.”

The message appears to be getting through, as the Jewish News reported this week that police in Hackney had written to local Jewish groups to praise their efforts after the festival of Purim passed “without incident”.

“There was a significant reduction in people out celebrating and those that were complied with the Covid regulations, ensuring a safe and enjoyable Purim for all,” the letter said, as it thanked community leaders.

But while the rabbi has worked tirelessly to educate his community about the dangers of Covid-19, he is also frustrated by the perpetuation of the Haredis as “uneducated, uninformed and living in darkness”.

“This is totally out of touch with reality,” he said. “I don’t like labels … I’m a person who mixes with all different types of people and communities.”

He certainly has the curriculum vitae to prove it. Having spent eight years studying in France and four in north America, Rabbi Gluck led the congregation at Walford Road Synagogue in Stoke Newington between 1985 and 2009 — and he remains emeritus rabbi there today.

Outside of his religious life, he has his finger in many pies — a fitting analogy for a man who also runs a chain of kosher bakeries, Parkway Patisserie.

One organisation singled out by Hackney police for their efforts in encouraging Covid compliance was Shomrim, of which Rabbi Gluck is the president. Staffed entirely by volunteers, Shomrim — “guardians” or “custodians” in Hebrew — is a neighbourhood watch group that works closely with police to clamp down on crime in the area.

While antisemitism is the charity’s raison d’etre, according to Rabbi Gluck, “it goes way beyond that” to include other forms of hate crime, antisocial behaviour and more.

“We deal with all different types of crime and help people from all different backgrounds,” he said. “About 70 per cent of the crimes we have helped with involved people outside the Jewish community.”

Rabbi Gluck is also founder and chairman of the Muslim-Jewish Forum and works closely with members of the Muslim community, many of whom he now counts as friends.

In 2013 the Queen appointed him OBE for “services to interfaith understanding”. Yet he prefers to call it “inter-community” work. “It’s not about debating religious texts or religious philosophy, it’s about interacting with one another,” he said.

The two groups share many common concerns, according to Rabbi Gluck, among them issues such as religious freedom, prejudice, ritual slaughter, burial and housing.  The forum encourages co-operation on common areas of interest, while also mediating should any conflict arise.

“Over here we have a model of good relations between Jews and Muslims, as well as other communities,” he says. “We are good neighbours who work together for the common good.”

Such is his flair for mediation, that the rabbi also has a long track record of working to encourage peace and reconciliation in other parts of the world, particularly the Middle East. He is a senior member of the Next Century Foundation, a think tank promoting peace through dialogue in areas of conflict.

Rabbi Gluck has worked across the Middle East, Kashmir, Bosnia and Sudan and in 2019 travelled to Lahore, where he became the first rabbi to lecture at a Pakistani university.

He is a regular on the public speaking circuit – both here and overseas – and contributes to media coverage on both radio and TV. He is also executive director of the charity Ohr Avraham, Light of Abraham, which engages with educational and humanitarian projects in the UK and internationally.

In common with many in his community, the rabbi has a large family — eight children and 10 grandchildren — most of whom live nearby. Family is all-important in Orthodox Judaism, particularly at this time of year as Passover approaches.

Sadly, however, strict lockdown restrictions mean traditional celebrations will be not be possible for a second year running this Seder night.

“It will be very difficult, as Purim was,” Rabbi Gluck says. “People are making real sacrifices but we have to do it to save lives.”