After the destruction of the First Temple in 586 BCE, the Jews were exiled to Persia, which was then ruled by Ahasuerus, or Achashverosh. According to the Book of Esther in the Hebrew Bible, the king at that time had an adviser, Haman, who was plotting to kill the Jews.

But when the planned genocide was uncovered by the king’s wife, Esther, who was Jewish, she worked together with her cousin Mordechai to foil it and bring down Haman.

Purim means “lots” in ancient Persian and is named after the lots that Haman drew to determine the date on which to carry out his deadly plan.

Purim is considered one of the most joyful dates in the Jewish calendar, which is certainly reflected in its practice and traditions. It is customary to wear fancy dress on Purim, apparently to commemorate the hidden role God played in saving the Jewish people.

When is it celebrated?

The festival of Purim is celebrated on the 14th of the Jewish month of Adar — which begins at sundown on Thursday 25 February this year until sundown the next day. The Jewish calendar is based both on the cycles of the moon and the sun.

The fast of Esther

Religious Jews observe the Fast of Esther from dawn until dusk before Purim begins. This commemorates the fasting that the Jewish people undertook at the time of Queen Esther.

What happens in synagogue?

This is when Megillat Esther, or the scroll of Esther, is read. It tells the story of how the queen, who had not divulged her faith to her husband, had a cousin called Mordechai who refused to bow down to Haman. Incensed, Haman persuaded the king to issue a decree ordering the extermination of all Jews on the 13th of Adar — the date chosen by lottery.

Mordechai is said to have led the Jews in repenting, fasting and praying for salvation. Meanwhile Esther shared her true identity with her husband, as well as details of the plot. Haman was consequently hanged and replaced by Mordechai, while the Jewish people were granted the right to self-defence.

The megillah is read twice over Purim — once at night and again the next day. Throughout the reading, congregants make noise and shake rattles every time that Haman’s name is mentioned, in order to drown it out.

A portion of the Torah known as Parshat Zachor (Remember) is read every year on the Shabbat preceding Purim.

What other traditions are there?

It is customary to send food parcels called Mishloach Manot to friends on Purim morning. These usually contain sweet triangular pastries called hamantaschen, which are often filled with jam, chocolate or poppy seeds. There are various interpretations of the name, suggesting they are meant to represent either Haman’s three-cornered hat or the pockets he filled with money to persuade the king to kill the Jews. In Israel they are called oznei haman, which translates as Haman’s ears.

It is customary to give to those in need by way of Matanot La’evyonim. This can be in the form of money or food and is customarily given on Purim morning to at least two people in need, according to the United Synagogue’s website. Synagogues may also organise collections for such charitable donations.

It is customary to enjoy a festive meal or Purim Seudah. This takes place during the day of Purim itself, usually starting before sunset and carrying on into the early evening. The meal will often include alcohol, as according to the Talmud it’s a mitzvah — good deed — to get drunk at Purim.

Lianne Kolirin is a freelance journalist 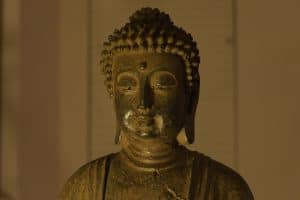 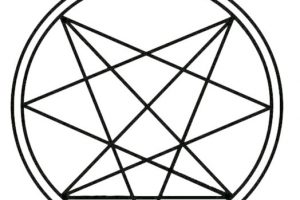 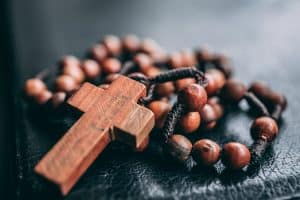