Liberal church wants split from patron over differences towards sexuality 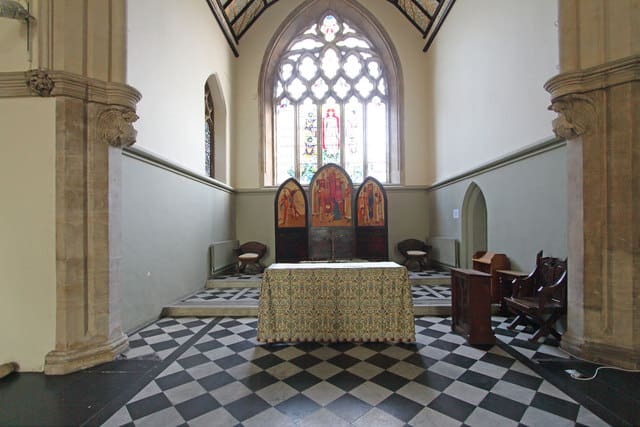 A Church of England parish in north London is asking its patron, the Church Pastoral Aid Society (CPAS), to relinquish its role. It says differences in attitudes towards sexuality make it impossible for them to work together.

St Luke’s west Holloway — known as the “Greenbelt Church” because of its strong links with the annual Greenbelt Christian arts festival — features the badge for “inclusive church” and a gay pride flag on its website. The gulf between the church and its patron widened when it was seeking a new vicar in 2018-19.

Churchwarden Joy Hinson says the CPAS contrived to prevent the church from interviewing a particular candidate for the post. “That candidate was known to be gay. The sticking point was sexuality, but CPAS wouldn’t actually come out and say that. I think that they are very careful to not be open about their agenda.”

More than 50 St Luke’s parishioners have now written to the CPAS asking for separation.

Every CofE parish has a patron that has to approve the appointment of clergy when the benefice becomes vacant. Patrons can be individuals, bishops, educational institutions such as Oxbridge colleges, or societies. The CPAS has sole or shared patronage of nearly 700 English parishes.

The patron’s role is suspended and reverts to the bishop if no appointment is made within a year. In September 2019 the Bishop of Willesden, Pete Broadbent — who was acting bishop for the area at the time — appointed John Mackenzie vicar at St Luke’s.

The official teaching of the Church of England is that sex belongs exclusively in a marriage between a man and a woman. Last November it launched a process — “Living in Love and Faith” — intended to open up exploration and conversations about human sexuality in parishes.

The next week the Church of England Evangelical Council released a video, A Beautiful Story, which its critics saw as an attempt to undermine the debate. The video argued that the Bible presented a clear and unalterable position on marriage and homosexuality. Among the contributors was John Dunnett, general director of the CPAS.

Although St Luke’s parochial church council had already voted twice to seek a new patron, it appears that the video was “the final straw”.

It asked Joanne Grenfell, the Bishop of Stepney, whether it could swap patrons with another parish. The churchwardens say the CPAS resisted the suggestion, but a later letter from the society said it “remains open to the possibility”. Such exchanges are not without precedent, but one member of the congregation said he thought it would be difficult to achieve an exchange, adding: “I discussed this with a senior evangelical priest in the [neighbouring] diocese of Southwark who said that CPAS has become so inflexible that he wouldn’t wish them as a patron of any evangelical parish there.”

The CPAS declined to comment on its relationship with St Luke’s, but Mr Dunnett told the Religion Media Centre: “It is my observation that the feedback from parishes supported by the CPAS patronage team is overwhelmingly positive of our role and contribution in the appointment process.”

Bishop Grenfell said she was committed to working with the parish and patrons to discuss issues arising from Living in Love and Faith, “with mutual grace and sensitivity. Through encouraging all those involved to have a frank, respectful and generous conversation about where they are, and where they might go from here it is my profound hope that we can foster a better understanding of one another.”

The roots of the patronage system go back to feudal times, and while it has undergone numerous changes, debate continues about the need for further reform or even abolition. Proponents of the system argue that it contributes to theological diversity within the church, protects the voice of the laity and puts a brake on the power of bishops who eventually appoint new incumbents.

The Bishop of Willesden said although patronage enabled parishes to preserve something of their historic character in their ministry and worship, he supported the idea of reform.

“Now isn’t the time, but I’d like to see us move to a situation where the patron can take part in the appointment process but loses the power to nominate a candidate. We can’t continue to have a situation where patrons can foist a priest on the benefice and the bishop and the PCC have little recourse but have to pick up the pieces afterwards when it all goes wrong,” he added.

Mr Dunnett and the Bishop of Stepney are due to meet next week to discuss St Luke’s.