1 In the Roman Catholic Church, holy people who are considered worthy of special recognition may become saints. There are more than 10,000 saints, including martyrs, royalty, missionaries, theologians, nuns and priests, and ordinary people dedicated to God, the church and the service of people.

2 Other religions recognise exemplary people and other Christian denominations recognise individuals whom they believe are in heaven, but it is the Roman Catholic Church which has a considerable saint-making apparatus — and thousands of saints.

3 Popes have canonised saints since the year 993AD, when Pope John XV approved the sainthood of Bishop St Ulrich of Augsburg. The biggest papal saint-maker was John Paul II who canonised 482 saints during his pontificate from 1978 to 2005. The patron saint of journalists and writers is St Francis de Sales (pictured) 1567-1622, Bishop of Geneva, who wrote broadsheets and books on spiritual direction and was renowned for his goodness, patience and mildness. His feast day was for many centuries 29 January, changed more recently to 24 January.

4 Becoming a saint in the Catholic church means first meeting two requirements: you have to be dead, and you have to have been a Catholic.

5 The process of becoming a saint involves various stages and the investigations required take a great deal of time. Investigations can take a great deal of time. The first stage is a report by an expert from the person’s local diocese to the Vatican’s Congregation of the Causes of Saints. If the report is approved, the candidate can then be given the title of Venerable. Then, after further study, the person may be beatified and given the title Blessed. Finally, the Congregation asks for proof of two miracles taking place, after the person has died, showing that these occurred through the prayerful intercession of the candidate for sainthood to God.

6 Those who put forward the cause of the person for sainthood and produce all the evidence are called a postulator. A petitioner keen to have someone beatified and canonised will choose the postulator carefully, bearing in mind their expertise in theology, canon law and experience in the saint-making processes of the church. The process can take years of evidence-collecting, making it costly, and religious orders often have their own postulators within their own membership. It is down to the Pope to give the final nod for canonisation — the saint-making ceremony — to go ahead.

7 The Catholic church turned its attention to the martyrs of the English Reformation after lobbying from Catholics in the 19th century. Many of them, including St Edmund Campion, were Catholic priests caught saying mass when it was illegal. Others were lay people, including Margaret Clitherow (1556-86), a butcher’s wife from York, who taught children the Catholic faith when it was forbidden, and gave sanctuary to priests. She was pressed to death in York. They were among 40 martyrs canonised 50 years ago.

8  Current British cases on the path to sainthood are:

9 The last British person to be declared a saint was John Henry Newman, who started the Anglo-Catholic Oxford Movement in 1841 and then converted to Catholicism, becoming a priest and influential leader. He was canonized in 2019, almost 130 years after his death.

10  The next British person to be declared a saint will probably be Elizabeth Prout (1820-64) a Victorian nun who dedicated her life to the people of Manchester’s slums. She has just been given the title Venerable and will probably be the first female English saint who was not martyred since an 11th-century Anglo-Saxon princess.

Catherine Pepinster is the author of “Martyrdom – why martyrs still matter”, published by SPCK. 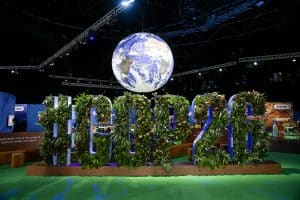 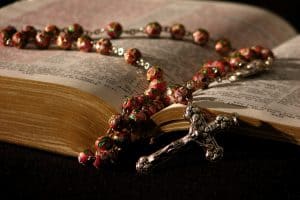 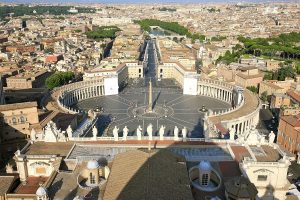 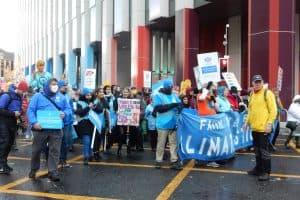