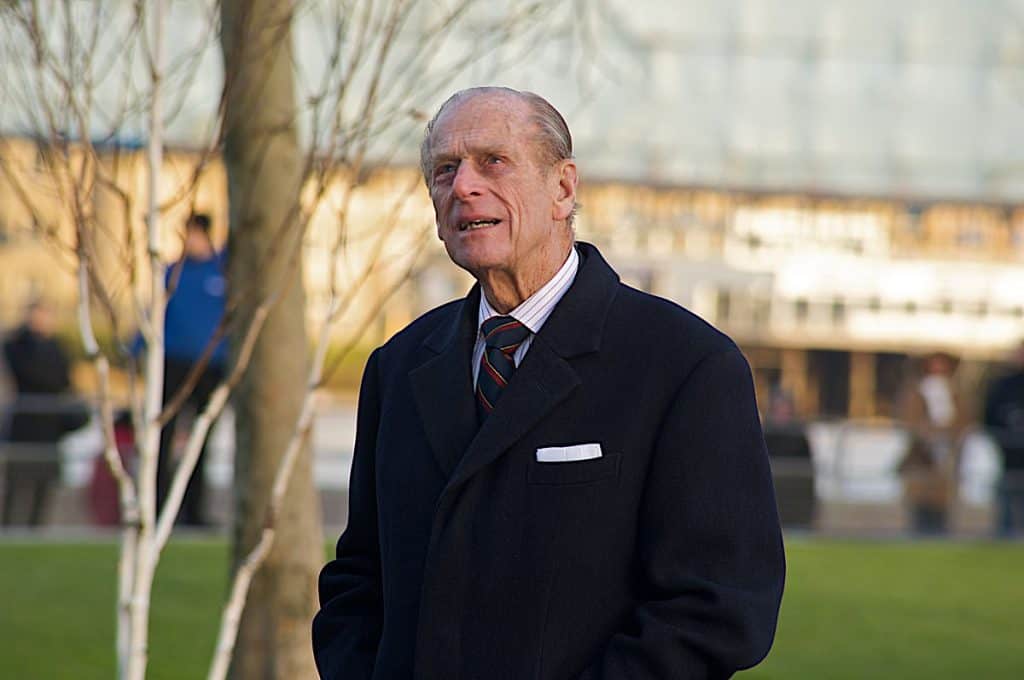 Prince Philip, husband to Queen Elizabeth II, has died aged 99. The announcement was made by Buckingham Palace this morning.

“It is with deep sorrow that Her Majesty the Queen has announced the death of her beloved husband, His Royal Highness The Prince Philip, Duke of Edinburgh. His Royal Highness passed away peacefully this morning at Windsor Castle.”

His death followed a period of ill health when he was in hospital for 28 days receiving treatment for an existing heart condition and an infection. Three weeks ago he returned to Windsor Castle where he died.

His life was one of duty and service and paying tribute, Justin Welby, the Archbishop of Canterbury, said: “He consistently put the interests of others ahead of his own and, in so doing, provided an outstanding example of Christian service.”

As husband to the future Queen of Great Britain and the Commonwealth, Prince Philip could be nothing but Anglican. He was received into the Church of England by the Archbishop of Canterbury Geoffrey Fisher in October, 1947, a month before his marriage to Princess Elizabeth.

But he was born into the Greek Orthodox Church, baptised at St George’s Church in the Old Fortress in Corfu. And he retained an abiding sympathy and love for Orthodoxy all his life. His mother, Princess Andrew of Greece and Denmark, who became an Orthodox nun after she was widowed in 1944, attended her daughter-in-law’s coronation in a wimple and was laid to rest in the Russian Orthodox Convent on the Mount of Olives in Jerusalem.

Prince Philip’s great aunt is also buried there: the Russian Grand Duchess Elisabeth of Feodorovna, founder of an order of Orthodox nuns, was murdered by Bolsheviks in Russia in 1918 and canonised in 1981.

“I can’t say how many icons he has of her,” says Martin Palmer, former secretary-general of the Alliance of Religions, Conservation and the Environment, which Prince Philip founded. “Everywhere we went in the Orthodox world he’d be given an icon of his great aunt. He has huge respect for her.”

Elisabeth’s sister, Alexandra, became the last Tsarina of Russia and was murdered with her family by the Bolsheviks in 1918. When several bodies were exhumed from an unmarked grave near Yekaterinburg in 1991, Philip’s DNA was used to determine that they were indeed those of the Romanov royal family. The family was canonised in 2000.

Prince Philip retired from public duties in 2017. Royal photographer Arthur Edwards told Premier Radio at the time that the prince’s faith was real and personal to him. “He’s a good Christian man, he attends a church service most weeks and when I’ve watched him in church he doesn’t just sit there — he has his own private thoughts and prayers.”

The Crown series on Netflix tells the story of Philip’s friendship with Robin Woods (1914-97), the Dean of Windsor. In his autobiography, Woods wrote that the prince used to offer critical and constructive comment on his sermons. In 1966, the two men founded St George’s House within the grounds of Windsor Castle, a place where clergy and other leaders in public life could discuss issues of social importance.

“He turned this rambling house into what today we call a safe space where people who couldn’t be seen to meet did meet,” Mr Palmer said. “He brought together trade unionists and the CBI [Confederation of British Industry] in the 1960s, people from scientific and religious worlds, poets and industrialists. He delighted in a range of intellectual thought but was also immensely pragmatic, saying, ‘OK, what difference does this make and what are we going to do about it?’”

But according to Mr Palmer, the prince was exasperated by the Church of England, finding its decision-making process inexplicable and its action on the environment deplorably slow.

“I think he’s only preached one sermon, at St George’s in 1989, and essentially his key line was God had forgiven us for killing his son but he wasn’t going to forgive us for killing the Earth. So we had an interesting theological discussion. At one level I quite agreed with him; at another level it’s not quite Orthodox teaching, but I think it captured his sense that God is about authority and doing the right thing.”