As Muslims prepare to mark the end of Ramadan with the festival of Eid, UK charities report they have received millions of pounds in donations from people honouring their religious commitment to pay 2.5% of their wealth to the poor and needy.

“We are hoping to raise more during the holy month of Ramadan than we raised last year, which was £11m and represents roughly 38 per cent of our annual income. We are confident that through the engagement we’ve had so far with donors, that we will see an increase in donations, especially in the last few days of Ramadan.

“During Ramadan many Muslims choose to pay their Zakat, which requires them to pay 2.5 per cent from their qualifying wealth to ‘the poor and needy’, because rewards for good deeds during Ramadan are multiplied. Islamic Relief depends on these donations to support its charitable work. We are currently working in over 40 countries, including the UK, to help the poorest and most vulnerable people.

“The Qur’an teaches that Zakat is not just a duty on those who have wealth, but also a right that poor people have over them. The Qur’an also promotes the sanctity of life, stating “whosoever saves a life, it is as if he had saved the whole of mankind” (Qur’an 5:32). That is why Islamic Relief’s 2018 Ramadan campaign message – displayed on buses, tube stations and billboards across the UK – declares, ‘For the love of Allah, save a life now.’ Islamic Relief has transformed and saved lives of 117 million people since its foundation in 1984.”

“Ramadan is not just a month of fasting but is a time where Muslims endeavour to get even closer to God through increased worship and good deeds. This also translates into a marked increase in charitable donations.  Penny Appeal sees almost 30% of its annual donations coming in this one month alone. This year is no exception with an income of £6m over the 30 days. Penny Appeal ensures that it matches the work it does overseas with a domestic sister programme in the UK. This, along with the specific appeal to young British Muslims, has contributed towards a 15% growth in income this year too.”

World Federation Aid aims to raise almost £1million from this year’s Ramadan Relief Fund. We  distribute aid across 16 countries, including those impacted by floods in Kenya and refugees within Syria and Yemen. As part of our domestic programme, we have also helped the refugee community through the Birmingham Street Iftar, which ends the daily Ramadan fast. Our supporters are loyal and choose to give to us during Ramadan, because of devotion to their faith and the confidence and trust they have in our work. 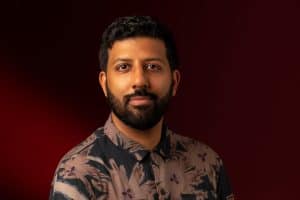