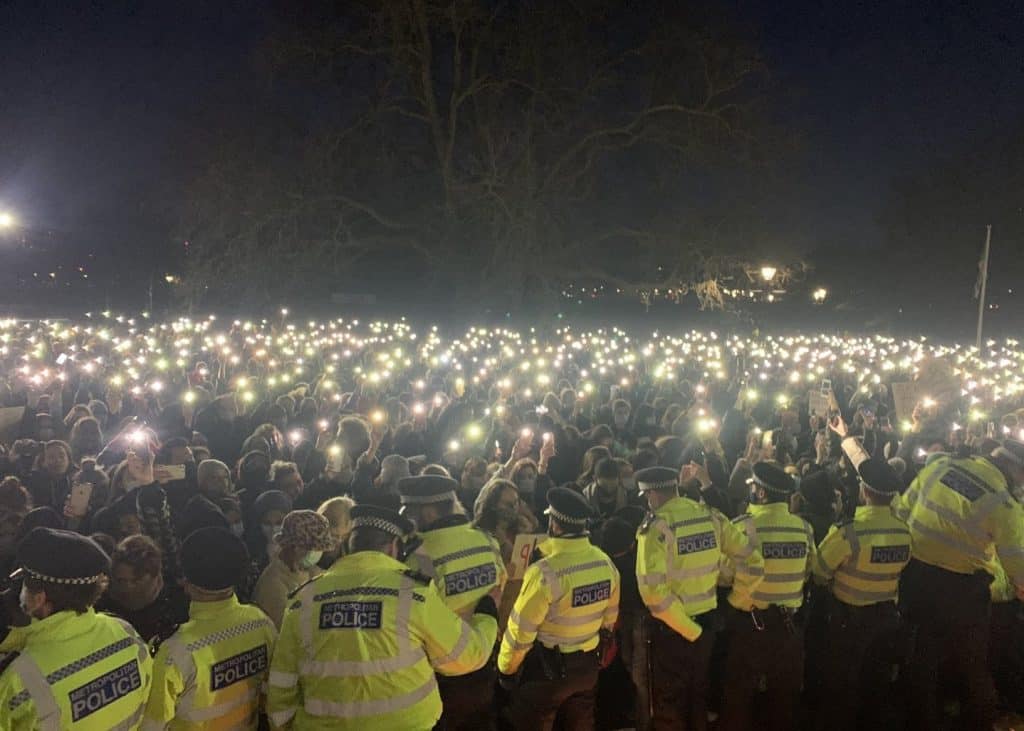 The Bishop of Gloucester, Rachel Treweek, said the scenes of police arresting women holding a vigil at Clapham Common were deeply shocking. Speaking on BBC Radio 4’s Sunday programme, she said that it was inevitable that there would be an outpouring of sorrow and anger after the appalling murder of Sarah Everard, and people were always going to gather. There were questions around how this was not done in a Covid safe way. The murder was a tipping point which unleashed the sense that women and girls do not feel safe on the streets and in the dark. She herself had constantly felt this fear. The church had contributed, through the misuse of scripture, to the pervasive culture that women and girls are lesser than men and boys.

The Prime Minister has promised to end the “abhorrent” practice of gay conversion therapy and said he was sorry that three of the Government’s LGBTQ advisers had resigned. They included Jayne Ozanne, a prominent evangelical campaigner, who complained that the equalities minister Kemi Badenoch showed no understanding and gave no reassurances to protect people. She told Radio Merseyside that she was glad Boris Johnson had since made the promise and would scrutinise the detail to ensure people were protected from spiritual abuse in conversion therapy.

The Associated Press reports that RZIM, the global ministry group set up by disgraced Ravi Zacharias, will suspend fundraising, lay off 60 per cent of its staff and overhaul its mission in the wake of sex abuse allegations. Zacharias died in 2020 and months later a report revealed a catalogue of sex abuse incidents. RZIM will become a grant-making entity with funds directed to preaching the gospel and the prevention of sexual abuse, caring for its victims.

The Scottish parliament has voted to abolish the blasphemy law in a move greeted by the National Secular Society and Humanists UK as an outcome of campaigning. The change was within the hate crime bill, which passed despite criticism that it would impact free expression. It includes new definitions of ‘stirring up hatred’ offences, including on religious grounds. Under the bill, offences are considered ‘aggravated’ – which could influence sentencing – if they involve prejudice on the basis of age, disability, race, religion, sexual orientation, transgender identity or variations in sex characteristics. Blasphemy has not been prosecuted in Scotland for more than 175 years.

Welsh curriculum ‘puts humanism on a par with religions’

In Wales, the Senedd has voted to pass a curriculum reform bill which includes the teaching of religion and worldviews. The New Curriculum for Wales will scrap traditional boundaries between subjects to prepare pupils for the “globally connected world where we all have computers in our pockets”. In humanities, pupils will study human rights, values, ethics, philosophies, religious and non-religious views. Wales Humanists says it is delighted that humanism has been put on an equal footing with religions.

Researchers in America have concluded that the surge in non-religion is fuelled by an aversion to conservative religious and political ideologies.  Non religion has grown from 5% in 1990 to 25% now, but the researchers used surveys to show that people moved away from religious affiliation based on news stories about religion and politics. “The Secular Surge” is by David E. Campbell, Geoffrey C. Layman and John C. Green, reported by the Religion News Service.

Bury a statue of St Joseph to sell your house

The Catholic News Agency has highlighted the little known practice of burying a statue of St Joseph in the garden in order to sell your house. A whole industry has ben spawned on the basis of a  tradition going back to the 16th century. Testimonials include: “Our House was on the market for over 1 year without any offers. I purchased the St Joseph´s kit, followed the directions, recited the prayer and within 1 day, we had our first offer”.