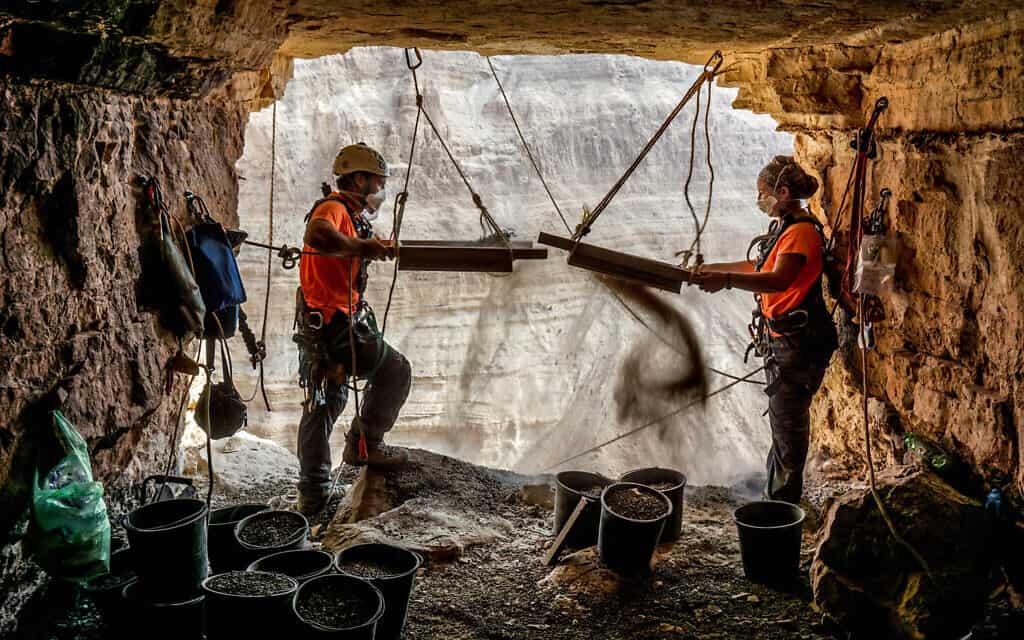 The Archbishop of York, Stephen Cottrell, has explained the importance of community in the idea of God and the way Christians live their lives. He told a Religion Media Centre online briefing that being a Christian was not about understanding ideas so much as living in community, experiencing a sense of belonging with other people and working towards justice. He spoke of the church’s campaign to provide housing for all, his own opposition to the nuclear deterrent, the church’s historic role in the creation of the welfare state and the NHS and the numerous acts of kindness and generosity during the pandemic. His book Dear England: Finding Hope, Taking Heart and Changing the World is a personal letter of conviction, hope and call to action. View the online briefing on our YouTube channel here

Two dozen Dead Sea scroll fragments have been discovered in a remote cave in the Judea Desert, within an 80 metre high cliff. The Israel Antiquities Authority said Jewish rebels are believed to have hidden in the canyon about 25 miles south of Jerusalem to escape a Roman advance 2,000 years ago. The fragments contain Greek translations of the books of Zechariah and Nahum, and were radio carbon-dated to the second century AD. They are the first such scrolls discovered for 60 years. The dig also discovered the skeleton of a child believed to be 6,000 years old and a basket 10,000 years old — the oldest ever found.

An impassioned row has blown up within evangelical circles over the government’s promise to introduce a bill to end gay conversion therapy, the practice of counselling LGBT+ people in an attempt to change their sexuality. The Evangelical Alliance warned in a letter that this could end religious freedom and criminalise church leaders who are asked to pray with people anguished by conflicted feelings.  Campaigner Jayne Ozanne objected, saying conversion therapy harmed “vulnerable victims who research shows are likely to suffer significant trauma and mental health problems with many being driven to contemplate taking their own lives”. Evangelicals are split on this issue. Baptist minister the Rev Steve Chalke said oppressive practices were most dangerous when they were dressed up as “pastoral support” and he added his voice to the call for a full ban on conversion therapy including all forms of religious coercion.

The Bishop of Carlisle, James Newcome, has been rebuked for making significant errors of judgment by writing a character reference for a priest who was later jailed for sexual abuse against two girls under 13.  The Church of England’s National Safeguarding Team said the bishop would undergo further safeguarding training. He has repeated an apology and co-operated fully with the inquiry.

Plans to set up an academy in an 800-year-old former Italian monastery, offering leadership courses for right-wing Catholics, have been blocked after a lengthy legal battle. Steve Bannon, the former adviser to Donald Trump, backed Dignitatis Humanae Institute’s plan, but it was disputed by the culture ministry, which owns the property, and  residents. The project was supported by Italy’s populist right-wing politicians, including the former interior minister Matteo Salvini.

The Sikh Women’s Action Network (SWAN), based in the West Midlands, said calls during lockdown were up by 244%, with almost 60 families helped over the past year. The BBC reports that the charity was set up to tackle domestic abuse, violence, child sexual exploitation and alcohol abuse, problems that were ignored in the community. The charity says forced marriage leads to women becoming totally isolated, losing their friends and family.

Workshops for civil servants on Islam and Muslims

The Centre of Islamic Studies at Cambridge University is organising a programme of workshops for civil society organisations and the government, expanding knowledge on Islam and Muslims.  Topics include new research into end-of-life care from faith perspectives, and experiences of the criminal justice system in England that shape identity, belonging, and citizenship.

Today, 17 March, is St Patrick’s Day, celebrating the patron saint of Ireland. St Patrick was British and taken to Ireland as a slave. According to legend, he drove snakes into the sea after they attacked him while he was on a 40-day fast. He is thought to have used the three-leafed shamrock to illustrate the Christian doctrine of the Trinity — Father, Son and Holy Spirit. Read more fascinating facts on our factsheet here