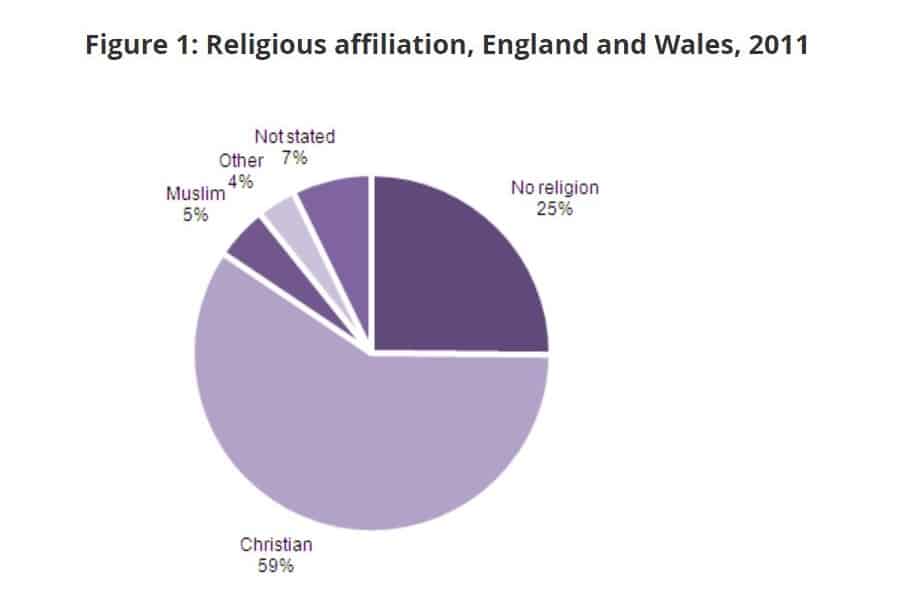 Census will show a drop of “millions” of Christians, experts say

Next week’s census is likely to show numbers of those claiming to be Christians falling to about 50 per cent, experts have said. In a  Religion Media Centre briefing on Thursday, sociologists and demographers of religion agreed that the results of the 2021 Census, due to take place on 21 March, will show another significant decline from 2011, in which 59 per cent of people said they were Christians. If this headline figure slips below half, it could raise questions for a range of public policy decisions, from the establishment of the Church of England, to NHS hospital chaplains, faith schools and even what is taught in religious education classes. Full report here. Zoom briefing on our YouTube channel here

The Muslim Council of Britain has not signed the letter from 450 Muslim organisations, who declared they would boycott the Prevent review, over objections to the appointment of William Shawcross as the chair. It says this is because the MCB is currently finalising a considered community approach to counter-terrorism and Prevent, following a wide-ranging consultation of Muslim communities. In a statement it says: “The MCB continues to unequivocally condemn Shawcross’s historic statements regarding Islam and Muslims. We have actively campaigned against Shawcross’s appointment, giving briefings to shadow ministers.”

Spain has voted in favour of assisted dying for people with incurable illnesses, becoming the fifth country to legalise assisted dying since 2016. Humanists UK says the decisive vote in a Catholic country is a step forward in the global campaign. It allows for doctors to assist or directly enable adults intolerably suffering from a serious or incurable condition or a chronic and incapacitating illness to end their lives, provided the assistance is freely and unequivocally asked for. Until now, helping someone to end their life in Spain carried a jail term of up to 10 years.

The House of Lords has voted to stop the government from passing on the cost of replacing unsafe cladding to leaseholders or tenants. Amendments brought by the Bishop of St Albans Alan Smith, and backed by the bishops, related to exterior cladding of the kind that caught fire at Grenfell Tower, when 72 people died. The Bishop was concerned that leaseholders may face bills of £50k to remove the cladding, unless the amendment was passed. Church Times report here

Church leaders from seven denominations have issued a public statement saying the decision to increase the stockpile of Trident nuclear warheads is a retrograde step that will not make us safer. They say it is immoral that the UK government is committing resources, which could be spent on the common good of our society, to stockpiling even more weapons.

Young people most affected by Covid-19 bereavement and grief

Research for the Church of England suggests that the people most affected by bereavement in the past year are aged 18-29. A survey of 2000 people by “9 Dot Research”, found that half of that age range had lost someone close to them and the same number had helped others cope with bereavement. Overall, 80 per cent said they had not been able to say goodbye properly and agreed that people who are grieving need more support.

The Associated Press reports that the archbishop of Hamburg has offered to resign after a church report into sexual abuse cases found 75 cases in which high-ranking officials neglected their duties. Archbishop Stefan Hesse, aged 54, previously a senior church official in Cologne, was faulted for 11 cases of neglecting his duty. Last week he conceded that he had made mistakes and regretted if he caused new suffering to victims or their relatives “through my action or omission.” The report outlined cases against 314 victims in Cologne, the majority of them boys under 14.

Imogen Adderley, who is training for ordination at Trinity College, Bristol, has won the Theology Slam competition, an annual event  which judges young people as they speak about theology and the world. Her topic was creativity in a time of the pandemic.