Afghan Welcome, a coalition of Christian charities led by Dr Krish Kandiah, is calling for each local authority to provide at least 10 homes for refugees from Afghanistan. He told Premier Christian News that their volunteers had found families stuck in hotels, with children unable to go to school and adults unable to work. Local housing could enable families to settle well, near other friends and family, and hundreds of churches, associations and charities were ready to help the refugees move forward with their lives.

A survey by Savanta ComRes suggests that people aged under 34 in the UK are twice as likely as older people to pray regularly. Fifty-one per cent of 18 to 34-year-olds said they prayed at least once a month, compared with 24 per cent of those aged 55 and over. It also found 49 per cent of the younger age group attend a place of worship every month, compared with 6 per cent of over-55s. The polling company told the BBC that minority faiths have a larger proportion of practising young people, and the pandemic had enabled virtual prayers and services. The survey was commissioned by the team behind The Eternal Wall of Answered Prayer, a project wishing to build a 52-metre arch near the M6 junction with the M42. It has raised £197,000 of the £2.5m required.

The Council of State in France has upheld a government decision to shut BarakaCity, the nation’s biggest Muslim charity, and the campaign group Collective against Islamophobia. They were closed last year after a teacher, Samuel Paty, was beheaded in a street after showing cartoons of the Prophet Muhammad. The interior minister Gérald Darmanin accused the two organisations of inciting hatred and Islamist propaganda and shut them down under the internal security code as groups that “provoke discrimination, hatred or violence towards a person or a group of people”.

The Uyghur Tribunal, chaired by Sir Geoffrey Nice QC, has finished gathering evidence at hearings in London. It was set up by the president of the World Uyghur Congress with assistance from the Coalition for Genocide Response, to investigate atrocities and possible genocide against the Uyghurs, Kazakhs and other Turkic Muslim populations. On the final day of hearings, Hamid Sabi, counsel to the tribunal, noted that it had been helped by more than 30 researchers; spent more than 10,000 hours researching all publicly available sources; and compiled, reviewed, analysed, and categorised the information to establish a database. The tribunal considered testimony from more than 70 witnesses including camp survivors, families searching for missing family members, more than 500 written witness statements, and evidence from 100 scholars, experts, and human rights activists. Its verdict will be announced on 9 December in London.

Catholic bishops in Canada apologise for abuse in residential schools

The Canadian Conference of Catholic Bishops has apologised unequivocally to the country’s indigenous people for abuses at church-run residential schools over the past 100 years. The schools were set up by the government to assimilate indigenous people into the mainstream, but they have been found to have forcibly separated children from their families, and subjected them to malnourishment and physical and sexual abuse. Hundreds of unmarked graves have been discovered at the sites of former residential schools across Canada. The conference expressed “profound remorse” and apologised unequivocally.

Big questions to the archbishop in Surrey

The Archbishop of Canterbury, Justin Welby, attended 11 events in the diocese of Guildford this weekend to answer “big questions”. His venues included Woking football club (pictured), BBC Radio Surrey, several schools. the Empire venue in Aldershot, and St John’s church Egham. Questions he was asked included: How do I know there’s a God? If Jesus is alive, where is he? What happens after I die? Why is Jesus relevant to us today? The archbishop told BBC Radio Surrey that during the pandemic, the church had reached out to provide food and front line support, showing that this was the foundation of the “Church for England”.

Hour of silent contemplation at English monasteries to free the mind

English Heritage is launching an “hour of contemplation” at its monasteries in a month-long trial until 22 October. Visitors will be encouraged to turn off notifications on their phones, finish conversations and enjoy the final hour of public access to abbeys and priories in contemplative quiet, “enabling them to experience these spiritual buildings as they were intended”. The Guardian suggests this is an “experimental, countercultural move that deserves to succeed”, adding: “The daily grind of a largely secular and materialist age — and a digital revolution which has made it far harder to switch off from the world — seems to have conferred a certain cachet on silence, spirituality and solitude.”

The Rev Martin Anderson, vicar of St Mary the Virgin church in Stockton-on-Tees, Co Durham, has defended the decision to hold a four-day beer festival in the graveyard in aid of the £7,000k church clock repair fund. The Times reports that drinkers were pictured leaning on headstones and using graves as tables, causing parishioners to complain this was disrespectful and irreverent. Tickets cost £3 and drinks were £3 or £4, with 35 beers and 17 ciders on offer. Barrels were set up in the nave. Mr Anderson said the event was held “after a period of research into how churches could become more involved with their communities”. The church did not want people to use tombstones as tables, and a security firm was engaged to keep things calm. 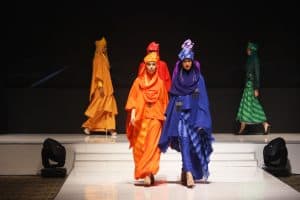