A broadcasting white paper due to be published today will relax rules on public service content, including religious programmes, to allow broadcast companies to compete with competitors such as Netflix. Details of the bill were released on Wednesday night, and widely reported. Sky News says the proposals mean output such as gardening or religious programmes, which at present must be shown on linear TV, could instead move online. Variety, an online news service, reports a statement from the Department of Culture, Media and Sport: “U.K. public service broadcasters will no longer be subject to a complicated set of ‘purposes’ and ‘objectives’ from laws made in 2003. Their remit will be overhauled and simplified, with a new definition of what it means to be a public service broadcaster and a focus on creating distinctive shows which reflect British culture, support domestic film and TV production, and provide impartial and accurate news.”  It is also reported that the white paper will set out plans to privatise Channel 4, propose a new “video on demand” code to regulate commercially available output, and outline moves to strengthen public service broadcasters’ ability to secure huge sporting contracts. Sky News reports that the changes are designed to “give the UK’s vital public service system a deal fit for the streaming age” as people watch programmes on multiple platforms.

Yom Hashoah, the day to remember the holocaust, is observed today. At the annual ceremony on the eve of the day, at Yad Vashem, Israel’s memorial to the 6 million Jews killed in the holocaust, the Israeli Prime Minister Naftali Bennett called on the world to stop comparing the holocaust to other events in history or current conflicts. He said it was an unprecedented event with no comparison in history.

An Ofsted snap inspection of a Catholic secondary school in south London, where staff and pupils were left dazed when the archdiocese cancelled a visit by a gay children’s book author, praised the school leaders and called for them to be supported and governance to be stabilised. Author Simon James Green was due to speak at the John Fisher school in Purley on world book day, but the archdiocese overruled the school’s leaders saying the event would “fall outside the scope of what is permissible in a Catholic school” and was potentially offensive to parents and the wider Catholic community. The report said the head and leadership team were steering the school well through a difficult time. Teachers who are members of the National Education Union are to go on strike from today in protest.

The President of the French Catholic Bishops Conference, Archbishop Eric de Moulins Beaufort, said the people of France had undoubtedly made a “choice of reason” in electing But the result revealed  “the growing divisions” within France, not merely the geographical ones but also perhaps between “the rich and the poor.”

The former CEO of the global prayer movement 24-7 Prayer International, Mike Andrea, has resigned after new complaints about his style and conduct. He was  also team leader of the Global Generation Church, an evangelical church that began in Thanet some 20 years ago. He stepped down from that role in March. A statement from the 24-7 board says they will seek to “support all those impacted as best we can”.

Bishop Mark O’Toole, currently the Roman Catholic bishop of Plymouth, has been appointed archbishop-elect of Cardiff and bishop-elect of the Welsh Diocese of Menevia. The installation will take place in Cardiff Cathedral on 20 June.

Pope Francis has urged people to honour and respect mothers-in-law, who he said had attained a mythical character and were often the victim of cliches. In his general audience at the Vatican, he said the mother-in-law is always  presented in a pejorative way, “but the mother-in-law is the mother of your husband and the mother of your wife”. Daughters in law should at least make them happy and mothers in law should be careful how they express themselves. “We say to ourselves ‘the further away your mother-in-law is, the better’. But no – she’s a mother, she’s an elderly person. One of the most beautiful things for a woman is to have grandchildren. When her children have children, it brings her to life again.” His off the cuff remarks came during a reflection on the state of relationships between young and old in society, using the Biblical story of Ruth who supported her mother-in-law, Naomi, when her two sons died. Bonds uniting the generations can be enriching, he said. 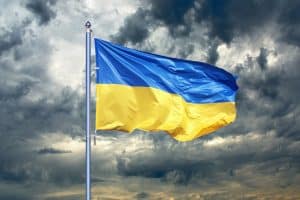