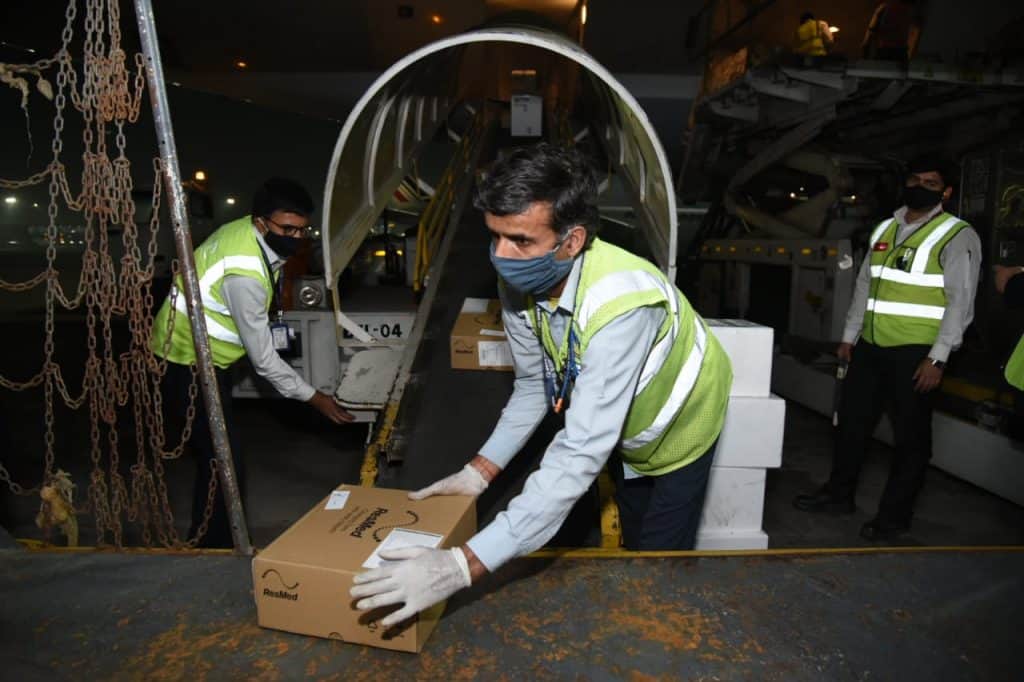 Plane loads of aid from across the world are arriving in India, carrying urgent supplies to treat the overwhelming number of Covid-19 cases. 17.6 million people have been infected and 197,000 have died in the pandemic. Appeals for money to supply medical equipment, oxygen tanks and concentrators, are gathering pace, with multiple charities in the Indian diaspora collecting donations through faith and community organisations. The Disasters Emergency Committee is extending its coronavirus appeal to include India, from an original list including Yemen, Syria, and South Sudan. DEC represents 14 large charities including CAFOD, Christian Aid, Islamic Relief, World Vision and Tear Fund.

Archbishop Peter Machado of Bangalore has instructed Catholic hospitals to convert Catholic schools and institutions close to each hospital into Covid-19 care centres, as the country battles an overwhelming surge of coronavirus cases. Bishop Theodore Mascarenhas, former secretary-general of the Catholic Bishops’ Conference of India, has called on the federal government to deploy the army to deal with the Covid-19 crisis. He said the second wave of Covid-19 is a national calamity and the army is needed to help the civil administration.

Covid-19 has taken away a sense of courage

Prince David, the India country director for the Christian charity Tear Fund, says people who are usually courageous admit to feeling scared at the onslaught of the coronavirus in their country. In a filmed interview on Twitter, he said he had seen major disasters confined to a  geographical location, but now everyone had to protect themselves. Yet there was still hope.

As Arlene Foster steps down as leader of the Democratic Unionist Party in Northern Ireland, Rory Carroll in the Guardian suggests last week’s controversial vote to ban gay conversion therapy was partly to blame. He says Free Presbyterians, hardline evangelicals in a church founded by Ian Paisley, “seethed” when Foster and others abstained. This added to furious disquiet at the Brexit deal forging a trade barrier down the Irish Sea.  Belfast Live lists four possible contenders including Edwin Poots, Agriculture Minister, MLA for the Lagan Valley constituency and a Free Presbyterian.

The Bishop of Southwark has claimed that the government is in effect slashing international development funding by a third, not 25% as they have suggested. In a House of Lords debate, Christopher Chessun said that the cuts would come into effect three months into the financial year, meaning the cut is even greater. Lord Ahmed defended the plan to cut the budget from 0.7% to 0.5% of GNI, saying the government has been liaising with countries, organisations and institutions impacted by the decision.

“Extreme and unjust” to criminalise worship due to Covid-19

Catholic bishops in Scotland have described the decision to criminalise worship in Ireland as extreme and unjust. On 16 April, a law was passed which appears to make attending mass in Ireland a criminal offence. Irish church leaders met the government three days later, but the outcome was unclear and they are “seeking clarification and legal advice regarding the extent and implications of the Statutory Instrument.”  Two days after the meeting, the Taoiseach,  Micheál Martin, indicated that public worship in person may be permitted from next month.

The Australian Prime Minister’s decision to declare that he has been called to do God’s work in his role, has caused much debate. Opposition leader Anthony Albanese, objected to the idea that God is on any political side, as faith is a personal matter and there should be separation between church and state. The employment minister, Stuart Robert, also a Pentecostal who attended the convention, said both he and PM Scott Morrison, lay hands on people to provide reassurance. “There is nothing more engaging than to reach out and connect with other human beings”, he said. “I think that is superb”. Guardian report here

Sandwell and Birmingham Mela 2021 is on

The Birmingham and Sandwell Mela, a festival of Asian culture and creativity, is taking place this August bank holiday weekend, organisers have confirmed. The 2020 event was cancelled due to the coronavirus pandemic, but now thousands of people are expected to take part in one of the biggest Melas outside India. It showcases pop, folk and classical music from across the globe, dance, visual arts and arts and crafts. Founder Danny Singh said: “Everyone can be assured that we will continue to follow any updated guidance and advice in order to ensure the Mela is as safe as possible for everyone. We’re looking forward to welcoming everyone back to Victoria Park”.