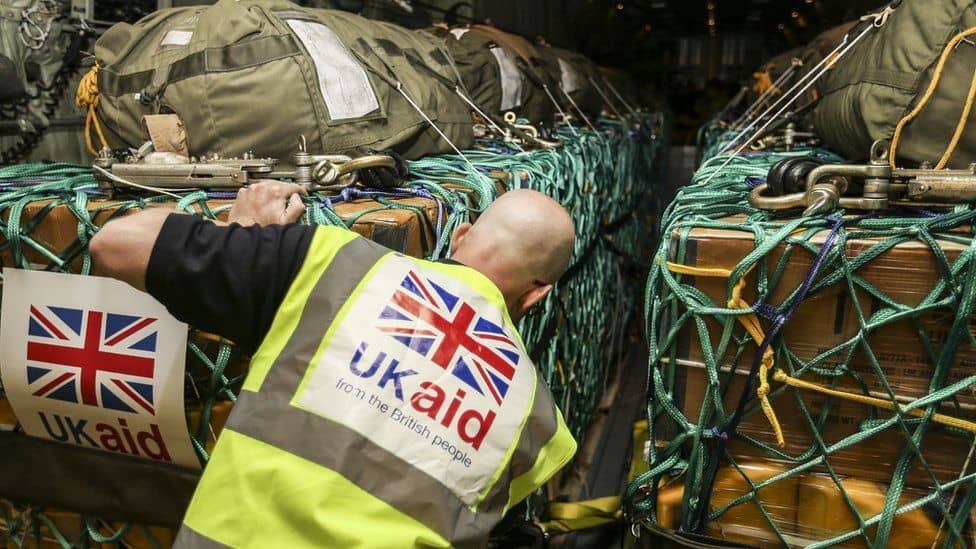 A Church of England bishop and Christian aid agencies are supporting a move in the Commons to overturn cuts to the international aid budget, which the Chancellor announced last year.  More than 30 Conservative rebels, including Theresa May and former ministers, have pledged support for an amendment which may be put to a vote today (Monday). Last year, the government announced that overseas aid would be cut from 0.7% of national income to 0.5%, a reduction of £4billion, which attracted criticism from the Archbishop of Canterbury and many bishops. Now, the Bishop of Chelmsford Guli Francis-Dehqani, has written to local MPs urging their support, saying the impact of cuts would be devastating for people in some of the world’s poorest countries.

An alliance of religious leaders has been launched to back the campaign for a change in the law to allow assisted dying. The chair is Rabbi Jonathan Romain and members include the former Archbishop of Canterbury Lord Carey.  At present, the 1961 Suicide Act makes it a criminal offence to help someone end their life, with a potential prison sentence of 14 years.  The last attempt to change the law failed in 2015 after bishops said it would expose vulnerable people to risk. Rabbi Jonathan Romain said: “We must puncture the myth that religious people oppose assisted dying. Anti-choice religious leaders and groups don’t speak for the majority, we must work together to make the compassionate case for assisted dying.”

Princess Anne is visiting Iona today to officially open the newly refurbished living quarters at Iona Abbey following a seven year project costing £3.75million. The Princess Royal is Patron of The Iona Abbey Capital Appeal, which attracted donations from all over the world. The Iona community was established by the Irish monk St Columba in 563AD and Monday 7 June is  Columba Day, celebrating the 1500th anniversary of his birth. The Benedictine Abbey has been there since the middle ages, but in 1938 George MacLeod rebuilt the monastic quarters as a base for a new Christian community attracting people for worship, reflection and contemplation.

Pope Francis has expressed his pain and shock at the discovery of the remains of 215 children who attended the Kamloops Indian Residential School in British Columbia, Canada, which was operated by the Roman Catholic church until it closed in 1978.  The Residential School system forcibly separated about 150,000 children from their homes to “assimilate” them. Last month, the remains were found in unmarked graves using ground-penetrating radar. Authorities have been urged to conduct an investigation including forensic examination.  The Canadian prime minister, Justin Trudeau, said the Catholic church must take responsibility for its role in running many of the schools. Campaigners have demanded that the Pope makes a public apology.

The Catholic Archbishop of Munich and Freising, Cardinal Reinhard Marx, has asked the Pope to accept his resignation over the church’s handling of allegations of sexual abuse. In a letter just made public he said: “through remaining silent, neglecting to act, and over-focusing on the reputation of the Church, I have made myself personally guilty and responsible.” There have been multiple allegations of sex abuse and cover ups in the German church for the past decade.

The Times reports that the Prime Minister, Boris Johnson, baptised a Roman Catholic and married at Westminster Cathedral last week, will no longer submit the names of new Church of England bishops to the Queen. Instead it says that the Lord Chancellor, Robert Buckland, will take on this role. The Roman Catholic Relief Act of 1829 say that no “person professing the Roman Catholic religion” is allowed to advise the monarch on the appointment of Church of England bishops, with the penalty of being barred from holding any office under the Crown thereafter. In 2007 a change of the law meant the PM simply passes on names agreed by the Crown Nominations Commission, but even this is now under scrutiny.

Leaders of African and Caribbean churches in the UK are holding a discussion this weekend to look at how churches can contribute to raising the educational achievements of black children and young people.   The chair,  Ade Omooba, says  education is a key means through which a community can overcome ignorance, improve the life chances of its members and attain the skills and information necessary to get work and employment that will help reduce the effects of poverty. She said: “African and Caribbean communities tend to struggle to maximise the benefits that can be derived from education for a variety of reasons”. Dr Lorna Cork, Senior Fellow Higher Education Academy, says black Christian voices inside and outside the Church are often absent from policy discourse.

Thirteen people in France, who trolled a schoolgirl after she criticised Islam on TikTok, are on trial in Paris for online harassment. The girl, known as Mila, received 100,000 threats and insults described as a “digital lynching”, was put under police protection and forced to leave school.   Under a new law, online abuse can be punished by two years in prison.

A 70 metre long replica of Noah’s Ark has been stuck at Ipswich docks because coastguards say it is unsafe for travel at sea. The East Anglian Daily Times reports that the Maritime and Coastguard Agency said the vessel was not safe to leave due to “deficiencies”. Owned by Dutch TV producer Aad Peters, it is a floating museum with sculptures of Biblical figures and cost €3 million. When it arrived in Ipswich in 2019, he said it was an “emotional and cultural” experience for visitors, not religious. The Transport Secretary Grant Shapps has been asked to intervene and grant it a special licence to return to the Netherlands.