Abortion rallies held outside US churches on Mother’s Day

Pro-choice campaigners staged rallies outside Catholic churches in America on Mother’s Day this weekend, calling for people to rise up against the threatened overturning of Roe vs Wade, the judgment that legalised abortion. A Supreme Court draft opinion was leaked last week, revealing a majority decision to overturn the judgment 50 years after it was set. The campaign group “Ruth Sent Us”, named after the late liberal Justice Ruth Bader Ginsburg, says the public should recognise that “six extremist Catholic” justices on the Supreme Court are proposing this change. Two surveys have also just been published. A Pew Research survey suggests that a majority of religious people in America, including Muslims and Catholics, think abortion should be legal – but white evangelicals are 75 per cent against. And a study from the Institute for Social Policy and Understanding has also just been published (see graph) showing a breakdown of religious groups in favour of abortion remaining legal. Religion News Service report here

The Ukrainian Orthodox leader, Metropolitan Epiphanius, has described President Putin of Russia as “the antichrist”. In a sermon on St George’s feast day on Friday, he said: “With God’s help, we will defeat the enemy, we will defeat the new Antichrist Putin, who has decided to destroy the Ukrainian people. But we must not fall, we must continue to be spiritually strong”. He spoke with conviction that Ukraine would defeat Russia and regain the occupied territories, to create a “united, independent, democratic, European Ukraine”.

Service of repentance for church persecution of Jews 800 years ago

A service of repentance for the way Jews were treated by the church in England 800 years ago, was held at Christ Church cathedral in Oxford yesterday. It marked the 800th anniversary of the Synod of Oxford in 1222, which restricted Jews from interacting with Christians, belonging to certain professions and building new synagogues, and which led to the expulsion of Jews from England in 1290. At the service, attended by the chief rabbi Ephraim Mirvis, the Bishop of Oxford Steven Croft, and the Roman Catholic Bishop William Kenney, the church apologised for its shameful actions which contributed to antisemitism down the centuries, and vowed to have positive relations with Jews in the future. The Archbishop of Canterbury Justin Welby said he hoped contemporary forms of anti-Judaism and antisemitism would be rejected. Guardian report here

The former Dean of Christ Church Oxford, Martyn Percy, who has just left after four acrimonious years, has given an interview to the Times, in which he says that he suffered a breakdown as the dispute descended to vicious depths.  He describes the details of allegations against him, which were subject to independent investigation and not proved, and his state of mind as a group of the college’s dons repeatedly acted against him.  In the interview with Andrew Billen, he says the Bishop of Oxford, Steven Croft, forbade him from giving a sermon at his leaving service in his church and he believes his future will likely be in academia. The Times interview is here

An international research organisation says social media companies are failing to take down posts with anti-Muslim misinformation and hate speech, despite complaints being registered. A report from the Centre for Countering Digital Hate, which has offices in the USA and the UK, says  Facebook, Instagram, Twitter, YouTube and TikTok are not acting on complaints. It analysed 530 posts which had been viewed more than 25.5 million times but only one in ten posts were taken down. It says the posts had anti-Muslim conspiracy theories, dehumanising and negative depictions of Muslims, racist caricatures and sectarian Hindu nationalist hate speech. It is launching a petition to challenge the companies to act.

The Scottish Daily Express reports a survey by the Indian Council of Scotland which says Hindus are not being treated equally in Glasgow compared to other ethnic minorities. It says hate crime leaflets are not translated into Hindi; and those who practice Hinduism have the lowest recruitment success rate at local councils and the NHS. But the local NHS says the number of Hindu employees is a higher proportion than in the population as a whole and denies a charge of “Hinduphobia”. The city council also rebuts the charge and says it is always looking at ways to increase the employment of people from BAME groups. In the last fortnight, the  Indian Council has said its complaints against MSP Humza Yousaf were ignored and called on Conservative MSP  Douglas Ross to resign for failing to sign its “Hinduphobia” code.

Thousands of Sikhs have celebrated the festival of Vaisakhi, in a colourful pageant at West Park, Wolverhampton on Sunday. It was the first time the major celebration had taken place since before the lockdowns. There was a parade from the Guru Nanak Satsang Gurdwara to the park, and entertainment, a funfair, food and speeches. Vaisakhi is a traditional Punjabi harvest festival celebrated in rural communities with processions, singing and colourful decoration. For Sikhs throughout the world, however, Vaisakhi also marks the inauguration of the Khalsa, the body of committed Sikhs who have decided to dedicate their lives to the values taught by the Sikh gurus. See our factsheet here 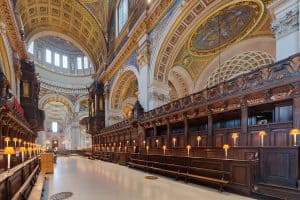 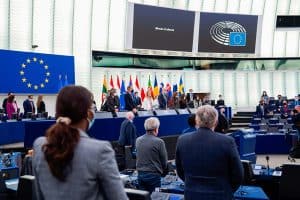