Passover is one of the most significant festivals in Judaism, in which Jews celebrate the liberation of the ancient Israelites from slavery in Egypt

Passover (Pesach in Hebrew) is an important biblical festival celebrated by Jews across the world for eight days (seven days in Israel). It commemorates the liberation of the people of Israel from slavery in ancient Egypt. Jewish families mark the first two nights of Passover with a Seder meal where participants eat symbolic foods related to freedom from slavery as they retell the story of the Exodus from Egypt.

The symbolic foods include four cups of wine, bitter herbs and unleavened bread (matzo). The festival takes place in the spring (15-22 Nisan according to the Hebrew calendar).

Where does the story come from?

The story of the liberation of the Israelites from Egypt is contained in the Book of Exodus (Shemot in Hebrew). The Children of Israel have suffered from decades of oppression and slavery. God orders Moses to lead them out of slavery. Moses goes with his brother Aaron to see the pharaoh and tell him that God requests “Let my people go.” The pharaoh refuses despite receiving several warnings as to the dire consequences.

God then inflicts 10 plagues upon the Egyptians:

In the build-up to the last plague, God orders the Israelites to take a lamb, to keep it for four days, then sacrifice it, roast it and eat it at a meal with bitter herbs and unleavened bread. God tells the Israelites to place the lamb’s blood on their doorposts and lintels as a “sign” so when the Lord goes through Egypt, the angel of death (mashhit) will pass over the houses of the Israelites. This passing over gives the festival its name in English.

The pharaoh allows the Israelites to go. They leave in a rush and they do not have time for even their bread to rise, so they bake unleavened bread. The pharaoh pursues the Israelites and corners them at the Red Sea. God parts the sea and the children of Israel walk to safety while the pharaoh and his men in pursuit become engulfed when the sea closes. The Israelites are free.

What role does unleavened bread play?

The story of the Exodus mentions matzo, sometimes called matzah, twice. For the eight days of Passover, Jews are forbidden to eat leavened bread. This rule is strictly interpreted and there cannot be a crumb of leavened bread, known as chametz: not even a trace.

Jewish homes are thoroughly cleaned to remove all chametz, which includes bread, cakes, breakfast cereals, pastas, and many alcoholic drinks. Families put away all utensils that have been used with bread (cooking utensils, plates, cutlery etc) and bring out Passover sets for use during the festival. They will also sell chametz to their non-Jewish neighbour. (They can buy it back afterwards.) They will stock their home with supervised Passover products.

What is the Seder?

Seder, meaning “order”, is one of the most popular ritual observances in the Jewish calendar. The Seder is a ritual feast conducted around family tables or communal gatherings on the first and second night of Passover.

Traditionally, Jews eat a number of symbolic foods that are on the Seder plate, drink four cups of wine as well as marking the biblical commandment of eating matzo and maror (bitter herbs). Jews no longer eat the Paschal roast, since the destruction of the Temple by the Romans.

What is the Haggadah?

At the Seder, families read from a set text called Haggadah, which scholars believe was formulated between the years 200 and 400. It retells the story of the Exodus through a variety of different sources and incorporates a number of customs designed to remind participants of the origin of the Seder meal.

Some communities have added songs over time. Every year, new editions are produced, with different commentary. There are more editions of the Haggadah than any other Jewish publication, some beautifully illuminated, including the 14th-century Golden Haggadah held in the British Library.

In recent years, it has become popular for many to add their own texts or study sheets as a supplement to the Haggadah.

What is the significance of Passover?

The festival has come to symbolise freedom, liberation and redemption. Passover is known as the season of freedom (z’man heyruteinu). The Torah (the first five books of the Hebrew Bible) and the Haggadah make it clear that the Israelites were physically freed from slavery so that they could chose a path to spiritual redemption and take on the commandments of God.

Much of the Seder focuses on the moment of liberation but also points towards a time of redemption. One of the most obvious signs of this is the fifth cup — the prophet Elijah’s cup — set upon the Passover table but never drunk. According to tradition, Elijah will arrive one day as an unknown guest to herald the advent of the Messiah.

Jews across the world have been inspired by this story and have associated the festival with contemporary social justice causes. Indeed, the Passover story has inspired billions outside the Jewish religion too: the hope that God liberates humanity from wrongdoing and oppression.

It has led to many retelling the story of the Exodus and understanding its meaning through a contemporary as well as historical lens. This is in keeping with the spirit of the Haggadah that “in each generation every individual is obliged to feel as though he or she personally came out of Egypt…”

Rabbi Alex Goldberg, is a barrister, a human rights activist, dean of the College of Chaplains and co-ordinating chaplain to Surrey University

Video of the Seder meal

The Story of the Four Sons 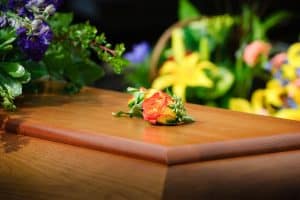 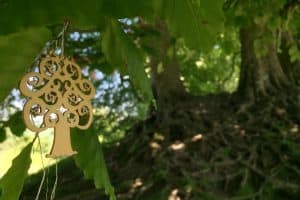