Britishness ‘under threat’ as Protestantism declines

The decline in the influence of Protestantism is threatening the cohesion of the United Kingdom, according to a leading academic and author.

Speaking to a packed audience at St Martin-in-the-Fields in central London, the Rev Diarmaid MacCulloch said religion in the early 18th century had been one of the main factors behind the creation of the United Kingdom, but its relevance had diminished.

“Protestantism is now a private hobby,” he said. “It’s no longer the glue which sticks our nations together.”

In an event organised by the Religion Media Centre in partnership with St Martin-in-the-Fields, Diarmaid MacCulloch, Emeritus Professor of church history at Oxford University, was speaking about the nature of Britishness in a post-Brexit world.

He said it was only with the Act of Union between England and Scotland in 1707 that the notion of Britishness took hold. It was Protestantism that brought the union about.

After centuries of war between the two countries, “the Kingdom of England had a new Protestant monarchy, separated from the Pope. There were elements in Scotland which wished to follow suit and throw off the tyranny of Rome, with the aid of their ancient English enemies . . . and the English did help the Scots create their own Protestant reformation”, he said.

With the union between England and Scotland, the idea of Britishness was born, and it grew stronger with the growth of the British Empire.

But, he continued, the decline of Empire and the weakening of Protestant influence raised an important question: “What is the point of Britishness now? Can you find a new reason to be British now, after the Protestantism has gone and the global empire has gone? Otherwise, I can’t see any reason at all for hanging on to it.”

In response to a question from the audience, he acknowledged that England and Scotland had been united for longer than many other countries, including Germany and Italy; that there had been 300 years of shared culture and artistic achievement between the two countries, and that many Scottish politicians had achieved high office at Westminster. He denied he was ignoring a richness in the United Kingdom which came from the participation of all its separate entities. And he went on to speak about Brexit.

“It’s quite clear England has decided to arrogate to itself the decision on its future relationship with the mainland. The Scots and the Northern Irish disagree with that decision. What price the past, in that case?”

The Rev Sam Wells, vicar of St Martin-in-the-Fields, was asked if the Church should be providing a “unifying vision” over Brexit.

“There were profound theological arguments on both sides of the Brexit debate,” he said. “The Church is being asked to take a moral lead, and at the same time to be a focus for unity. I’m not sure those two things are the same.” 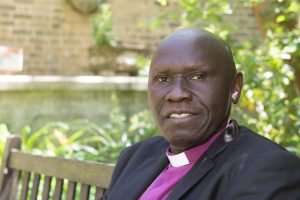 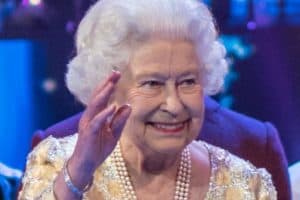