Covid-19 can be the catalyst to fight climate change

Faith groups must not miss the opportunity to spur the world to use the Covid-19 crisis as a catalyst to tackle climate change.

That message came loud and clear from activists and experts during a Religion Media Centre online panel discussion today. Early signs were that the pandemic would lead to a fall in global emissions of about seven per cent for the whole of 2020, by far the greatest single-year drop in modern history, the meeting was told.

“It could mean that 2019 might be the year when emissions of carbon dioxide on the planet might have peaked,” said Matt McGrath, an environment correspondent with the BBC.

But the question was if governments would use this unforeseen moment to reinforce commitments to green investment and renewable energy, or decide to try to reinflate the old fossil fuel economy, he said.

This was where the world’s religions could make their mark, said Martin Palmer, a leading figure in the religious environmental movement who now leads FaithInvest, a charity encouraging faith institutions to redirect their funds.

Instead of simply relaying green messages in Sunday sermons or Friday prayers, faith groups should see themselves as main stakeholders in the planet and act accordingly, he urged.

Half of all schools on earth are still run by religious organisations, along with one-third of hospital facilities. Fully eight per cent of land on the planet and 18 per cent of the global investment market is owned by the faiths, Mr Palmer said.

“We hope to say this is what the faiths are going to do, with our schools, our assets, our buildings, our clinics, our moral influence, the land we own, the farms we own. What national governments, international agencies are you going to do?”

Lorna Gold, the vice-chairwoman of the Global Catholic Climate Movement and a member of a Vatican committee on coronavirus, said significant changes were already occurring inside the main world religions.

“This is a pivotal moment,” she argued. “The greatest threat at the moment is the desire to return to normality. But normality was killing the planet. There is a real need now to support the transition to a new normal.”

Using the lessons learnt from lockdown, religions must hammer home the point that the health of people is inextricably linked to the health of the planet and forge a greater consensus on climate action in a post-coronavirus world.

Esben Lunde Larsen, a former Danish government agriculture minister who now works for the World Resources Institute think tank, agreed. He likened the current situation to a “bad Kinder egg where the chocolate tastes bitter, the surprise is dull and the toy is broken”. We were living in a health crisis that had prompted an economic crisis, but it was all in the context of the continuing climate crisis, he said

“This is a once-in-a-century moment to change what the world looks like,” he said, noting how countries and global institutions were preparing to invest as much as $10 trillion to recover from Covid-19.

Religious communities must step up to ensure that enormous sum was spent to resetting the economy on a more sustainable basis, he argued, given only people of faith could leverage moral arguments and build cohesion around social change.

But to do this, religious groups must be “sustainable frontrunners”, demonstrating how they were getting their own house in order while demanding others follow, Mr Larsen said.

Professor Chris Rapley, a climate science researcher from University College London, agreed, noting how 84 per cent of the world associated with a religion. “People are incredibly social and don’t decide their actions on the basis of facts and evidence. They change their behaviours by looking at what other people do.” Faith could act as a “north star” to guide this process, he suggested.

Jonathan Wittenberg, the senior rabbi of Masorti Judaism in the UK, said too often the faith voice in discussions on climate policy was “siloed” into a corner. Religious leaders should band together with scientists to their give their concerns more weight.

Mr Palmer agreed, noting that there was far too much talk and not enough action with multi-faith initiatives. “You don’t take the splinter out of somebody else’s eye until you have taken the beam out of your own eye,” he said, quoting Jesus’s remark in the Gospel of St Matthew. Rather then sending archbishops or swamis to meetings, why not send people who head finance or education teams?

“I’m slightly tired of yet another group of worthy people gathering to tell us what to do. We haven’t got the time. One of the dangers of faiths is we quite like to preach at other people but we can only do that if we are practising.”

But the tide was turning, he concluded. Thirty years ago when he first started trying to bring faith groups into environmental discussions the wider green movement dismissed them as “anti-science”.

Today, he said he was being bombarded by secular groups desperate to collaborate with religious organisations, because “we are the only group that have easily discernible beliefs from which you can draw values which can then shape behaviour”. 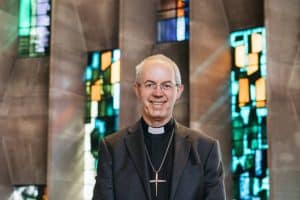 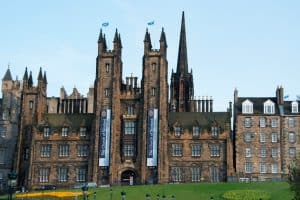