Fancy spending eternity near your hero or heroine? Try asking the PCC 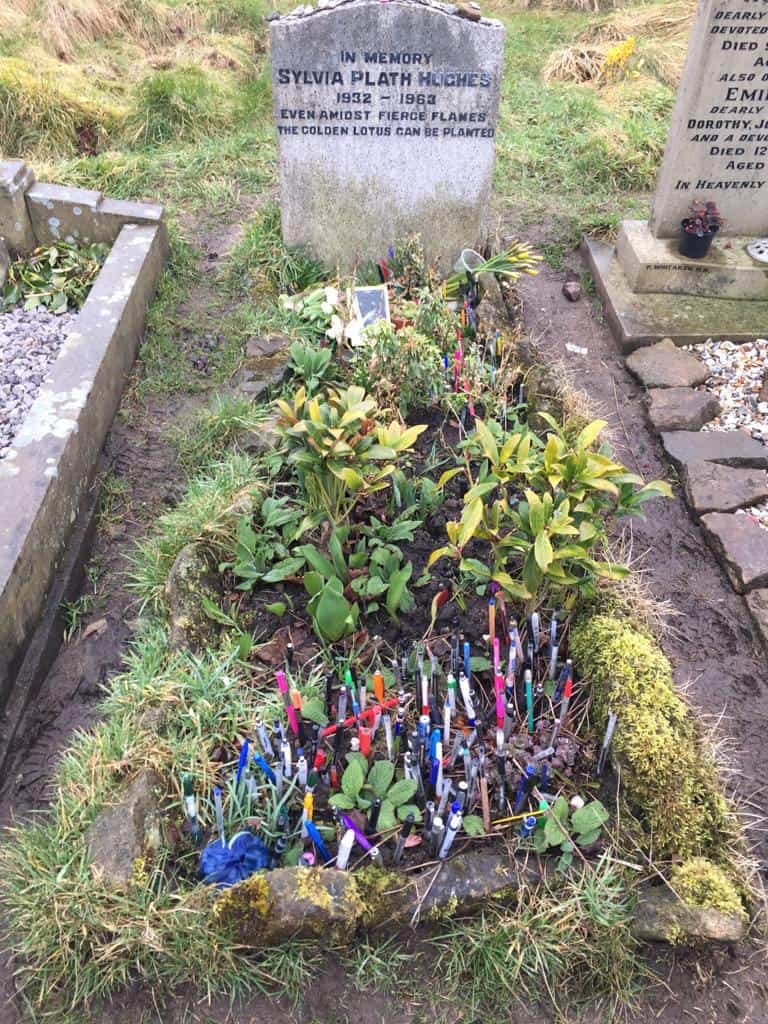 A 44-year-old woman from Oxfordshire has been given permission to be buried in the churchyard that contains the mortal remains of her literary heroine, the poet and novelist Sylvia Plath.

We don’t know the woman’s name or why she has eschewed the more traditional option of spending eternity near or with a member of her own family.

All we know is that during a visit to Plath’s grave at Heptonstall, in West Yorkshire, the woman, described as a committed Christian and lover of literature, “felt profoundly spiritual” and decided that she also wanted to be buried in the graveyard of St Thomas à Becket and St Thomas the Apostle Church.

She is fortunate. Being buried at all is nigh on impossible in some places because graveyards are full. At Heptonstall, however, there are apparently more than 450 spaces available and, according to the judgment of the Diocese of Leeds Consistory Court, the average number of burials there every year at is five.

Being buried where you don’t reside is likely to prove trickier still.

The court’s judgment makes clear that the right to be buried in a particular church graveyard extends to those who live, and/or die in the parish, and those who are on the electoral roll.

Unlike the right to be married in a particular church, the right to burial does not extend to those with a “qualifying connection”. However, the parish clergy can agree to a burial of “whosoever they choose”.

In this case, the Rev Karen Marshall, the interim priest-in-charge at St Thomas’s, was happy to approve the request. She acknowledged the interest in Plath, who killed herself in 1963, aged 30, after her separation from Ted Hughes, who became poet laureate in 1984. But Ms Marshall said the case was a first, with no one to date having “cited their reason for wishing to be buried here as being on account of literary associations”.

Many people, of course, visit the graves of their literary, musical or political heroes while falling short of wanting to buried in the same cemetery.

Labour leader John Smith, who died of a heart attack in 1994, is buried on the Hebridean island of Iona. The burial was opposed by some local crofters and fishermen who objected to Smith, a mainlander, being given a plot in a graveyard usually reserved for islanders and their descendants.

Tensions rose further when thousands of political pilgrims visited the grave, often behaving, according to one manager at the historic Iona Abbey, “quite appallingly” and causing damage to ancient tombs.

One man who did achieve post-mortem proximity, at least in part, to his literary hero, was another poet laureate, Cecil Day-Lewis, who so admired novelist and poet Thomas Hardy that he chose to be buried in the same graveyard in the Dorset village of Stinsford.

Only in part, of course, because only Hardy’s heart is in Dorset.  His ashes were interred at Poets’ Corner in Westminster Abbey, probably the most elite burial ground of all, and now home to what it calls “3,000 great Britons”, including more than 100 writers and poets.

One way to avoid the prying eyes of tourists is to follow the example of Alan Clark, the Tory MP, historian and political diarist, who was buried in the grounds of his home at Saltwood Castle in Kent.

Kirstie Allsopp buried her mother in her parents’ back garden because “curiously”, the TV presenter said, she wanted to be near the grave of the family pony. She is apparently in good company. So many people now want to be buried with or near a family pet that pet cemeteries are offering double plots.

Holywell Pet Cemetery, in Wales, offers a “final destination for pets and owners”. One couple were so impressed that they a bought a plot big enough for three humans and two pets. Gethin Hughes said the cemetery was immaculate and very peaceful, and there was “even an excellent tea-room”.

Sometimes, however, the church authorities need not be troubled. David Astor, editor of The Observer (1948-75), was buried next to his hero, George Orwell, in Sutton Courtenay, Oxfordshire, without the matter being considered by a consistory court.

Orwell, apparently an atheist, had asked to be buried in a country churchyard and Astor, whose family owned the manor of Sutton Courtenay, made arrangements. Orwell (real name, Eric Blair) died in 1950 and his friend was laid beside him in 2001.